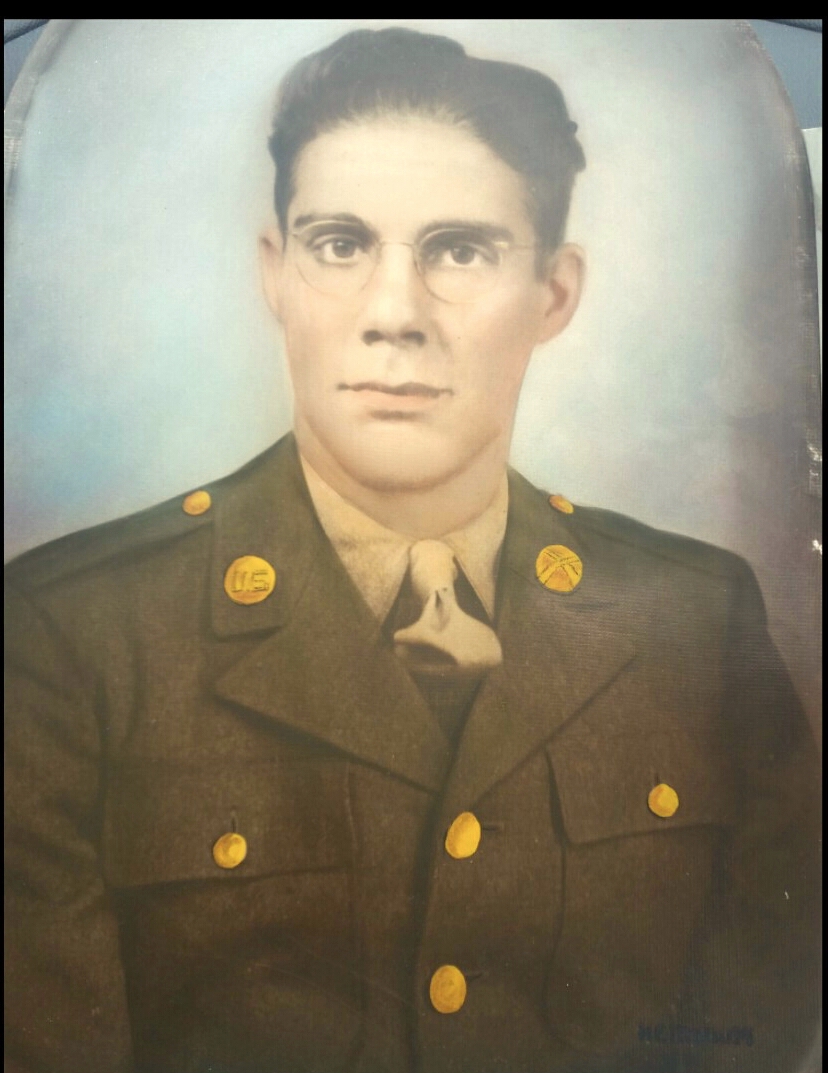 For one East Tennessee man browsing in a store put him closer to veteran relative” The Courier News: 6 November 2019
“My name is Matthew Clark. Earlier this summer I was blessed to discover a World War II era portrait of my great-grand uncle, Glenn W. Patton, hanging in an antique shop in Knoxville – a shop that I have never been to before and no plans to go to. I have posted it in several history groups I belong to and the response has been in the thousands, people are so amazed at the “miracle”.
Here is what Clark posted to various history groups in June:
“This past weekend I was in a Knoxville antique shop, just looking around. As I was walking down the aisles I glanced over at one of the booths and saw a portrait of a soldier, I gasped and almost screamed.
”The soldier just happened to be my great-great uncle Glen Wilson Patton, who died on June 26, 1944, from wounds he received during the battle of Saipan.
“His parents (Pattons) and Grandparents (Arnolds) were among those living in Wheat, Tennessee, when the government acquired the land in 1942 for the “secret city” of Oak Ridge.
“Glen was born on his family’s farm in Wheat in 1916, at the time he joined the Army he was a resident of Powell’s Station in Knox County.
“As soon as I saw the portrait I told the store owner I want to purchase it and that he is my great-great uncle, the staff were so happy to see it back in my family’s possession.
“When Glen died he left a wife Lizzie and a three year old son James.
“Glen is buried in the National Cemetery in Hawaii. This is a reminder to never give up searching for family photos/items, you never know when or where they may pop up.” 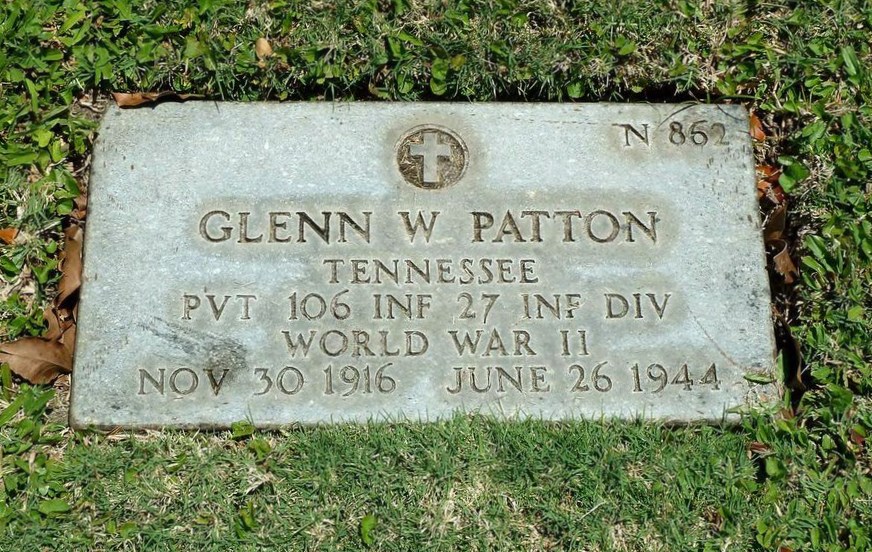 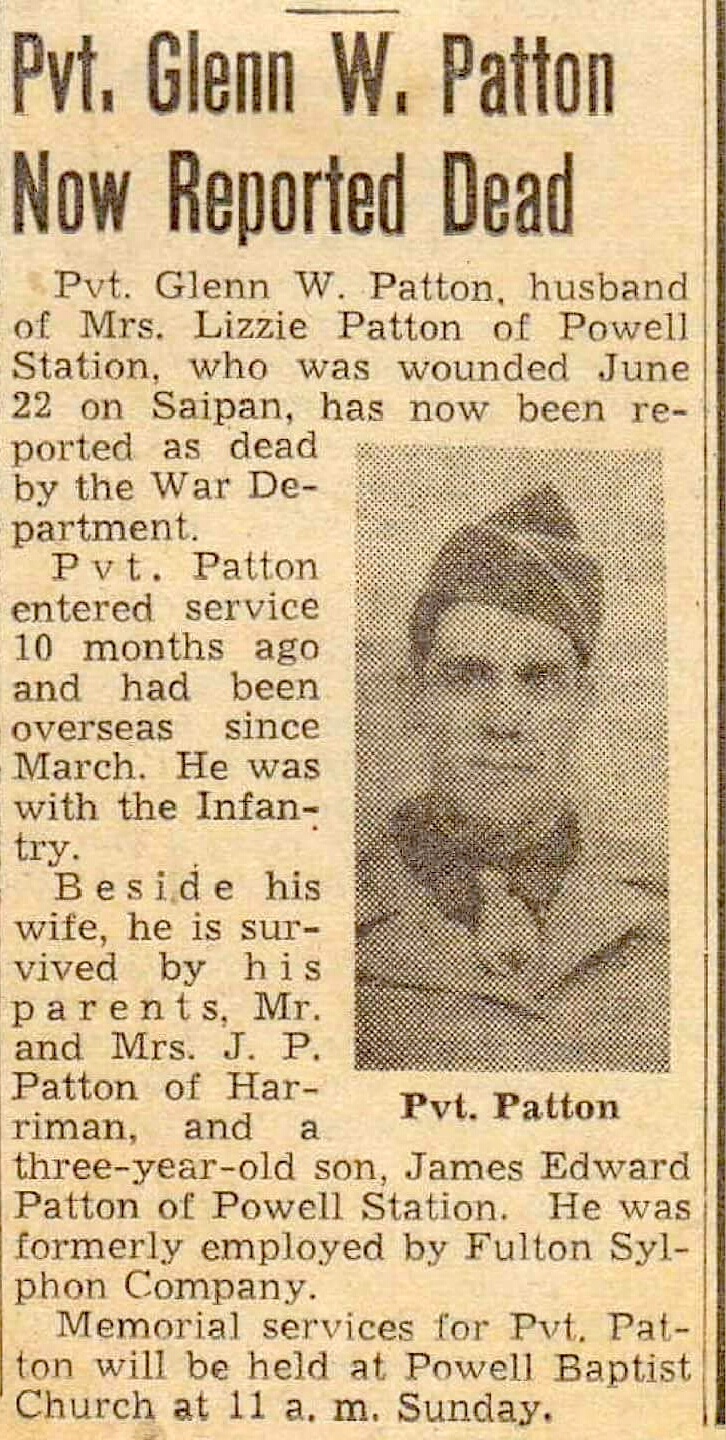 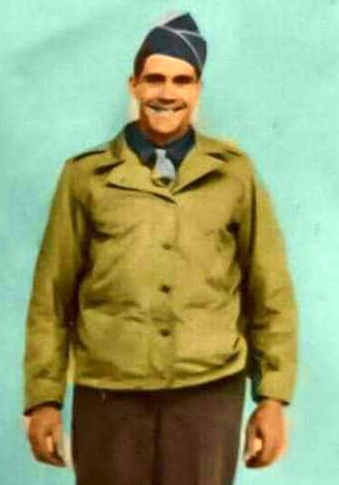 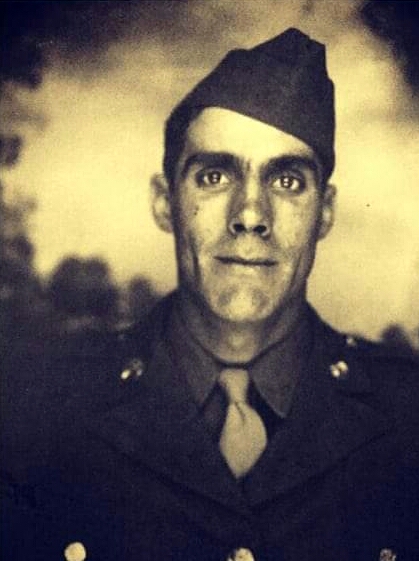 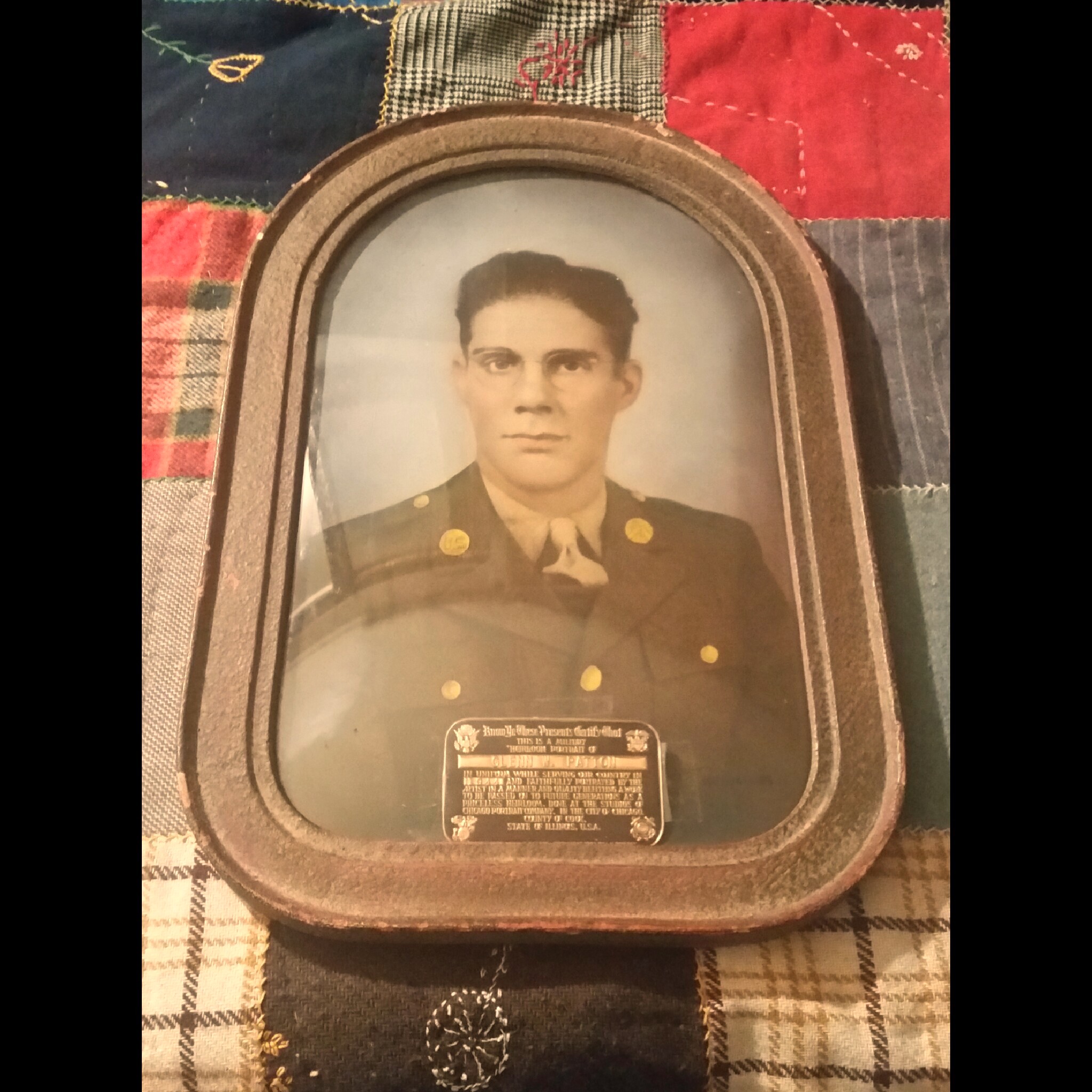 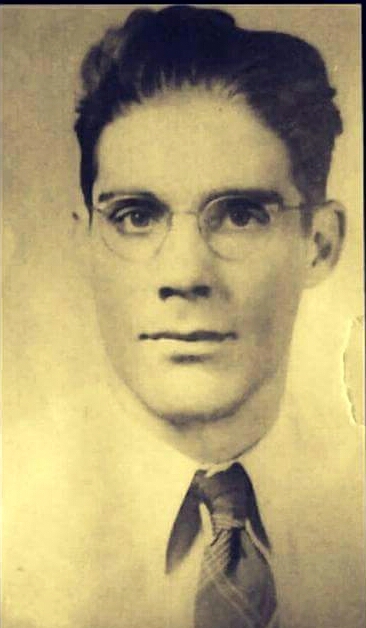