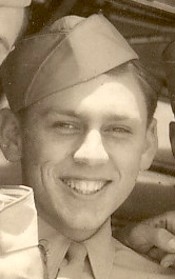 Glenn S. Morton is commemorated on the Walls of the missing at Manila American Cemetery, Manila, Philippines

Aircraft B-24J with serialnumber 44-70414 departed fron Pandaveswar in India on an objective bombing mission to Moulmein.

Statement from 2nd Lt Kenneth A. Hill, Pilot. Five minutes after leaving the target at approximately 1202, the formation was jumped by from eight to twelve fighters. All I saw were Oscars. Lt. Blair was flying in number two position on Lt. Young. Major Bradford was flying number four position directly behind Lt. Young. Lt Bodmer was in number three position, and I was flying number five position. When the fighters were first sighted the formation tightened up considerably. On about the third or fourth pass, Lt. Blair`s #2 engine caught on fire. He pulled out slightly to the left, and feathered the engine. The fire went out and Lt. Blair made a diving left turn into the clouds. He was not seen afterwards. Five minutes later Major Bradford appeared to be trying to look back to see what had happened to the other aircraft. He was flying a very rough formation, but none of his movements were violent. His aircraft went down slightly and to the left. He pulled up just under Lt. Bodmer, who was flying to the front and left of him. As he pulled up directly under the other aircraft Lt. Bodmer pulled up and out. After Major Bradford had moved back into position Lt. Bodmer again took his own position. Almost immediately the same thing happened to Major Bradford. He pulled up under Lt. Bodmer, and his left vertical stabilizer went into Lt. Bodmer`s bomb bay doors. Apparently #3 and #4 props of the other aircraft cut the tail of Major Bradford`s ship off, just behind the waist window. The ship pulled up violently and fell off into what appeared to be a spin. At the same time Lt. Bodmer’s aircraft lost one bomb bay door, and fell off on the right wing, did a half turn spin, and spiraled down. Both aircraft hit the water about 200 yards apart and exploded. No parachutes were seen to open.
The aircraft was last seen near Bilugynn Island, Bay of Martaban. 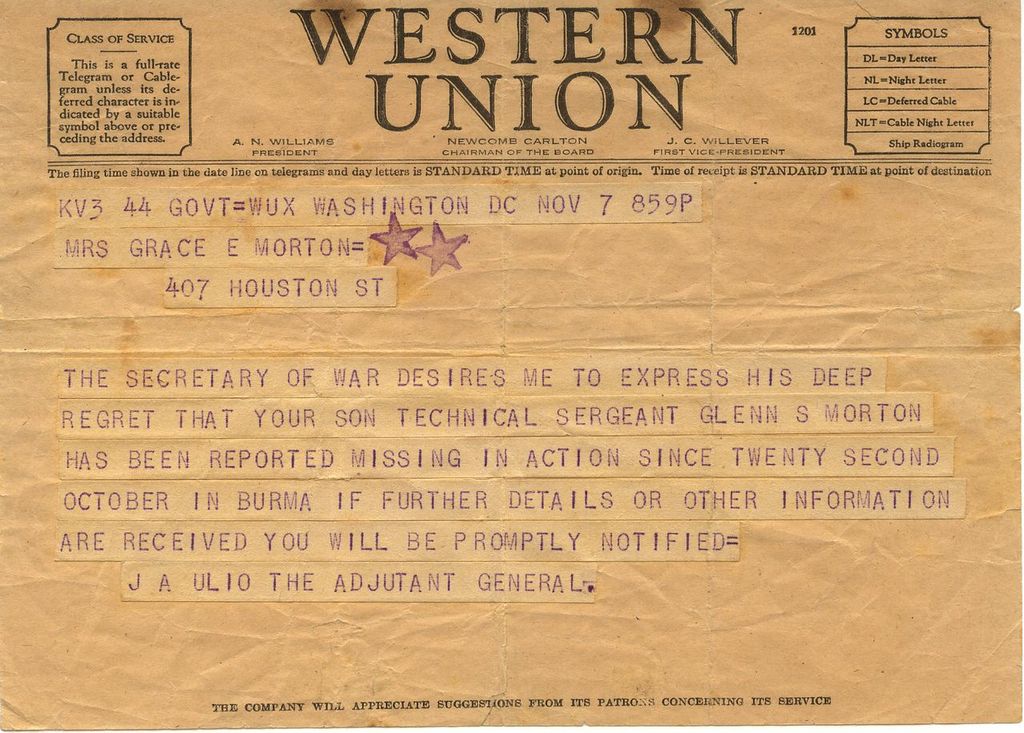 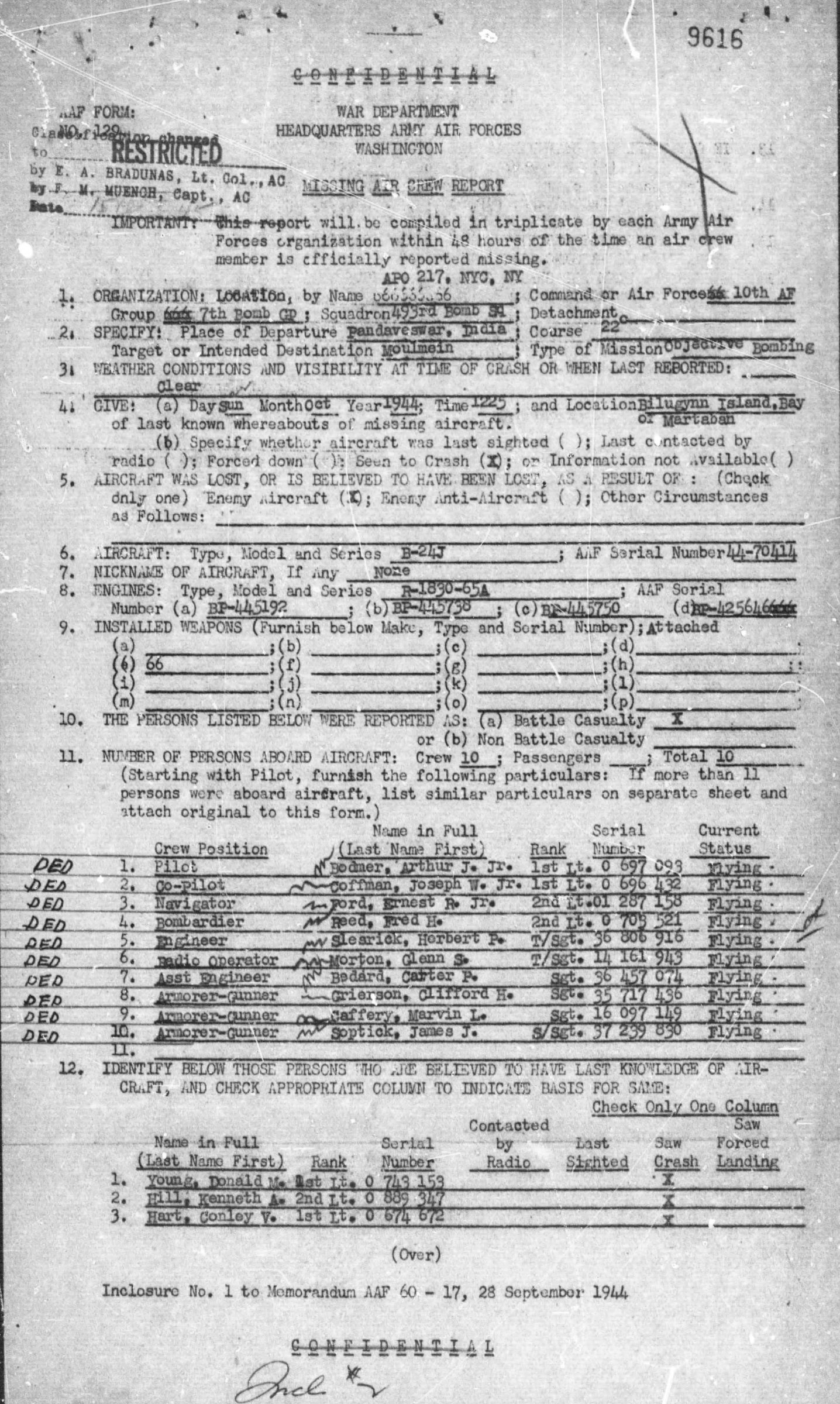 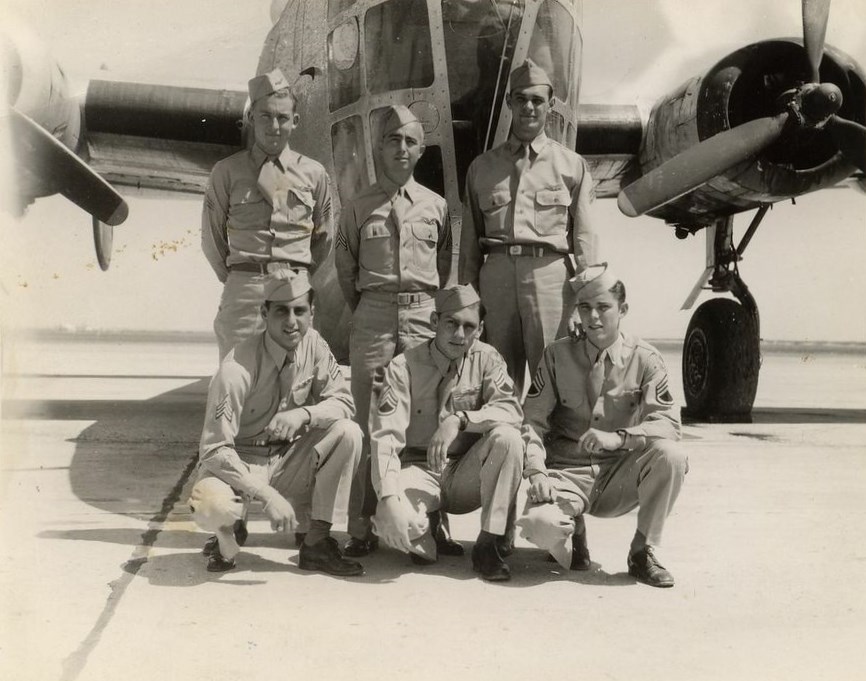 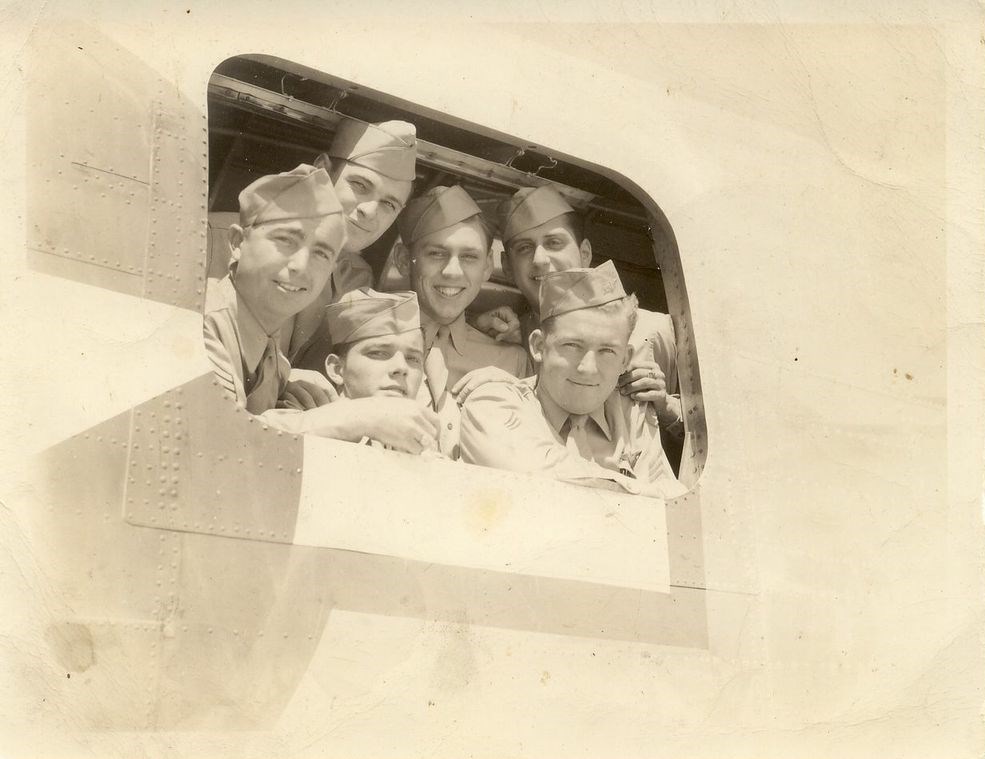