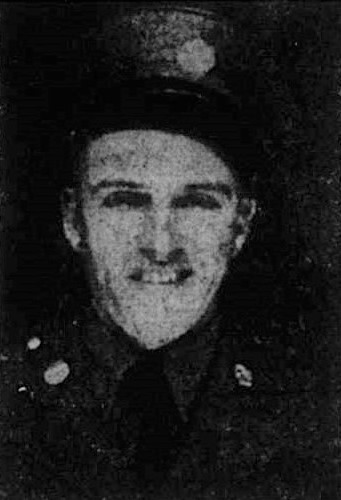 S/Sgt Pearce was killed in a plane crash in Egypt

The Plain Talk and Tribune, June 7, 1948
The body of Staff Sergeant Glenn H. Pearce will arrive at the Brown Funeral Home on Monday evening about seven o’clock. He is survived by his parents, Mr. and Mrs. J.C. Pearce of Newport; three brothers, Ray, Frank and Trent, all of Newport and two sisters, Mrs. Gwin Self of Newport and Mrs. Floyd Clark of Del Rio.
Sergeant Pearce was killed in action in Word War II. Aug. 2, 1942. He was twenty-six years old at the time of his death. He entered service May 16, 1941 and was a member of the Halpro Crew (A/C 41-11601, Nickname Hellzapoppin). In the latter part of Mary, 1942, this crew left West Palm Beach, Florida enroute to North Africa. The crew was stationed in Egypt but due to a minor airplane wreck, Glenn was seperated from his regular plane crew. He was left in Egypt to repair the plane while the others went on a bombing mission. They were interred in Turykey. Thereafter he served as a substitute. During the early morning hours of Aug. 2, 1942, when returning from a successful bombing mission to Roumania, Glenn was killed instantly near the base with eighteen other crew members in a serious airplane crash. He was flight engineer at the time of his death. He was buried at Telaviv in Palestine and later moved to Algeria, according to official reports. 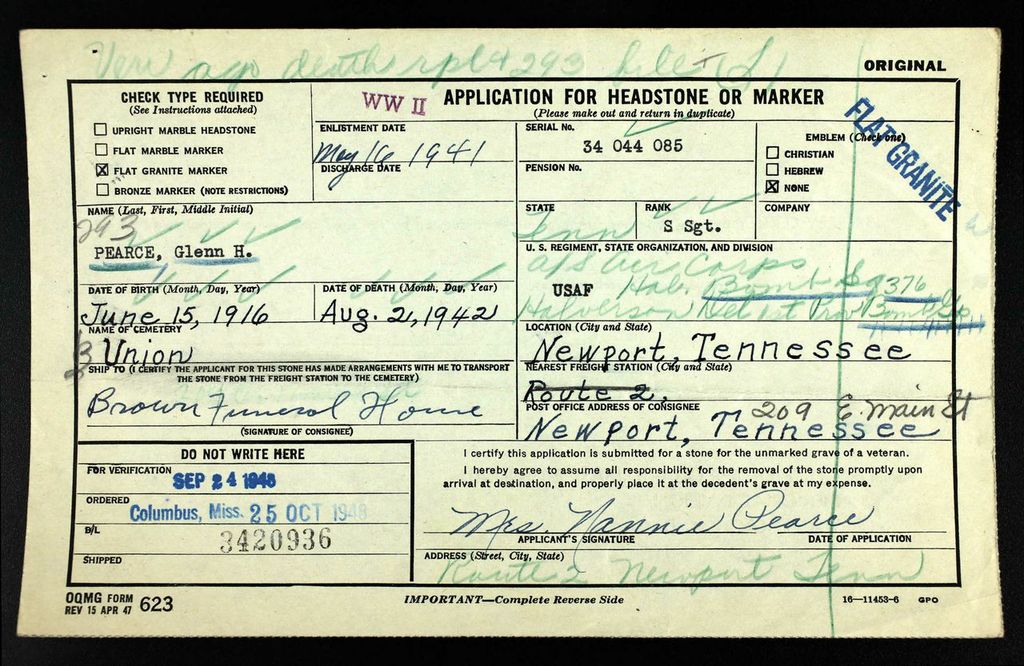