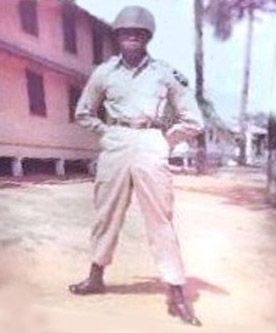 Specialist 5 Glenn Howell Kelley was born on March 28, 1942, and was originally from Chattanooga, Tennessee. He served his country in the Vietnam War in the United States Army with 40th Trans. Det., 117th AHC, 145th AVN Battalion, Military Assistance Command. Within his unit, SP5 Kelley worked as an aircraft rotor and propeller repairman, and had served in the Army for 3 years before his tour in Vietnam. On February 10, 1965, SP5 Kelley was killed in an explosion in his barracks in Quinhon, Binh Dinh province, South Vietnam. He was 22 at the time of his death. SP5 Kelley is buried at Chattanooga National Cemetery in Chattanooga, Tennessee, and is memorialized on the Vietnam Veterans Memorial on Panel 01E, Line 89. The following is a tribute to SP5 Kelley:

Francis Kaufman
Just a few words to honor your memory today for the day you made the SUPREME SACRIFICE on February 10th 1965. Glenn was among 21 soldiers killed and 25 wounded when a bomb destroyed their barracks in Quinhon, South Vietnam. At the time it was the largest loss of Americans in a single incident in the Vietnam War. To Glenn Kelley, you will never be forgotten.
Monday, July 14, 2003