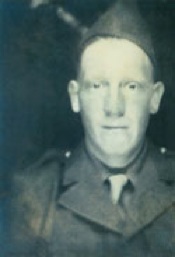 Glenn B. Frank was a native of Madisonville and was born on April 9, 1922. He was a farm hand and had attended grammar school when he was enlisted in the US Army February 16, 1943 at Fort Oglethorpe, Georgia. He was the son of Charles E. and Josephine Frank of Madisonville. Glenn was from a large family and had several brothers and sisters.

Private Frank was killed onboard the USS Serpens as it was anchored off Lunga Beach, Guadalcanal, Solomon Islands on January 29, 1945.

Private Frank was not assigned to the Coast Guard vessel but was visiting friends on board and decided to stay during the night. He was killed when an explosion occurred while loading depth charges onto the vessel and the USS Serpens sank.

He was originally buried at the Army, Navy and Marine Cemetery in Guadalcanal with full military honors and religious services. The remains of the men were repatriated under the program for the return of World War II dead in 1949. The mass recommittal of the 250 casualties took place in section 34 at MacArthur Circle, Arlington National Cemetery. 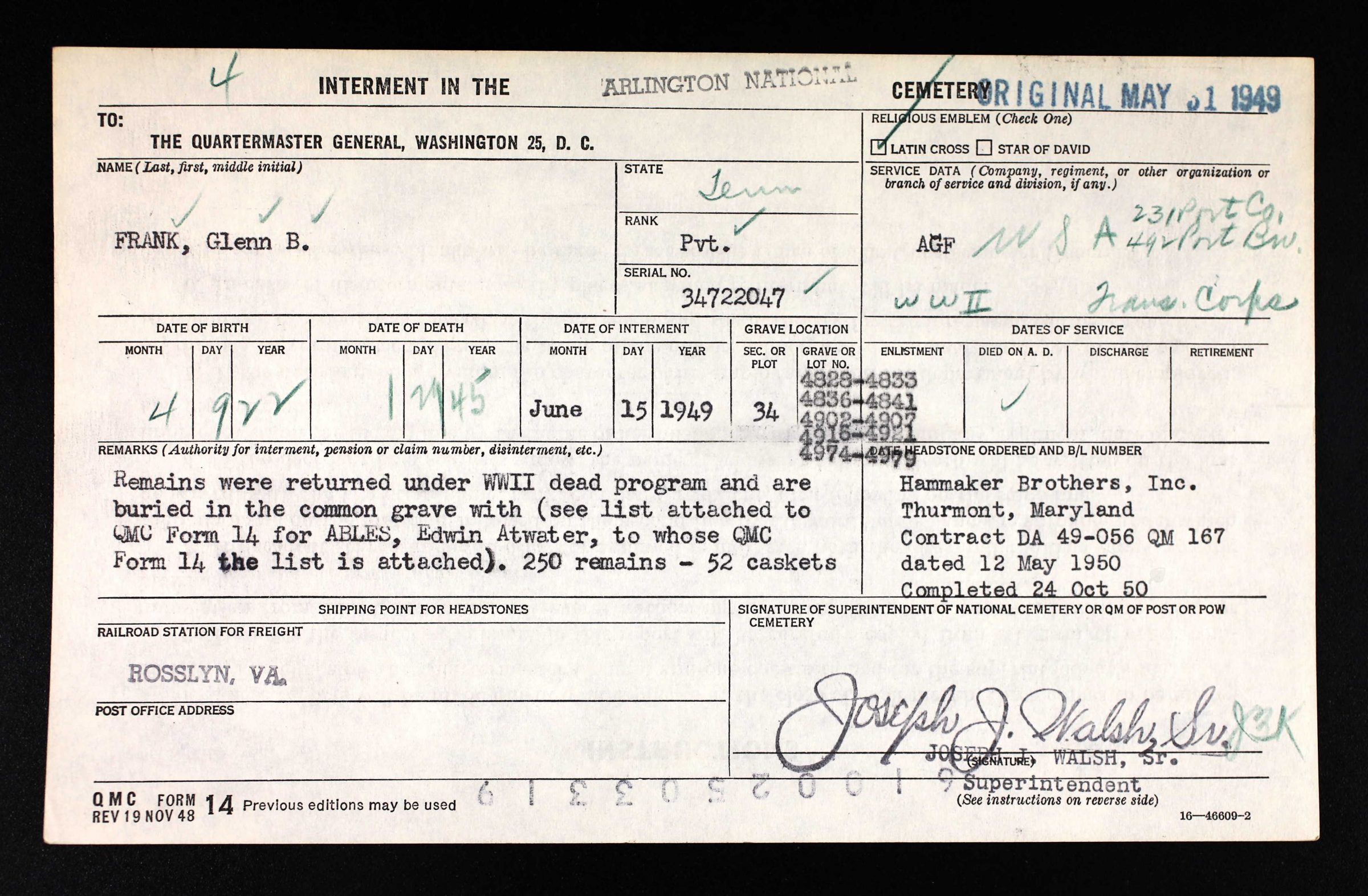