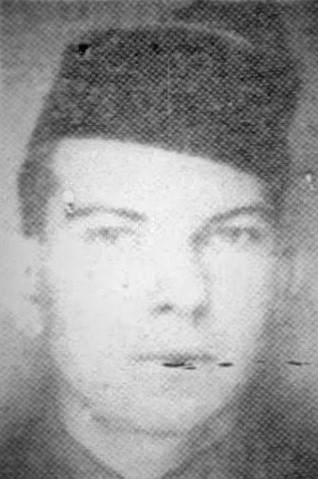 Glenn Leroy Watson was born February 15, 1927, to Roy Ellis Watson and Della Linebaugh Watson. The family home was Route 1, Mascot. Glenn attended Central High School before entering the service during the early years of World War II. He served with the United States Army in the Pacific theater. On June 25, 1950, when the North Korean Army crossed the 38th Parallel into South Korea he reenlisted being assigned to the 2nd Armored Reconnaissance Company, 2nd Infantry Division, and left for Korea the same month. In total, Private First Class Watson had served seven years in the armed services.

In the J.D. Coleman book, Wonju The Gettysburg of the Korean War, the author describes what occurred with the unit on February 14, 1951. The 2nd Reconnaissance Company of the 2nd Division had been screening at the crossroads of Chuam-ni when a unit of the company was attacked by the Communist Chinese forces. The 9th Regiment of the 2nd Division was called to reinforce the Recon Company. Together these elements set up a defensive position two miles east of Chaum-ni and were attacked again by the Chinese forces. These elements of the 2nd Division withdrew to the crossroads at Chuam-ni. Later the same afternoon the Chinese had surrounded elements of the 2nd Recon and 9th Infantry and fighting continued until ammunition began to run out. The commanders, realizing their position would not hold, gave the order to withdraw under heavy attack and the 2nd Division forces fled to the south. The withdrawal was conducted with the Chinese firing from both sides of the road and throwing torpedoes under passing vehicles. The men in the rear of the withdrawal were running backwards firing as they ran. One hundred and fourteen men, including Private First Class Glen Watson, lost their life on that day at the Chuam-ni crossroad. Private First Class Watson was killed a day before his twenty-fourth birthday.

PFC Watson was returned to Knoxville almost a year later and funeral services were held Sunday, January 13, 1952, at Roseberry Baptist Church. He was laid to rest in Roseberry Cemetery with full military honors provided by the American Legion Post #2.

In addition to his parents he was survived by two brothers, James C. and David, two sisters, Mrs. Glen Davis and Miss Joyce Ann Watson. 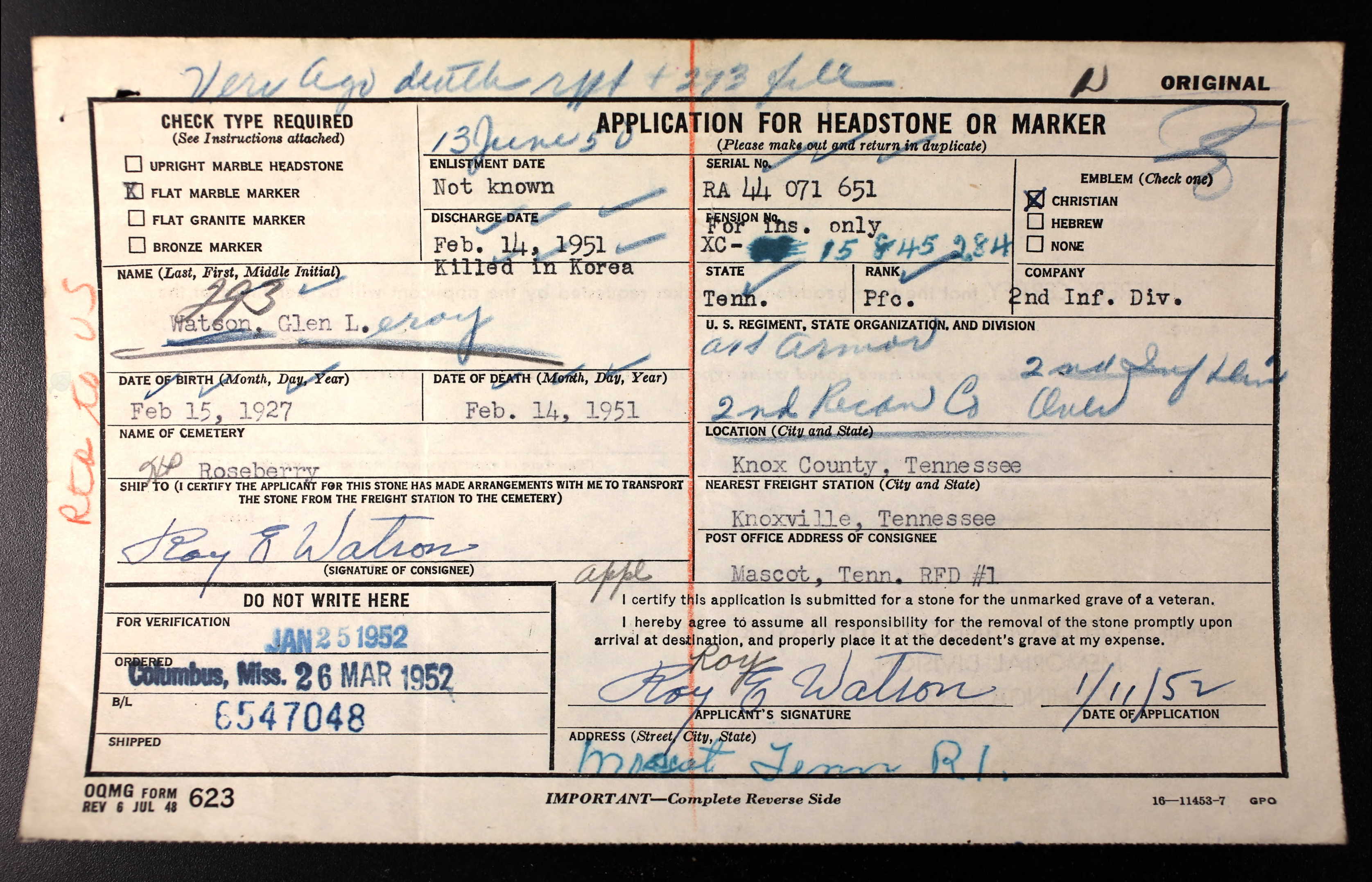 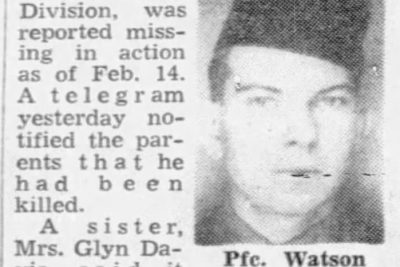 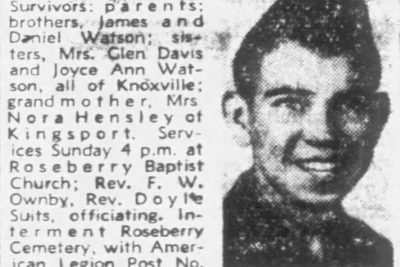