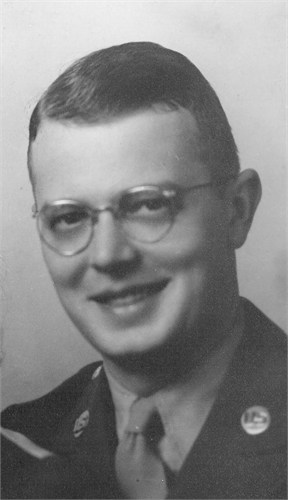 Staff Sergeant Gilbert Hunt Bailie, Jr. was born on October 21, 1913 in Haywood County, North Carolina. He was the son of Gilbert Hunt Bailie and Janie Hamilton Thompson Bailie. In 1930, he was living in a boarding house in Beaverdam, Haywood County, North Carolina with his mother, who worked as a bookkeeper at Fisher Mill. Sometime prior to joining the military, Staff Sergeant Bailie moved to Knoxville. He also received one year of college education. He enlisted in the military on April 18, 1942 in Fort Oglethorpe, Georgia. He served in the European theater of the war and was killed in action in the Battle of the Bulge on January 7, 1945. He is buried in Calvary Catholic Cemetery in Knoxville. 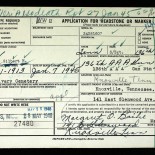 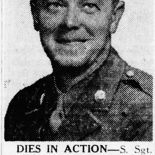