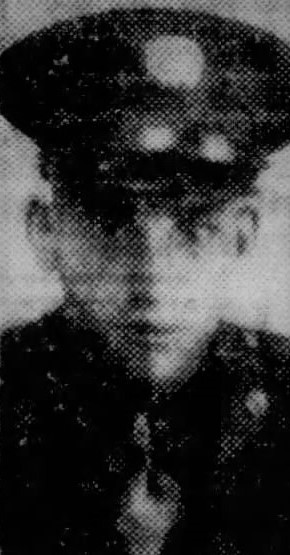 Enlisted on December 8, 1942 in Fort Oglethorpe, Georgia. He was captured on 20 February 1944 at Italy and died of wounds as a prisoner of war at Stalag 2B Hammerstein (99 work camps in vicinity of Koslin & Stolp) West Prussia 53-17. He was initially buried at the American Cemetery Margraten in The Netherlands.

The Knoxville News-Sentinel, May 24, 1945
Pfc. Gerome Cline, son of Thomas J. Cline, an attendant at Eastern State Hospital, died April 13 of wounds in Europe, according to the War Department. He had previously been reported a prisoner of war since February, 1944. He entered service in March, 1943, and went overseas in October. He was formerly employed by TVA. Besides his father he is survived by three sisters, Mrs. Vernie Cline, Mrs. Eula Lee Smith, and Mrs. Beulah Vest, all of Knoxville; and two brothers, Roger Cline of Knoxville and Pfc. Paul Hubert Cline now in Germany. 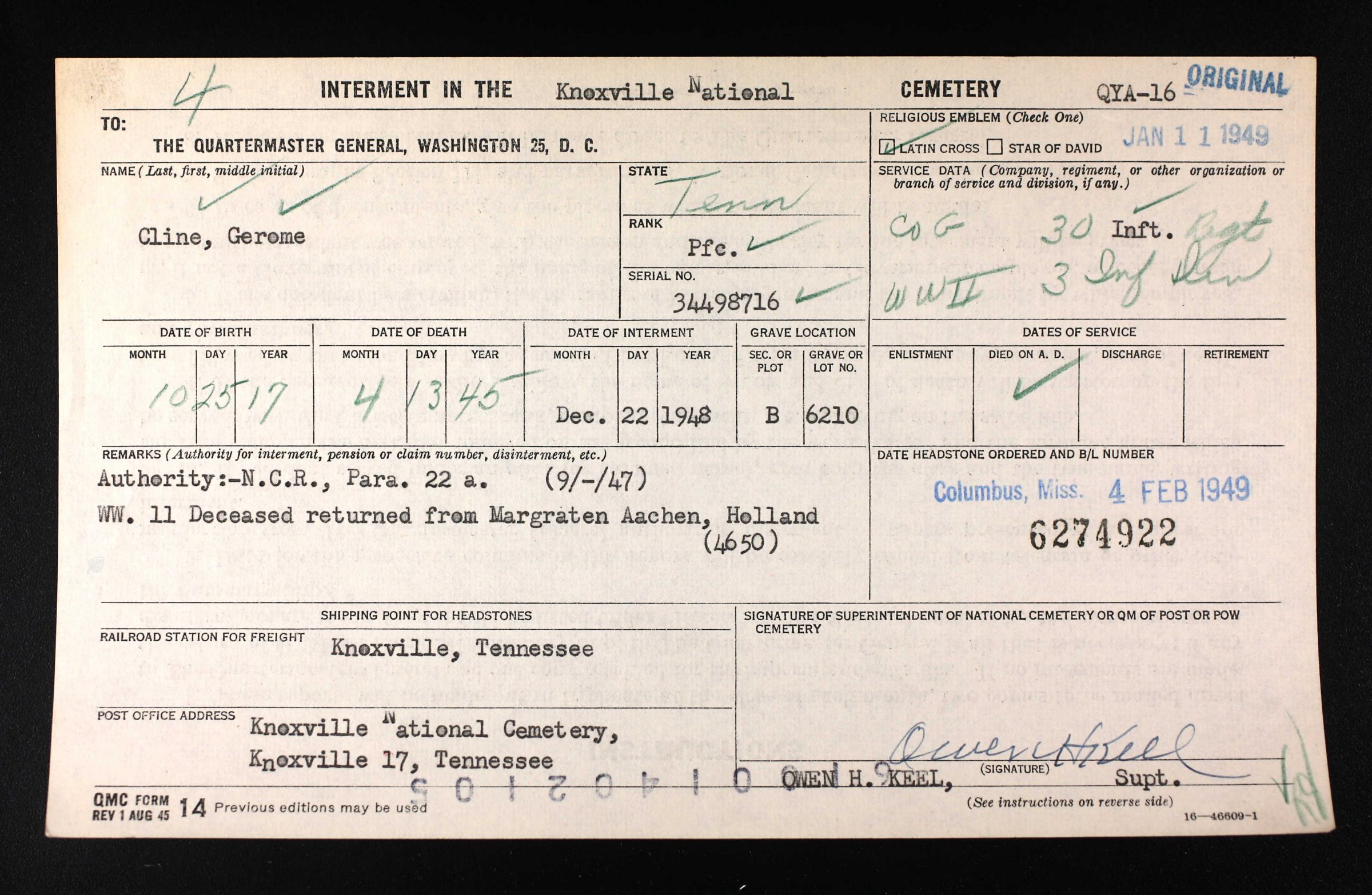 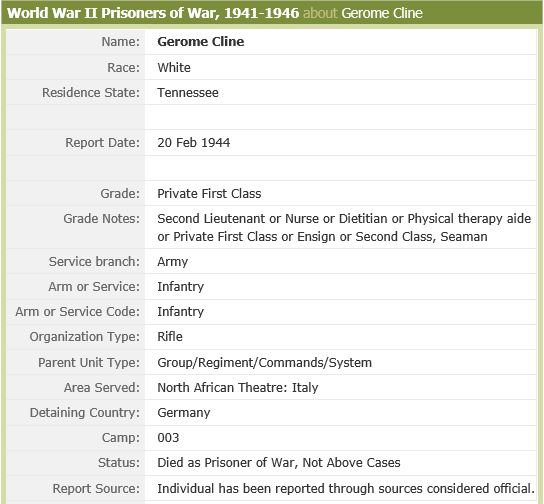 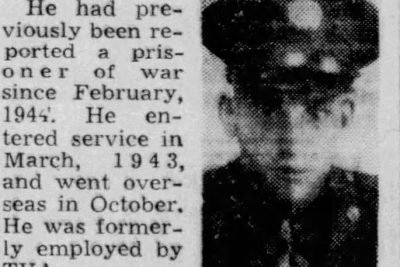