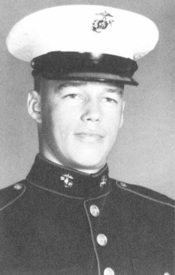 Tennessee, Pfc. Co. G, 2nd BN, 1st Marines, Vietnam – Purple Heart
In Loving Memory of My Son, Gerald, who Gave His Life in the Service of His Country

12 Jul 2006
I was Dobbs’s platoon commander. He was the best man in the platoon, and I don’t think anyone would disagree. He always carried a 100 round belt of 7.62 ammo for the machine guns. He always carried six grenades. M-26 grenades can get mighty heavy for those of you who don’t know. Most troopers carried no more than two. He always carried a stick of C-4. He always finished digging his foxhole among the first, and then helped others in his squad finish digging theirs. He never hesitated to walk point. He inspired confidence. If I knew I was going to be in a firefight and could pick just one man to be with me, I’d pick Dobbs.

I remember well his death. We were on a patrol on Hill 31 about 20 clicks south of Quang Tri. We had found a lot of land mines there, and had blown them in place. I can’t remember now how many – a couple of dozen or so I guess. So many that the First Division newspaper propaganda sheet did a story on it. Anyway we were walking down a trail in the late afternoon. We were in single file coming back from a place we had just cleared of mines. Dobbs stepped to the side to take a photograph of the unit, and he tripped an anti-tank mine.

Like the song says, The worst men live to fight, and the best of men must die. 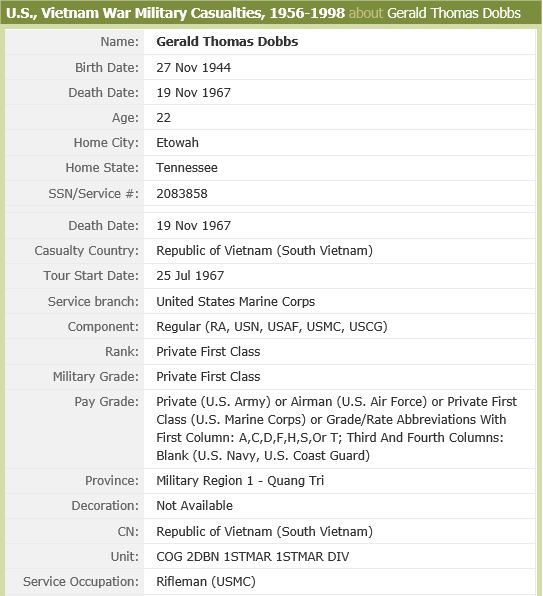