Aircraft B-17G with serial number 43-37837 departed from Chelveston in England on a heavy bombing mission to Magdeburg in Germany.

Very determined attacks were made by enemy aircraft, 15 to 20 in number, coming in 3 to 5 abreast on tail, low and level. Attacks made at 5204N-1140E, at about 1204 hours, continuing till about 1212 hrs at 5217N-1159E. Several individual attacks were made later. This aircraft rolled over on its back and went down completely out of control. 5 Parachutes were seen to open. The plane crashed south-southeast of Croechern, 28 km north of Magdeburg. 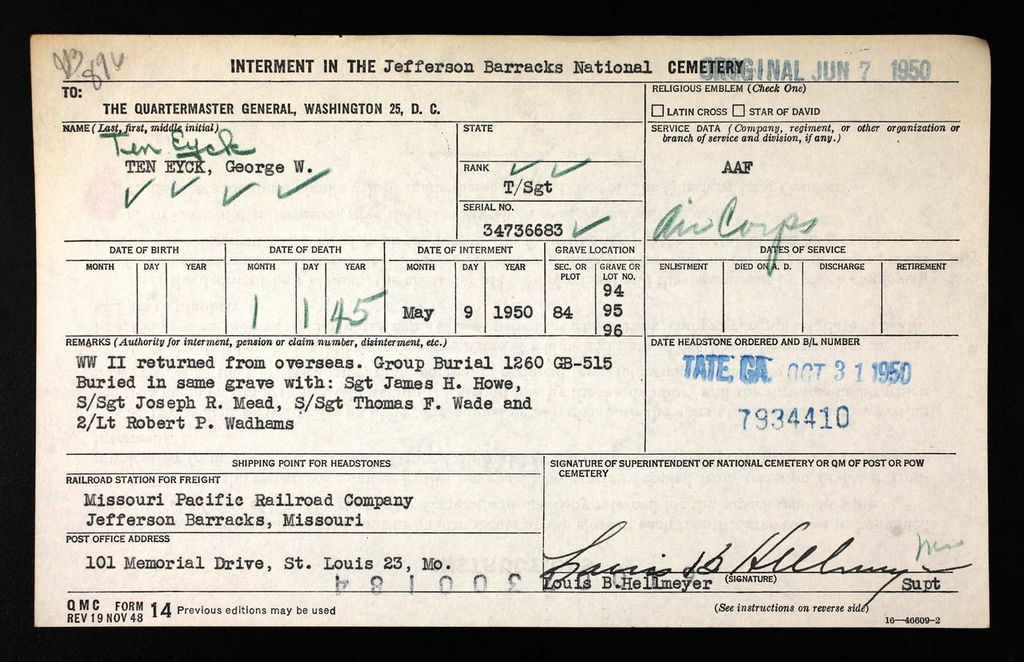 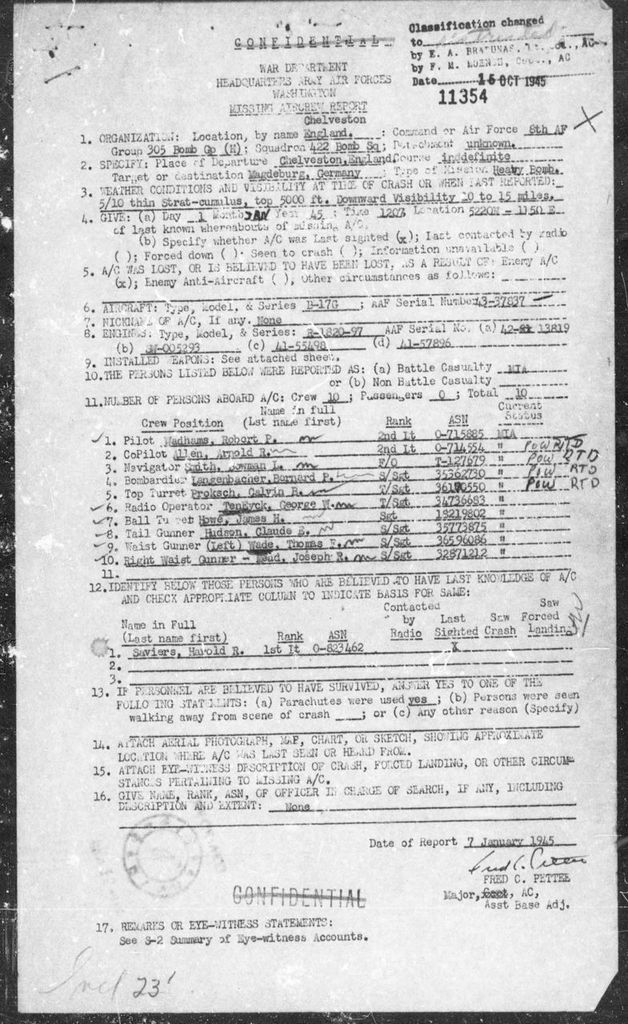