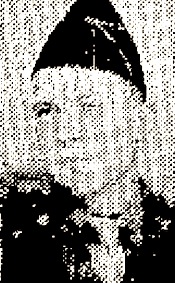 The Kingsport Times News. 18 November 1945
George W. Shultz killed in Germany
T/5 George W. Shultz, 20, son of Mr. and Mrs. Everett Shultz, Kingsport, Route 3, was killed October 1, 1945 at Stuttgart, Germany. He was serving with the Field Artillery of the U.S. Army and died as result of an electric shock when he came in contact with an overhead high tension wire while riding on top of a tank which was on a railroad flatcar. He entered the service March 2, 1941, and trained at Camp Campbell, Ky., and Los Angeles, Calif. He had been overseas one year and seven months. He had lived in Kingsport two years before entering the Armed Forces. 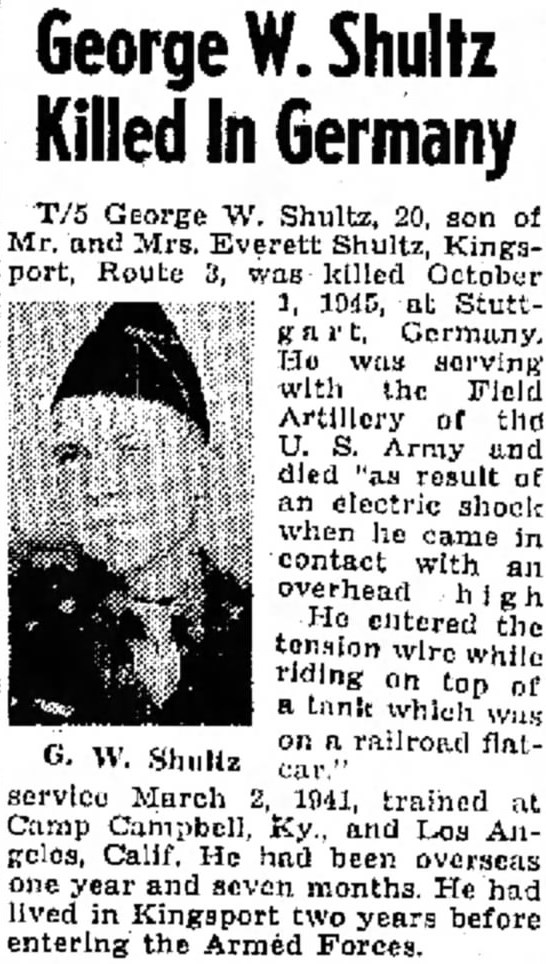 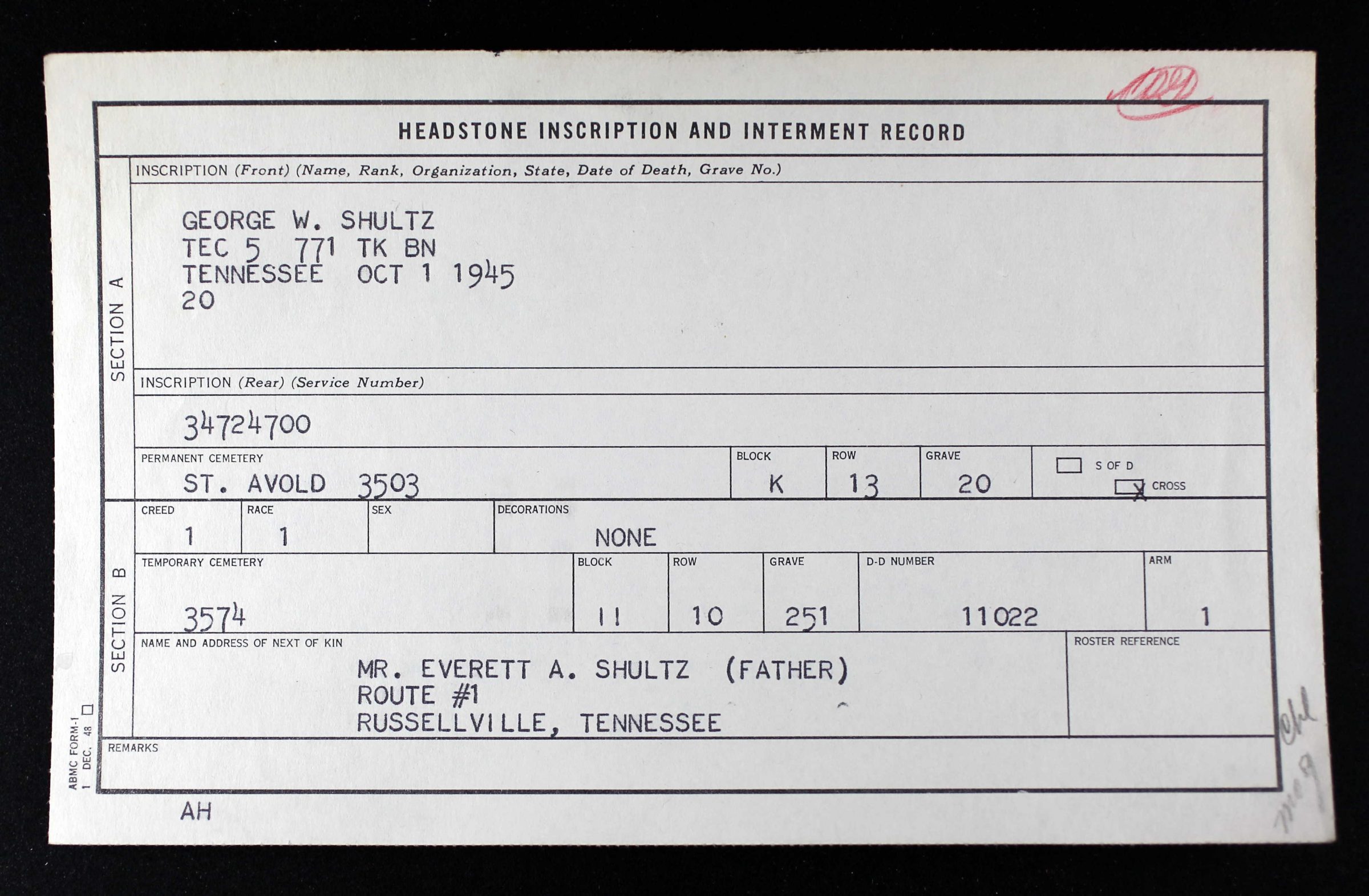