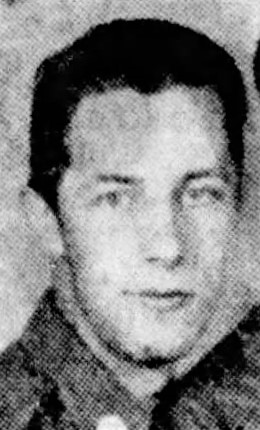 George William Hall was the son of Lurva and Ossie Hall.

Private First Class George William  Hall was a member of Company F, 2nd Battalion, 35th Infantry Regiment, 25th Infantry Division. He was listed as Missing in Action while fighting the enemy in Korea near the Hantan River. He was presumed dead on March 1, 1954. His name is inscribed on the Courts of the Missing at the Honolulu Memorial.

The Knoxville News-Sentinel, December 27, 1943
Pfc. George W. Hall, son of Mr. and Mrs. Lurva Hall, Route 84, Inskip, had been in service less than six months and overseas less than six days when he was listed as missing in April, 1951. The Defense Department has never listed details of his disappearance, but his family believes he may have been a casualty the first time he saw action. He was hospitalized with a foot infection immediately after arriving in Korea and wrote that he would be “up and around in a few days.” His letter was followed by a notice that he was missing. 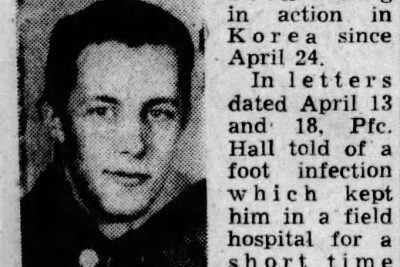