1st Lieutenant George W. Denman, O-2069964 US Army Air Forces, was born on the 7th of May 1922 in Tennessee to L.A Denman and Genevieve L. Denman of Polk County. He was enlisted at Fort Oglethorpe Georgia on 17th of May 1943. And was assigned as a Navigator, to the 861st Bomber Squadron, 493rd Bombardment Group Heavy, flying in a B-17, based out of Debach, England.

On the 30th of March 1945, the target was Hamburg, Germany, the 493rd Groups Mission #141. Flying aboard B-17G 43-39226 Lt Denman was killed in action this date. He was 22 years old. He is remembered on the Tablets of the Missing, Netherlands American Cemetery in Margraten.

Post-war statement of 1st Lt Martin Dwyer Jr.:
“Our plane was hit by enemy flak, caught on fire and blew up in mid-air. Our Pilot told me that he was the last man to clear the ship and claims that all the men in the nose of plane bailed out. Germans showed me subject’s dog tags and told me subject was dead.” 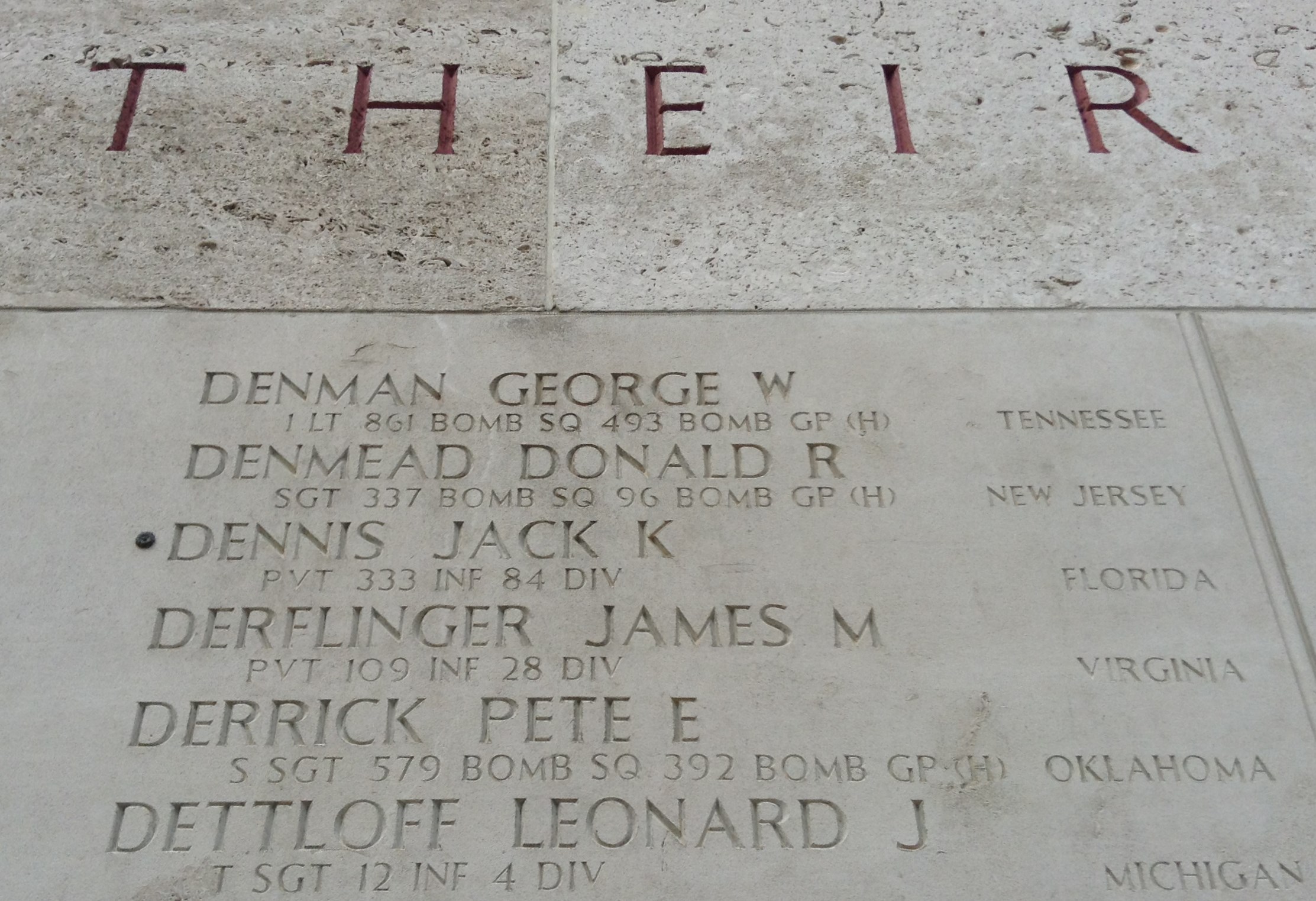 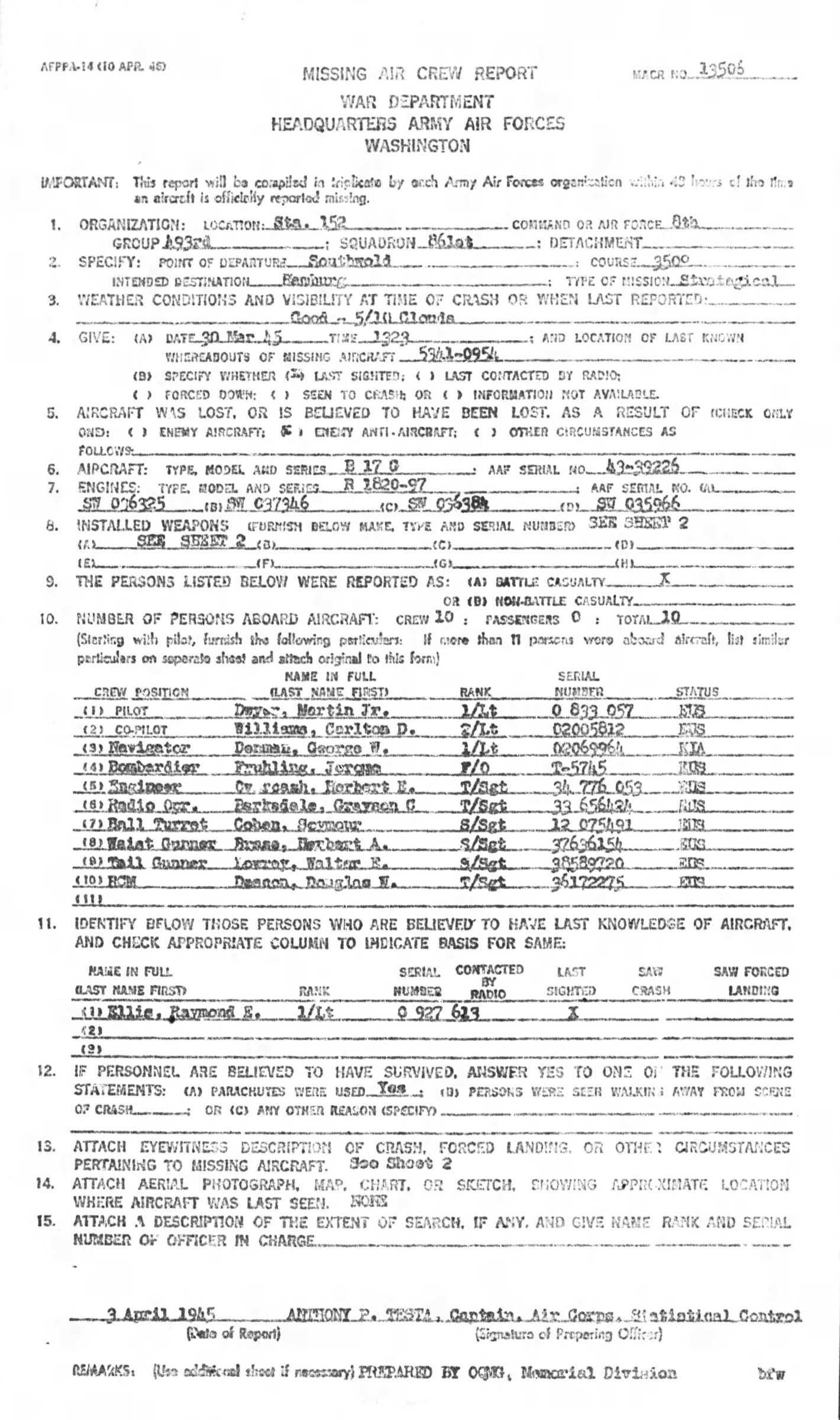 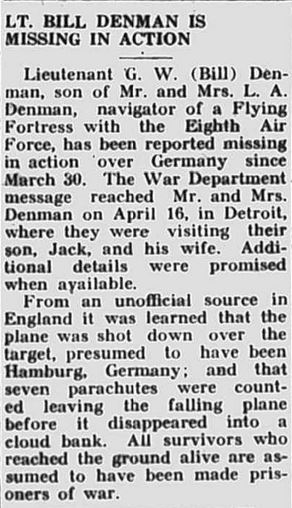