The Kingsport Times, 30 April 1920
Send soldier´s body here from England Memorial Services for Private George W. Cloud will be held Tuesday. Memorial services over the body of late Private George W. Cloud, who died Nov. 7, 1918, while with the American Expeditionary Forces in camp at Morn Hill, England, will be held next Tuesday afternoon at the Presbyterian church in Old Kingsport. Private Cloud, who was a son of the late Mr. and Mrs. J.T. Cloud and a brother of Charles R. Cloud, of this city, died of pneumonia six months after his entry into the army, and his body is the first to those of Sullivan county boys who lost their lives overseas to be brought home for burial.

The Kingsport Times, 4 May 1920
Body of Private Cloud fails to reach city The body of the late Private George W. Cloud, of Kingsport, who died nearly two years ago in England, which was expected to arrive here this morning, was not sent in accordance with arrangements, and the memorial services scheduled for this afternoon in Old Kingsport have been postponed. Private Cloud´s body is expected now either tomorrow or Thursday. 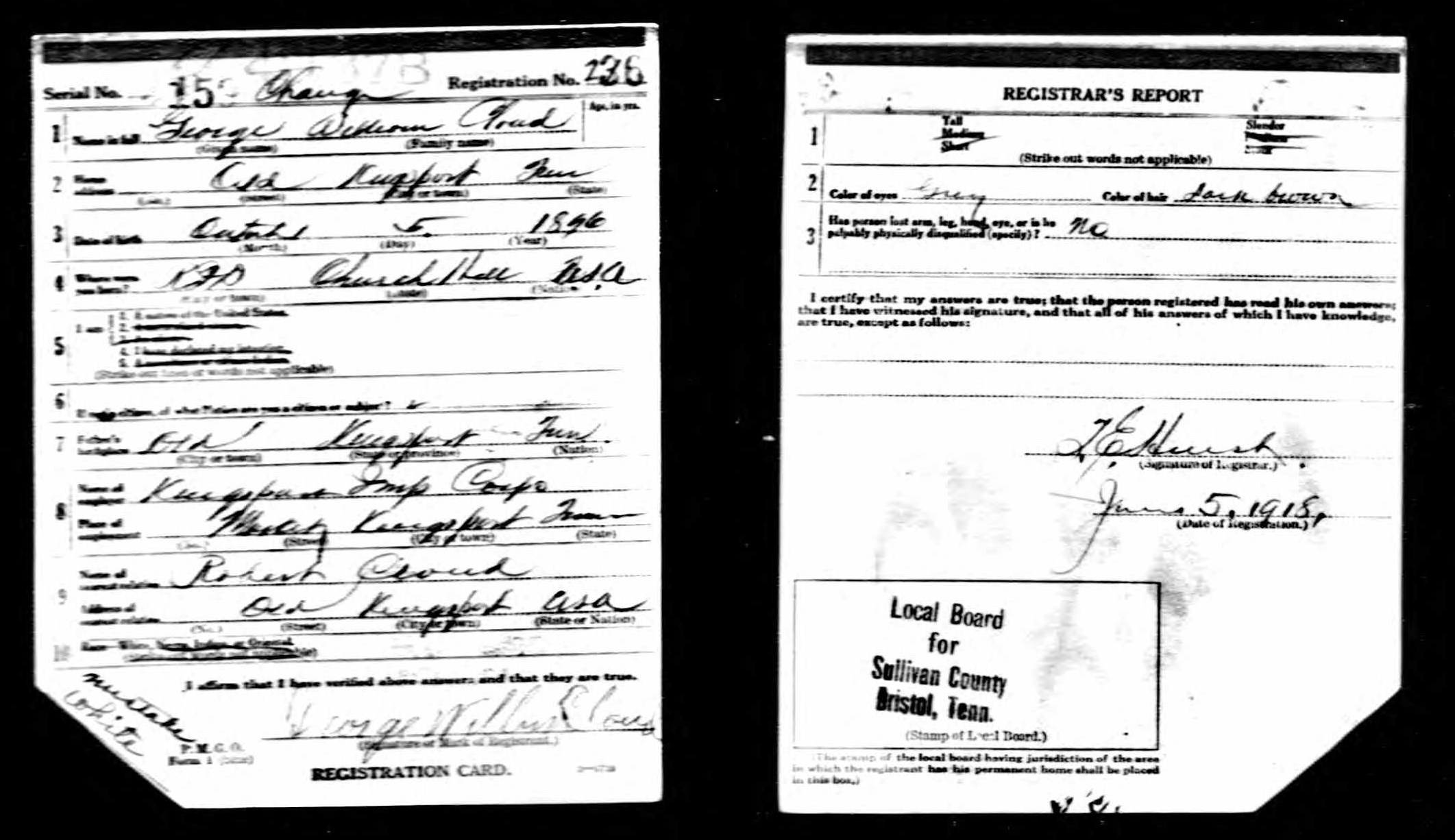 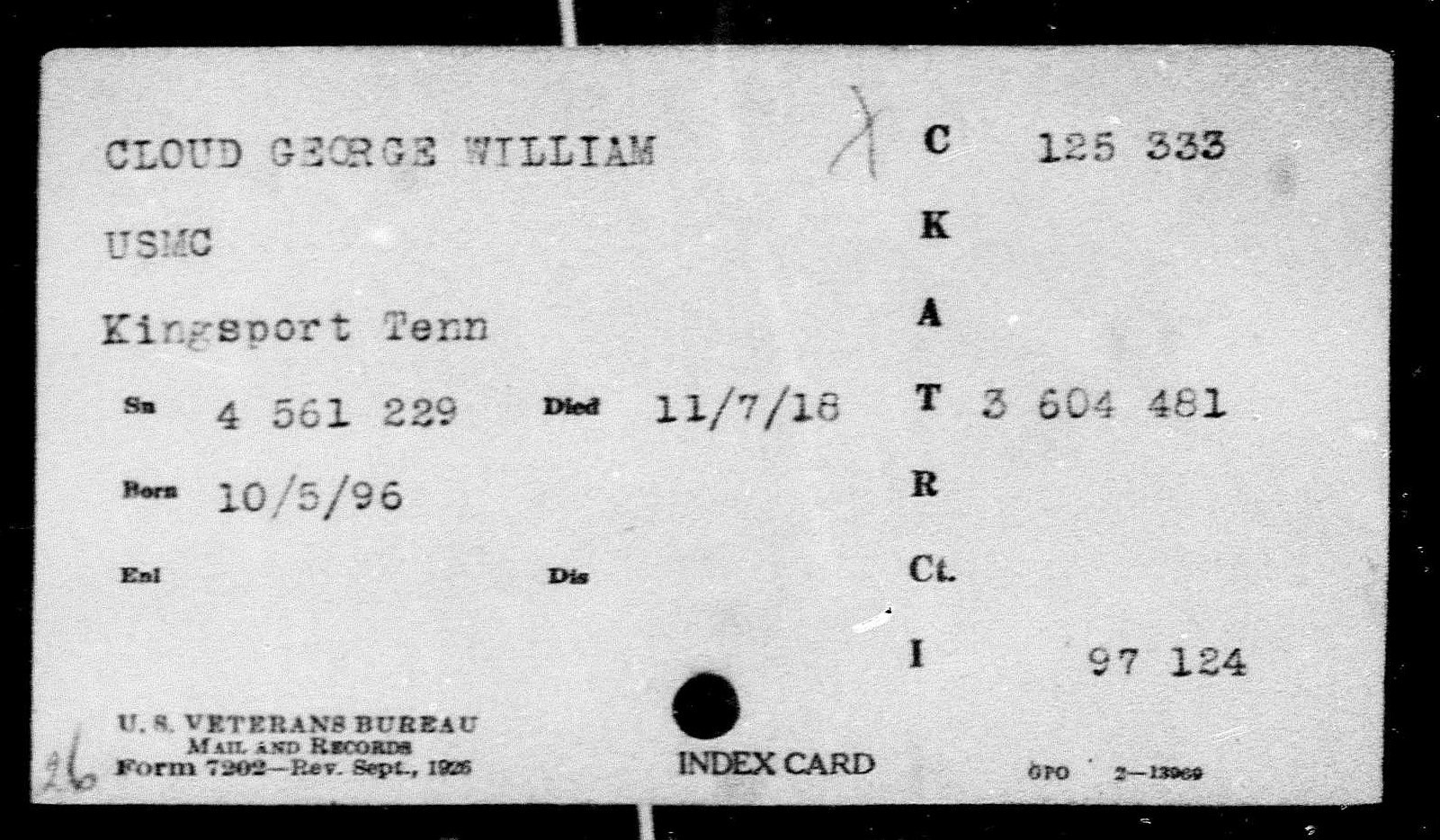 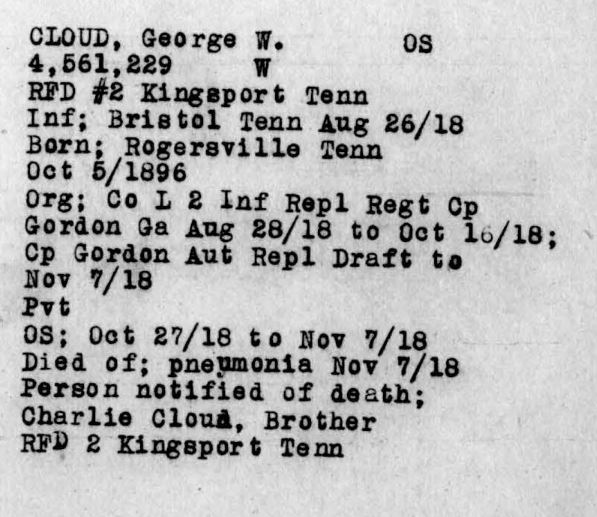 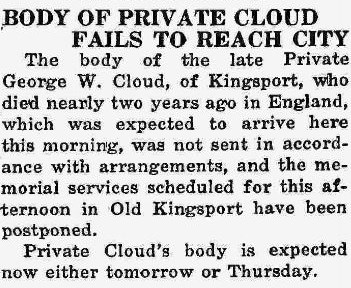