Gunner’s Mate 3c George Washington Baughman was listed as dead on 2 April 1944 and is listed on the Tablets of the Missing, Manila American Cemetery, Manila, Philippines. He served on the U.S.S. West Virginia and was transferred to the U.S.S. Dewey DD-349 in 1941 and was reported missing in action on the U.S.S. DeHaven on 1 February 1943 as a result of action against the enemy. He was officially declared dead on 2 April 1944.

During the day of February 1, 1945, the U.S.S. DeHaven was operating with Task Group 67.5 supporting the movement of six LCT´s and one AVD incident to the establishment of a beachhead at Morovovo on Guadalcanal Island. In the afternoon on February 1, 1943 the DeHaven was engaged in the anti-submarine patrol covering the return to their base of two LCT´s.
The DeHaven was attacked by six enemy airplanes. The ship was hit by three bombs in quick succession and was, in addition, damaged by one near miss. All way was lost after the first hit and shortly thereafter the DeHaven began to settle by the bow. No serious fires were seen. About two minutes after the last hit, the DeHaven was seen to sink.

I was a half brother of G.W. Baughman. I never met him because I wasn’t born yet, but to me he was a hero.
–Submitted by Johnny Baughman 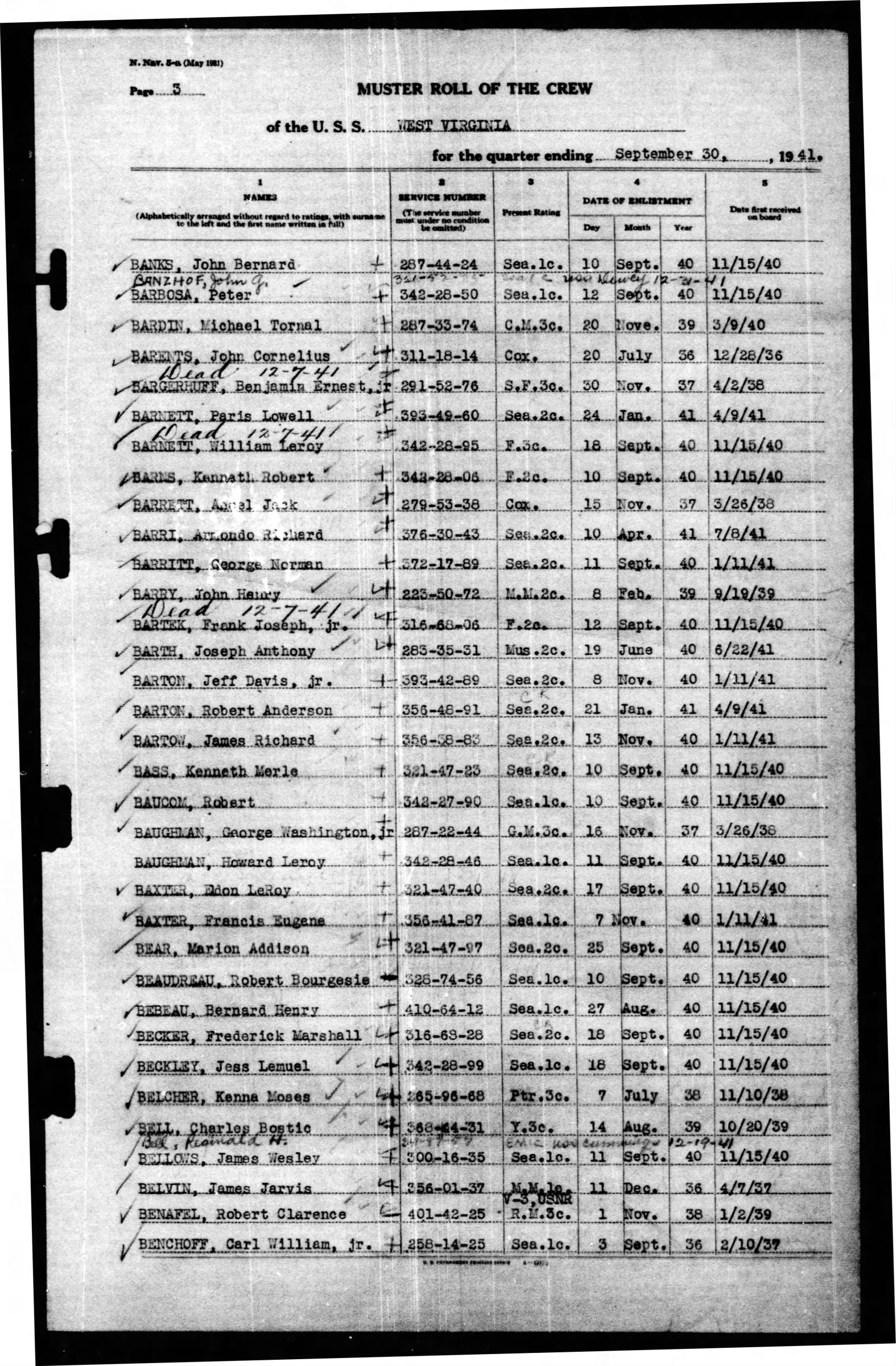 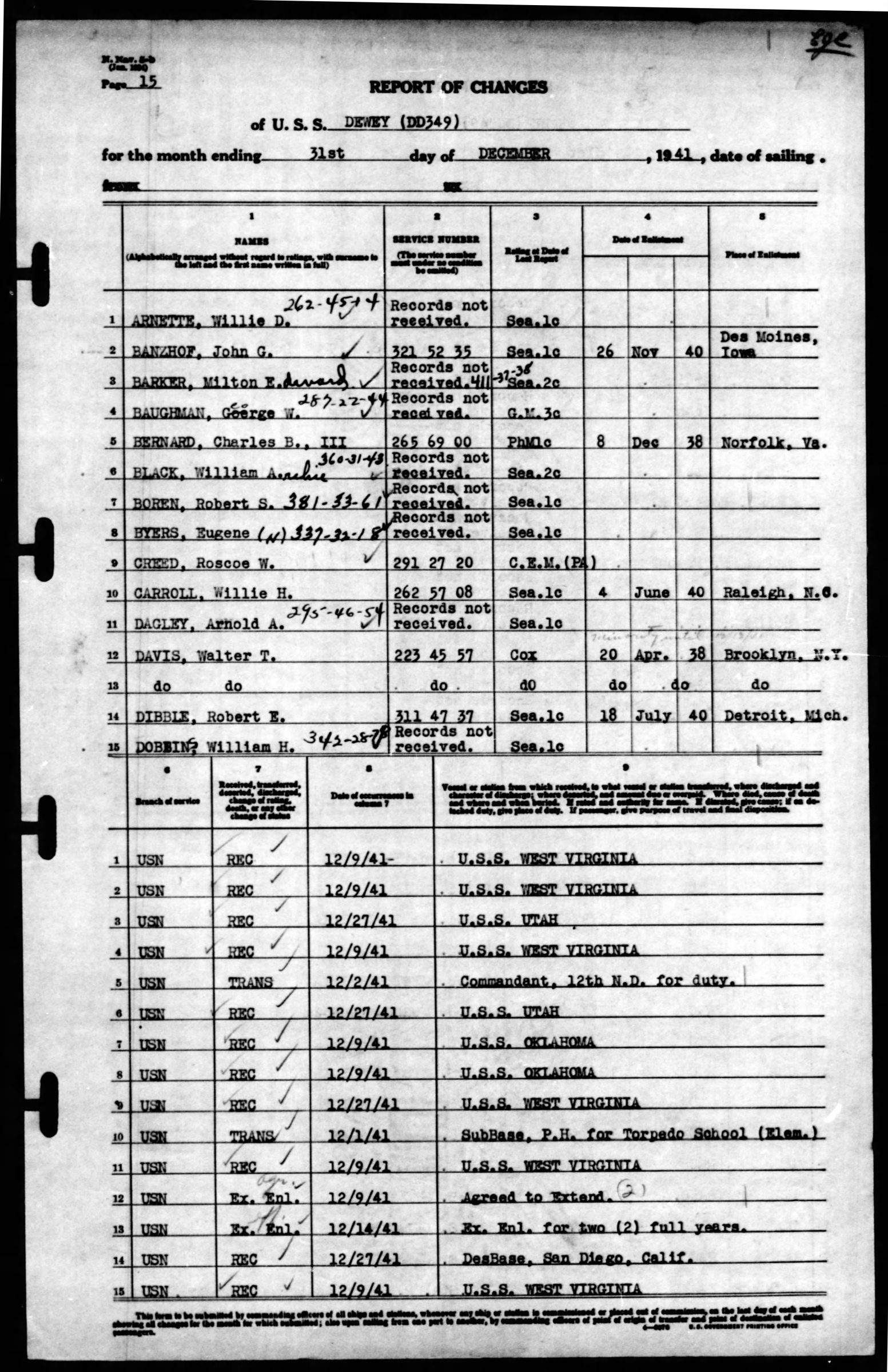 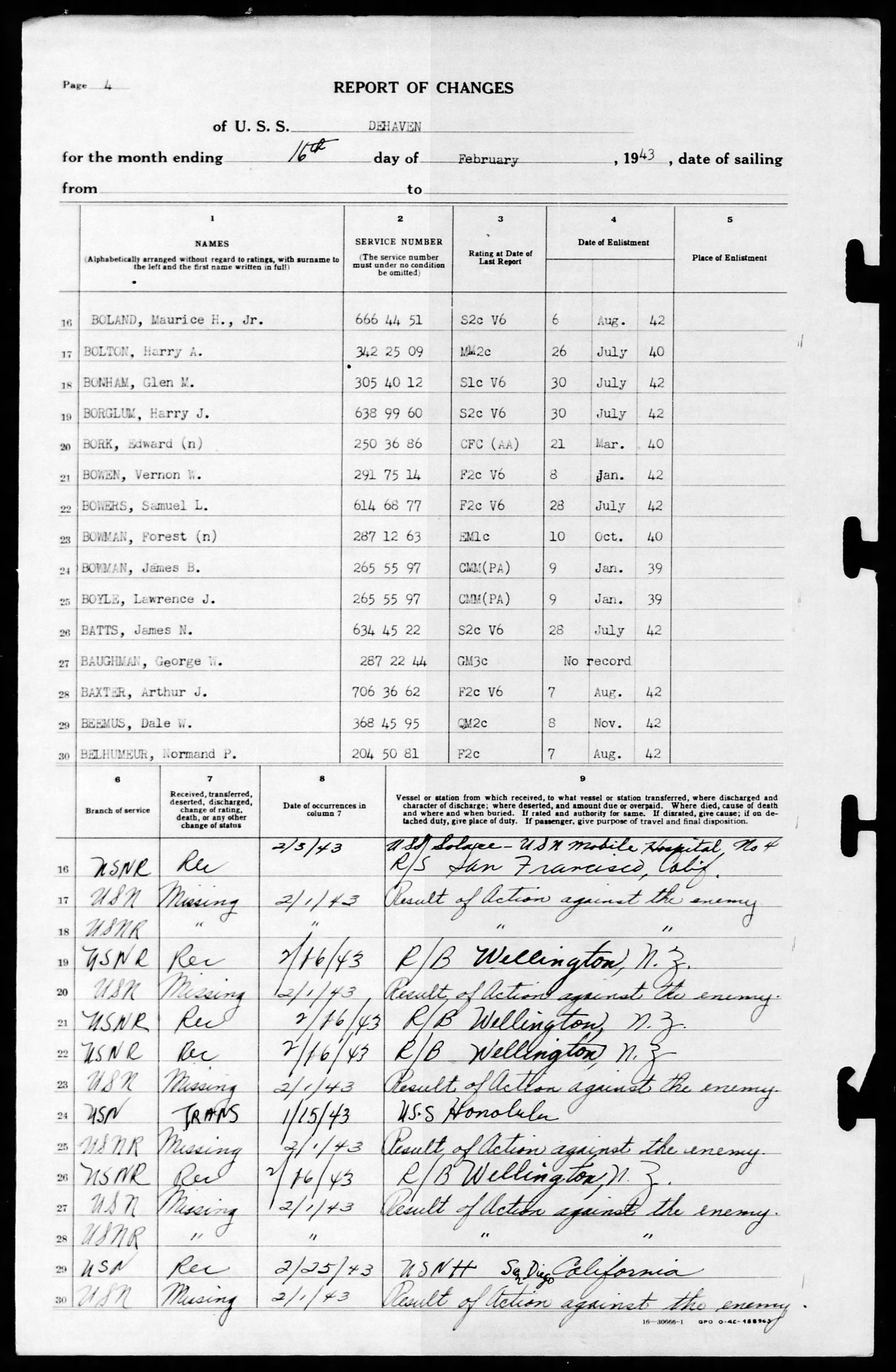 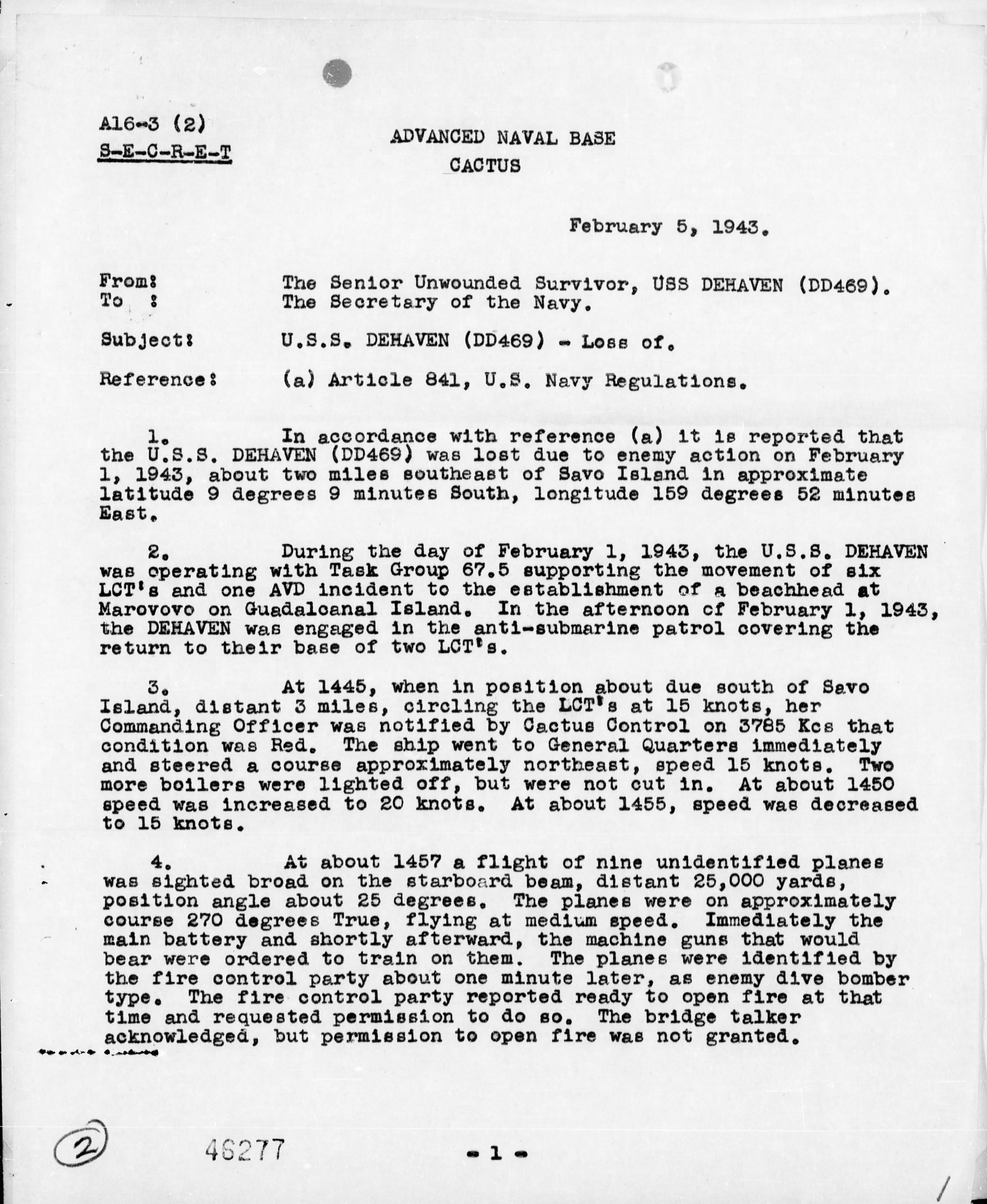 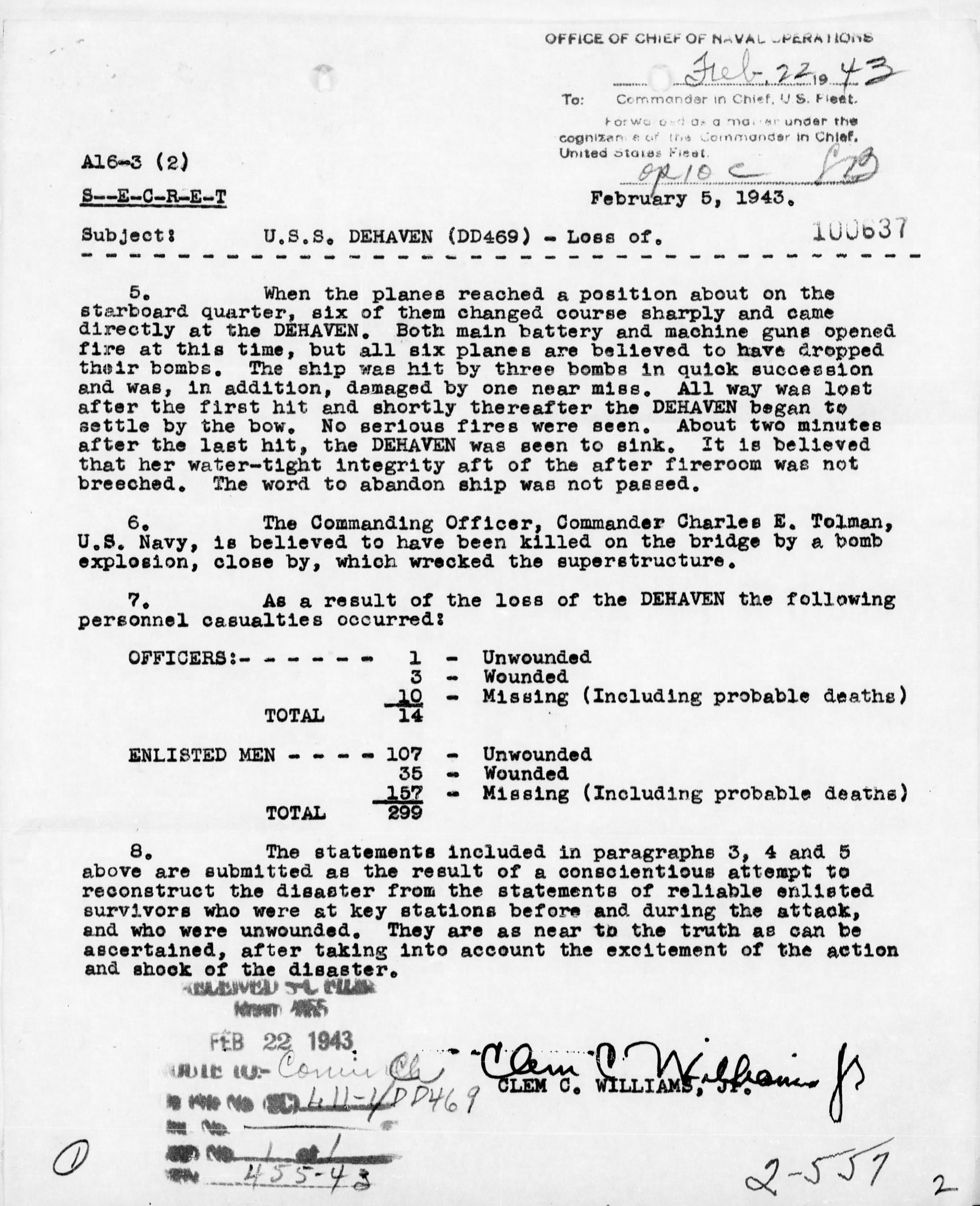