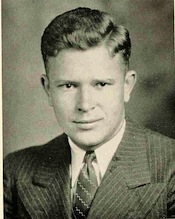 George Thomas Tipton born 2 December 1913, died 6 October 1944. He was killed in action in eastern France near the town of Fremi Fontaine.

He volunteered for services after refusing a commission in the Engineering Corps. He was educated at Davidson College and received the degree in law from Vanderbilt University in 1939. He was a former Kingsport city attorney and prominent lawyer.

He volunteered in 1942 and went overseas April 1944 and was on assignment in North Africa, on the Italian Front, and in the invasion of southern France.

Tipton received his A.B. degree from Davidson College, Davidson N.C., and an L.L.B. degree from Vanderbilt University, Nashville. He was a member of the Phi Delta Phi and Beta Theta Phi fraternities.
Husband of Helen (Smith) Tipton
Brother of Catherine Tipton and brother J.N. Tipton with the Army in England, and E.W. Tipton Jr. also with the Army, serving in India. 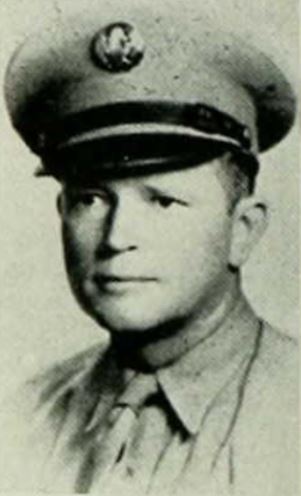