Staff Sergeant
Air Force
S/Sgt Malone was killed on board a B-24H with serial number 42-95405. 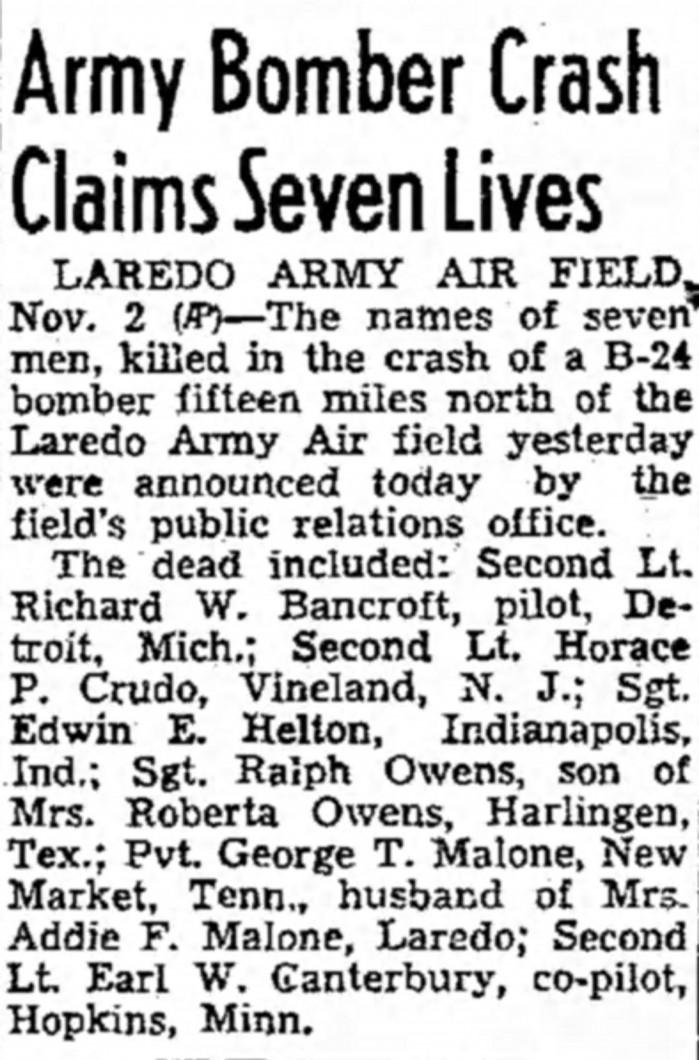 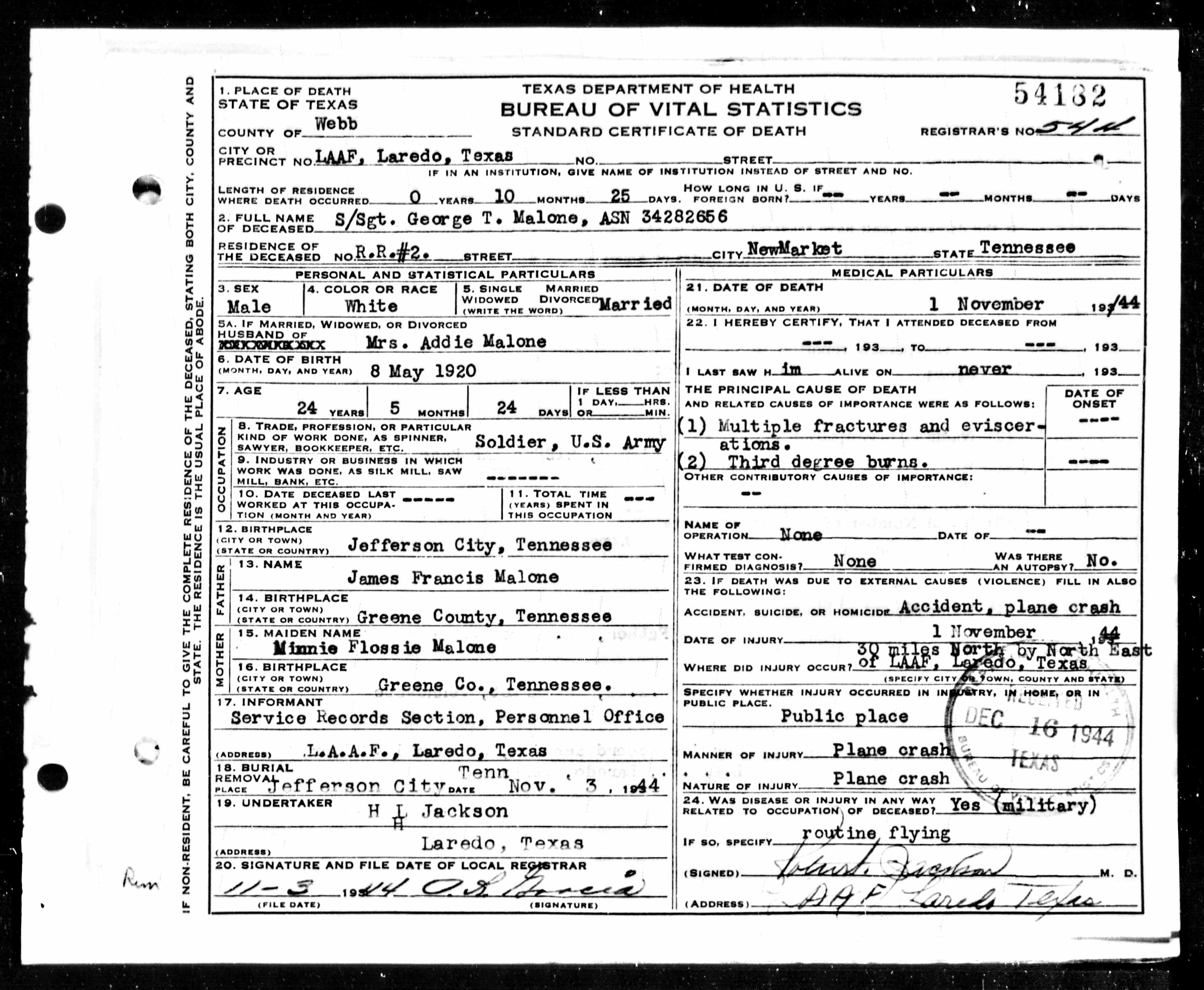 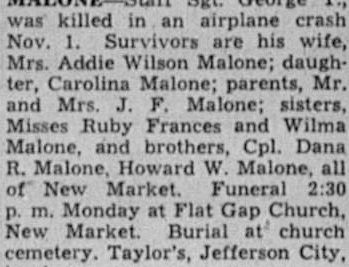