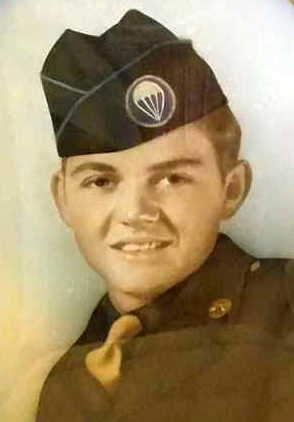 He was born March 22, 1926 in Knoxville, Tennessee.  He was killed in action in Italy on April 16, 1945.  He was buried with his comrades, Fields C Cox, Raymond V Desorcy, Samuel L Irvin, William G Miller, and Clark F Walker in  Section 34, Site 4923, in Arlington National Cemetery in Virginia on January 10, 1950.  He was a member of the 10th Mountain Division when he was fatally wounded at the age of 19.  He was survived by parents:  George and Estella Smith; sisters, Geneva Bell, Ruby and Pauline Smith; and brother, Eugene Smith.

For “heroic action” in the line of duty which resulted in the loss of his life, George was posthumously awarded the Bronze Star Medal and the Purple Heart.  With the Tenth Mountain Division in Italy, Pvt. George Smith volunteered as a litter bearer.  Covering the mountainous terrain under heavy enemy fire, he “braved the greatest danger to bring back the wounded to aid stations,” the citation said. 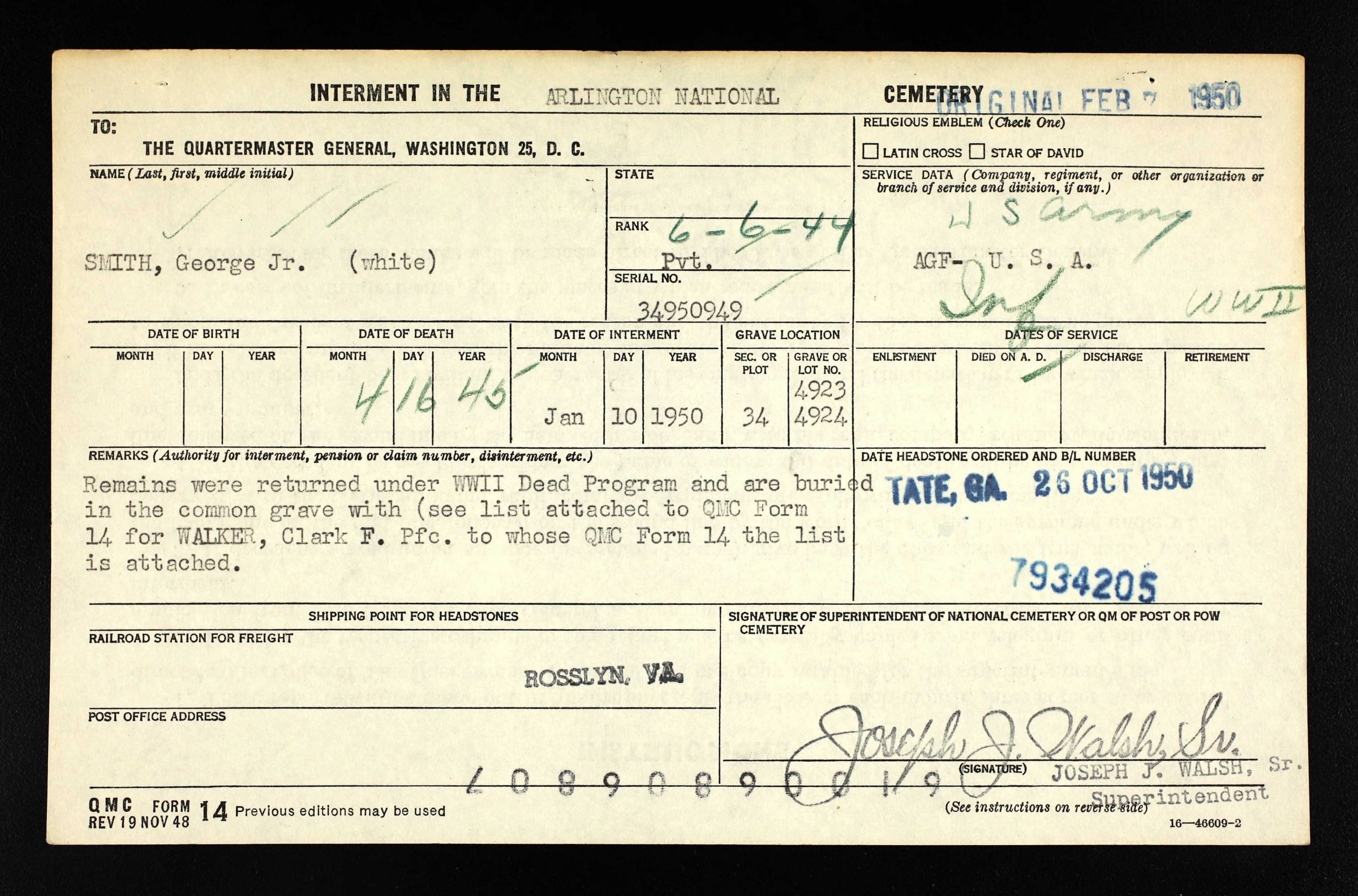 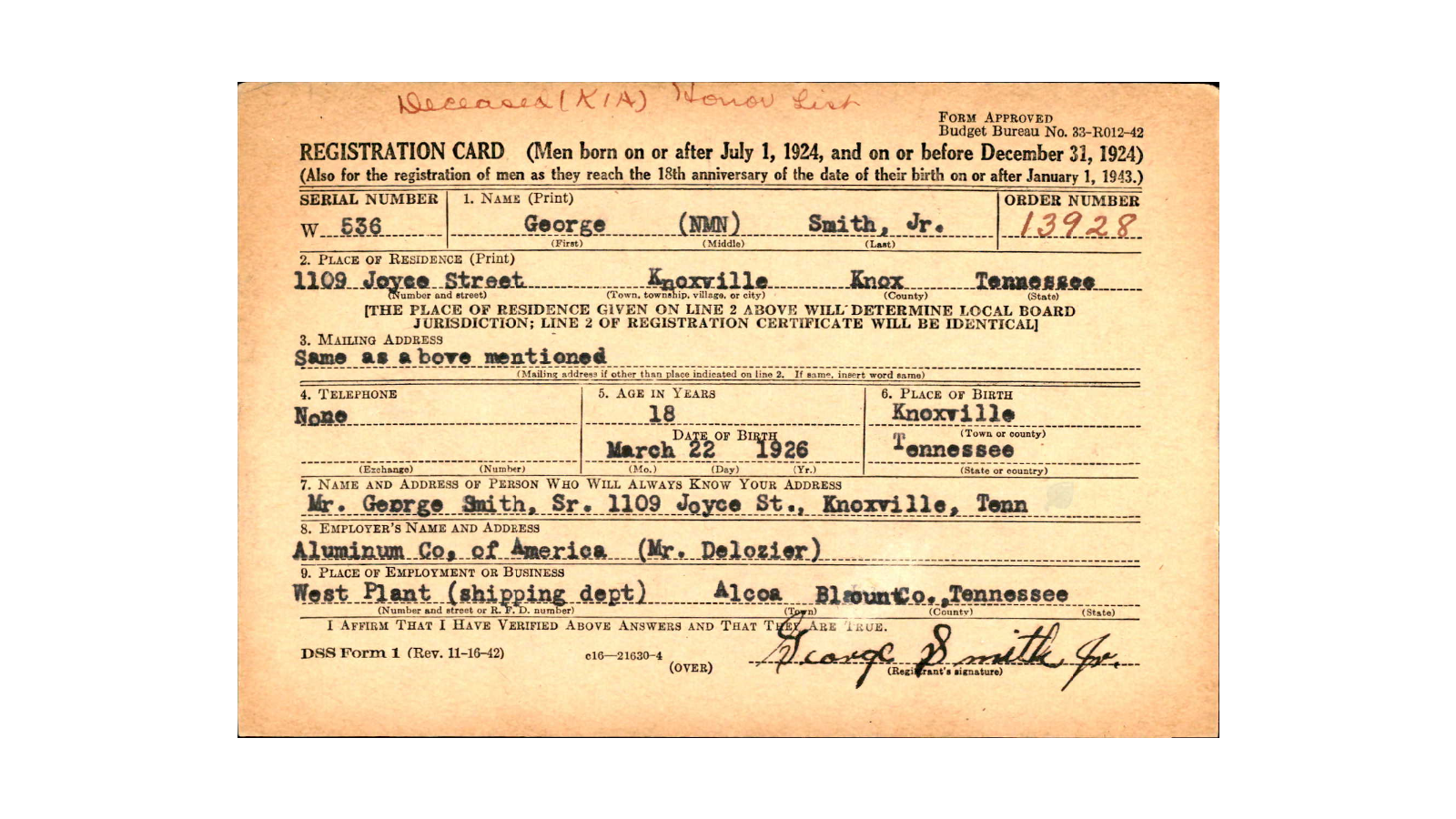 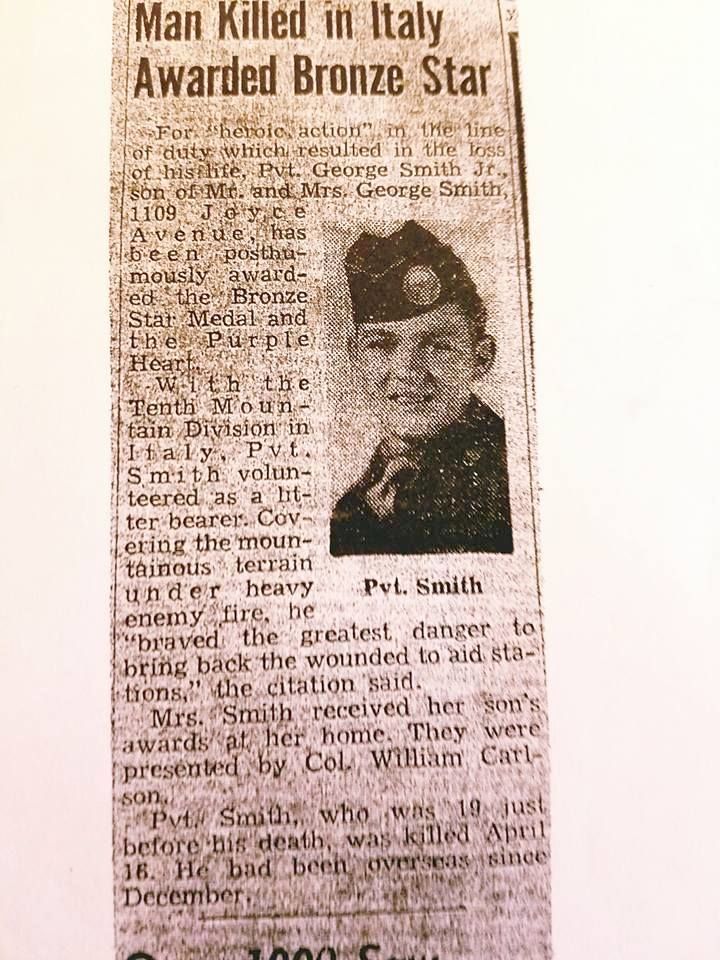 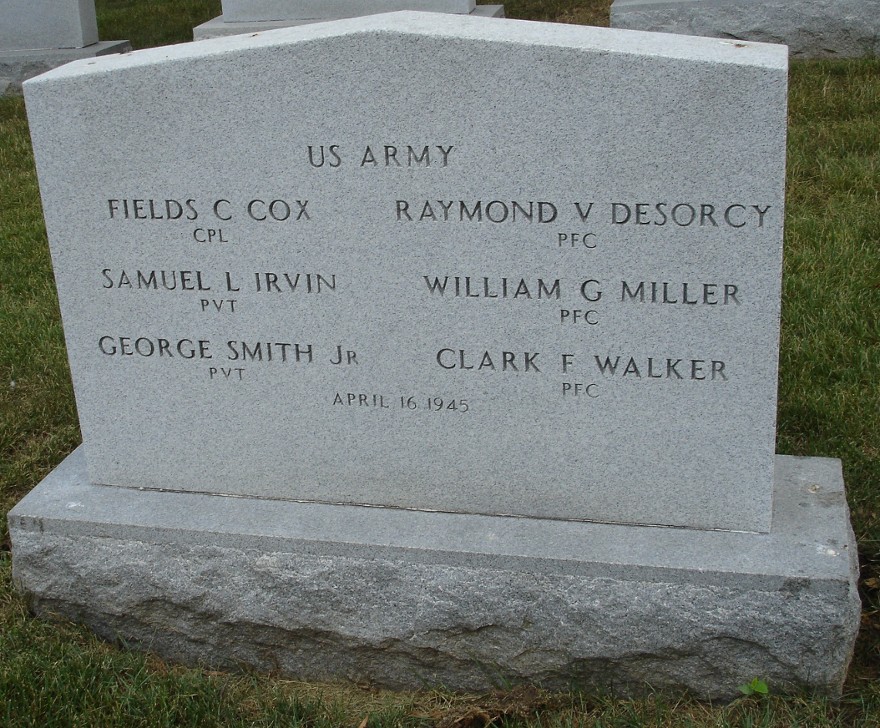