Electricians Mate 2c George Nathaniel Sanders Jr. United States Naval Reserve, was married to Mrs. Lula Mae Sanders, Box 24, Pikeville Tennessee. He was shipped aboard the USS Frederick C. Davis DE-136, a Destroyer Escort where he participated in the Battle of the Atlantic against German submarines.He was killed in action on the 24th of April 1945, and was lost with his ship. He is remembered on the Tablets of the Missing, New York City Cemetery, Battery Park, and New York City, New York, USA. The Dictionary of American Fighting Ships described the last battle of The Frederick C. Davis:“Returning to duty in the western Atlantic early in 1945 Frederick C. Davis served on coastal convoy escort and antisubmarine patrol service and in mid-April joined a special surface barrier force, formed to protect the Atlantic coast from the threat of close penetration by snorkel-equipped German submarines. It was one of these, U-546, which was contacted 24 April by Frederick C. Davis. Within minutes, as the destroyer escort prepared to attack, the submarine torpedoed her, hitting on the port side, forward. Five minutes later, she broke in two, and efforts to preserve the buoyancy of the stern, where the damage was less and the majority of survivors were located, failed. Her survivors abandoned the ship, with a loss of 115 men. They were taken from the water within 3 hours, and other escorts sank her attacker the same day.” 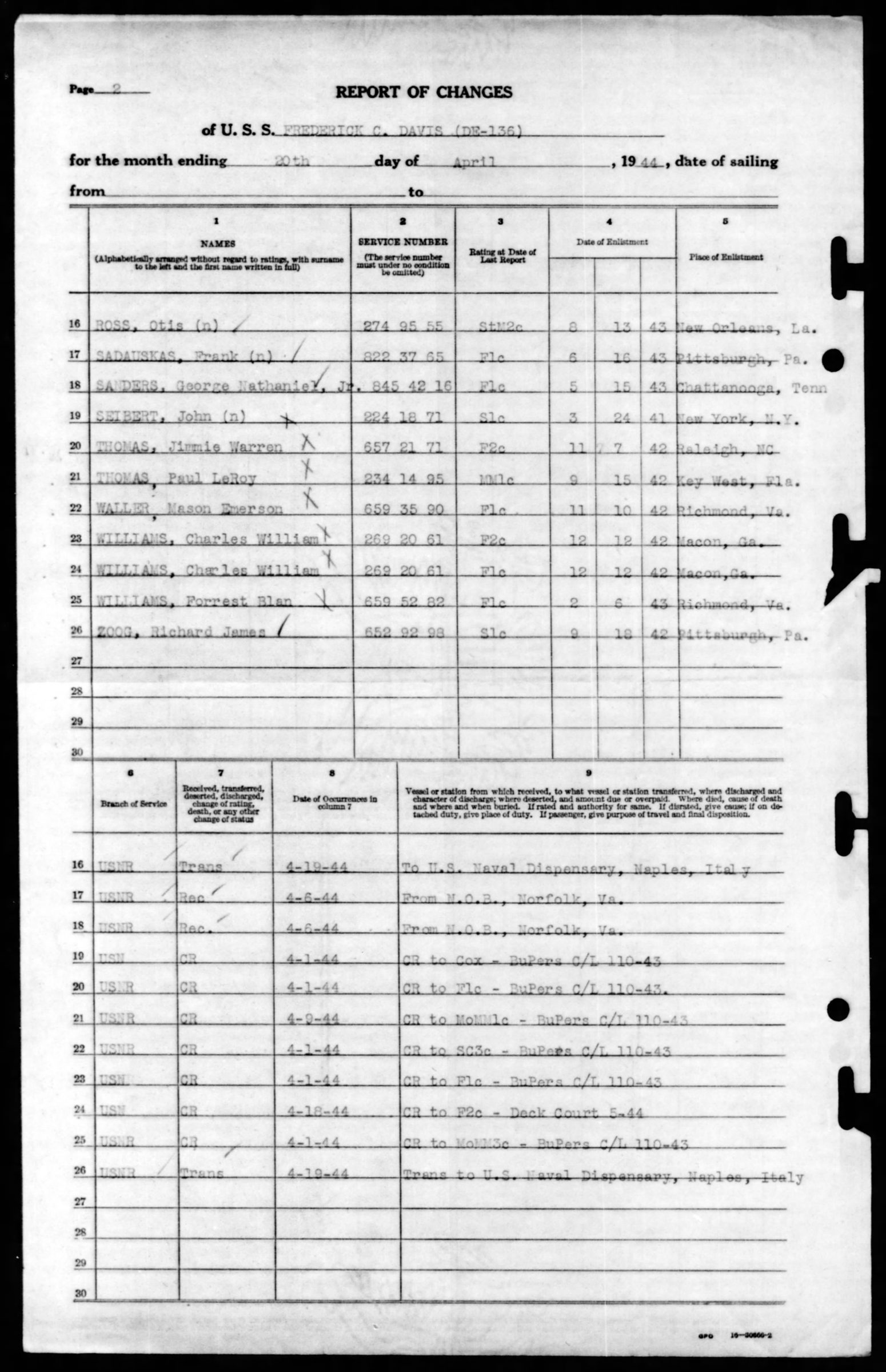