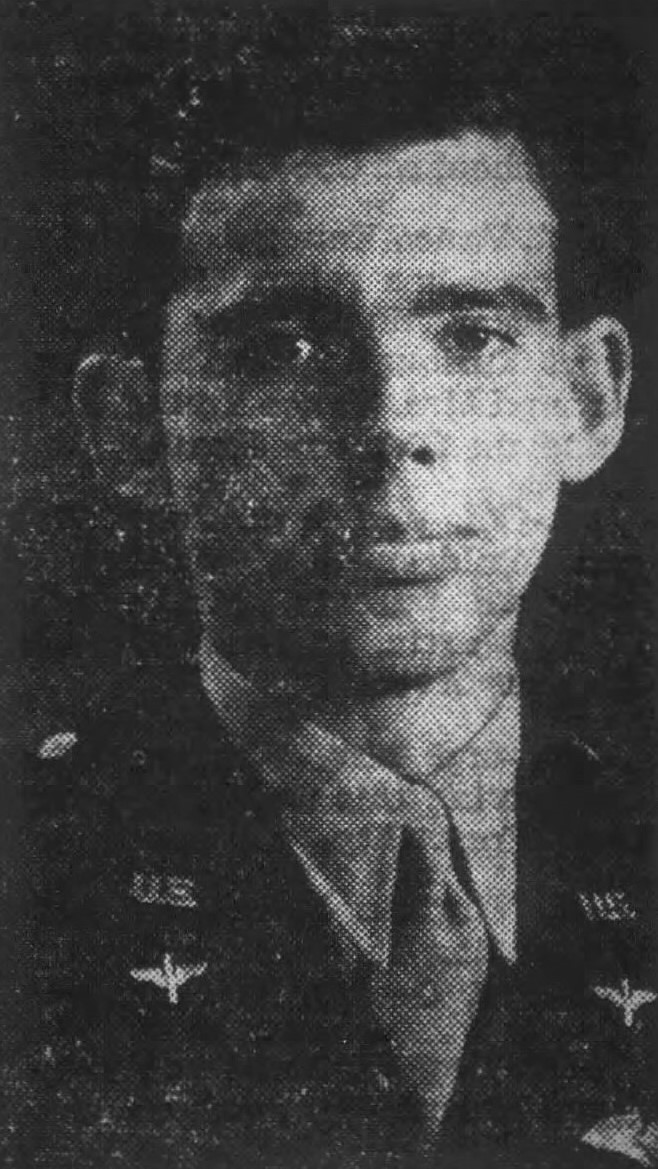 Aircraf B-17F, serial number 42-3031 was on a bombardment mission to Hamburg, Germany. The Aircraft was hit by flak at the target and at first started down from 27,000 feet out of control. The pilot evidently gained control of the aircraft as it subsequently lost altitude in a low gradual glide following approximately the course taken by the formation but of necessity always falling behind.

The A/C was last definitely identified by crew members of A/C 679, which was the last A/C of the entire formation, a few miles southwest of Bremen on a course that would have allowed it to cross the enemy coast just southwest of Bultrum Island. It was at 3,000 feet and slowly losing altitude with three enemy aircraft attacking it. Only three parachutes were seen to come from this aircraft by the two officers who last sighted it, 2nd Lt James F. McIlvoy and 2nd Lt. Chauncey H. Hicks. The aircraft crashed near Niendorf, Germany, south of Hamburg.

Lt Guy Bailed out of the nose hatch, apparently uninjured. Lt. Guy died in a hospital in Rottenburg, Germany, from injuries presumably received when he parachuted from the B*17 on which he was a navigator. He participated in all the Hamburg raids.

The Chattanooga Daily Times, 6 September 1943
Lt. George McMilland Guy, Chattanoogan in the army air corps, died in an enemy prison in Europe, the War Department notified his parents, Mr. and Mrs. A.T. Guy of Signal Mountain, yesterday.
Lt. Guy had been reported missing in action after a bombing raid over Hamburg, Germany, July 26. The 20-year-old navigator volunteered for the air corps, Feb. 1, 1942, while a freshman at the University of Chattanooga and reported to Maxwell Field, Ala., May 16, 1942. Classified as a navigator there, Lt. Guy received hsi wings in January of this year at Monroe, La. He took his combat training at Blythe, Calif., and Pyote, Texas, and left for overseas duty on May 29. Lt. Guy received his early education in school at Gainesville, Fla., his birthplace and on Signal Mountain. He graduated from Chattanooga High School, where he was a captain in ROTC.
Besides his parents, Lt. Guy is survived by his sister, Mrs. William Franklin Harris Jr.,; an aunt, Mrs. R.A. Bettis, of Signal Mountain and a nephew, William Franklin Harris III. He was a grandson of the late Dr. J.P. McMillan, a Presbyterian minister in Chattanooga. 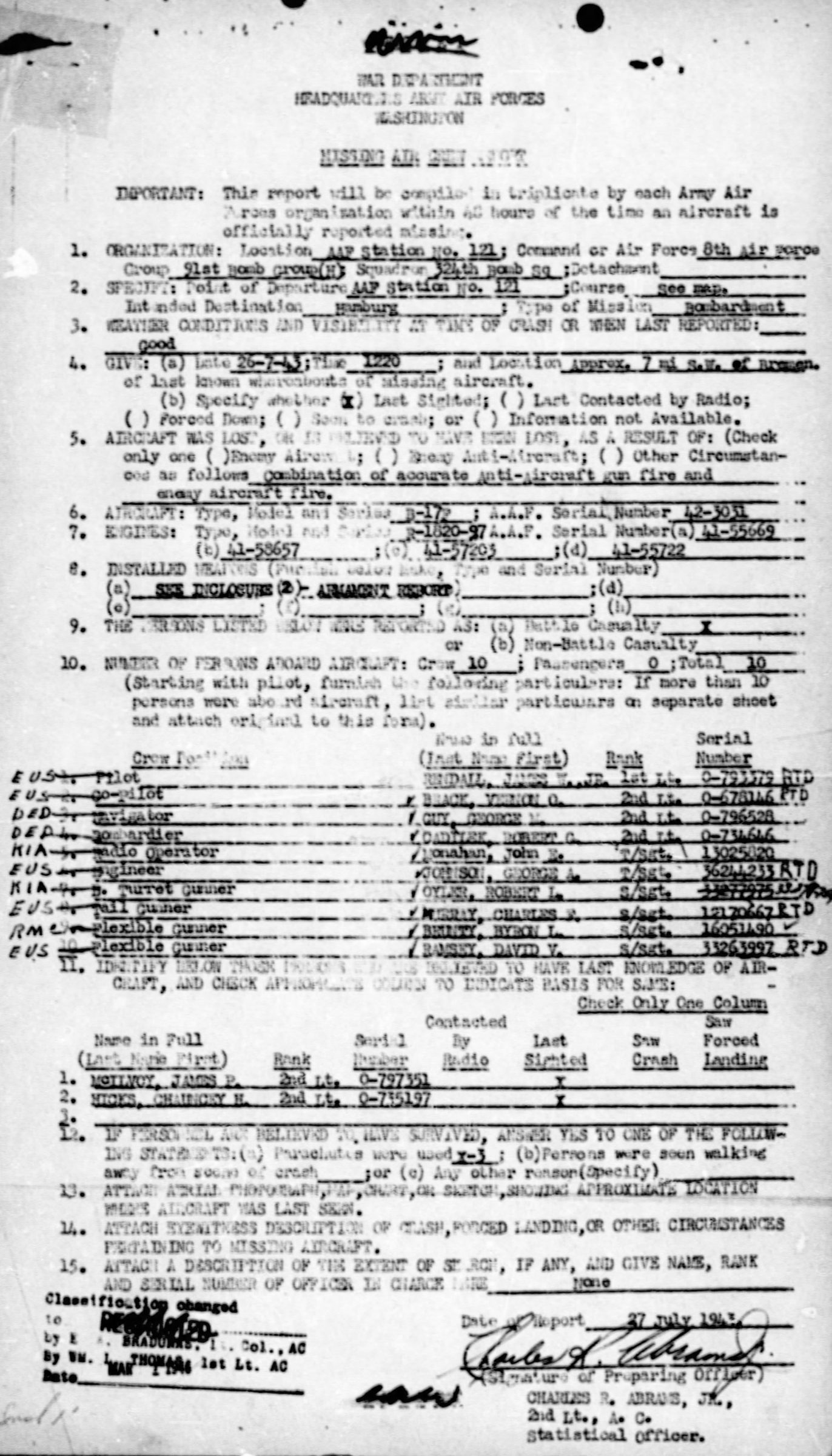 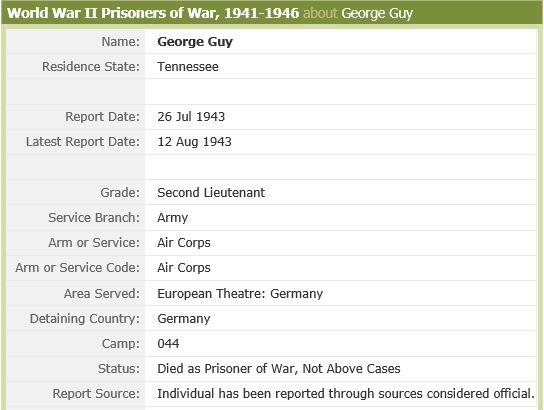 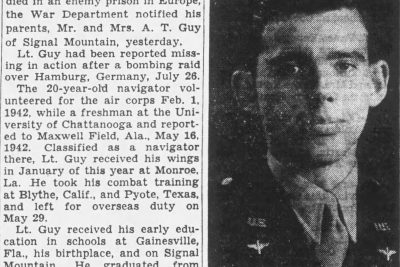 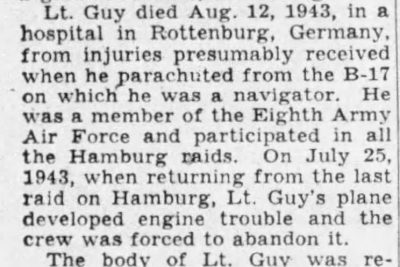