Private First Class George L. Bowerman was born in 1919. He was the son of James and Beuna Bowerman. He had two brothers, Oscar Bowerman and Earl Bowerman. Prior to joining the military, he worked as a farmer. He enlisted in the military on November 10, 1942 in Fort Oglethorpe, Georgia. 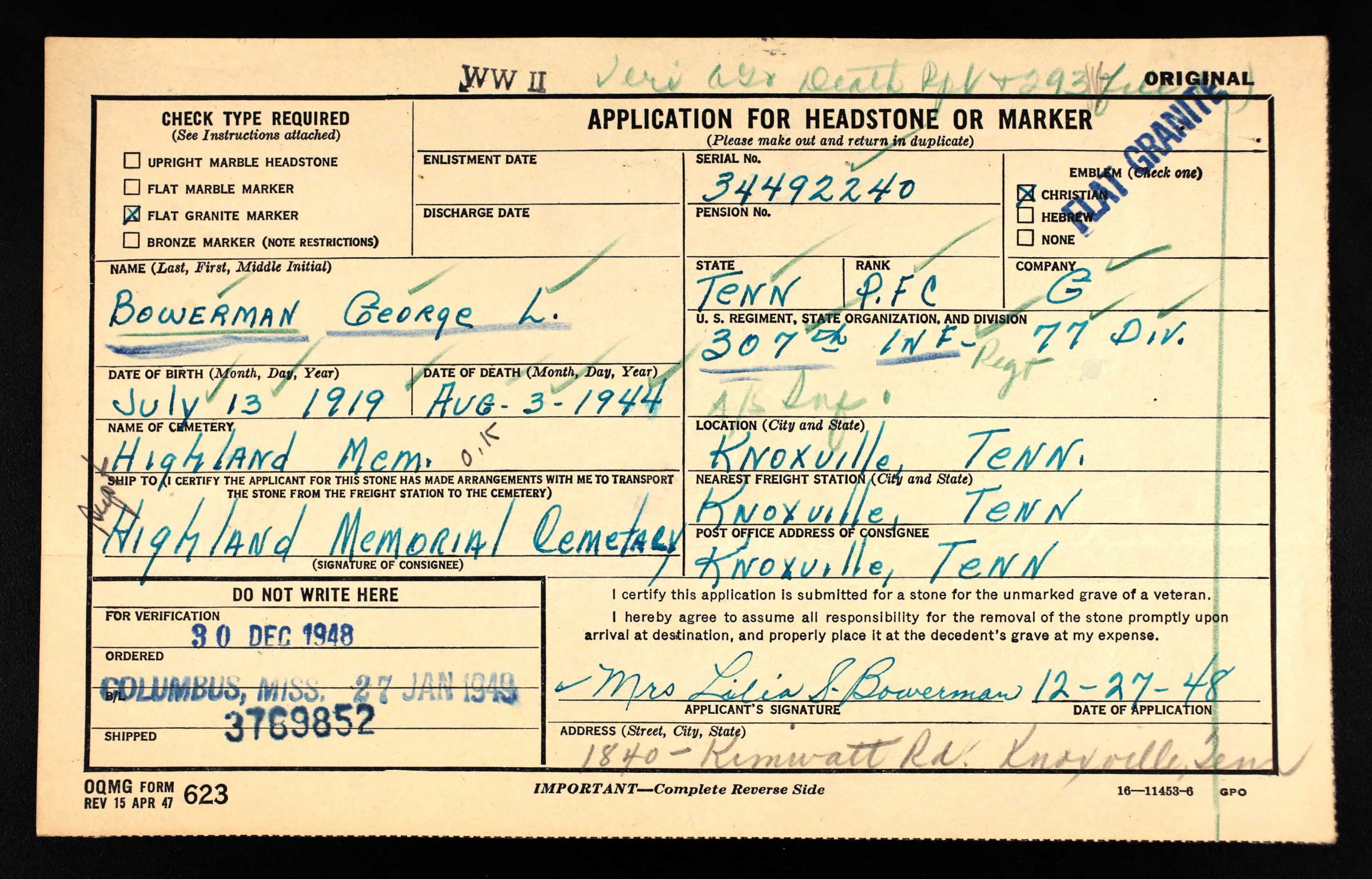 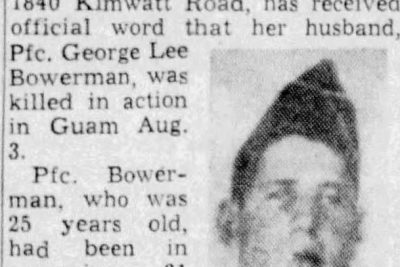