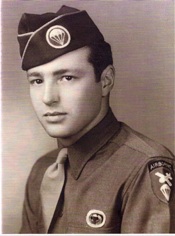 Born in Hamlin County. Graduated Knoxville Central High School. Joined Army Airborne. Killed March 24, 1945, on his first jump in the Netherlands, where he was first buried. At the request of his mother, he was returned in 1948 and buried at Jarnagin Cemetery, Morristown, Hamlin County, TN.
-Submitted by David E. Shaw

“My uncle was actually living in north Knoxville on Hiwassee Ave. He enrolled in Central High because of he wanted to play baseball, and he was good. My brother still has his ball glove. I being the oldest born in 1944, believe or not I remember him holding me at the house on Hiwassee when he came home on leave just before he left for paratrooper school.
Thank you for this great way of honoring our fallen men who did give their all for us at home.”
-Submitted by his niece, Joyce Manning Bates 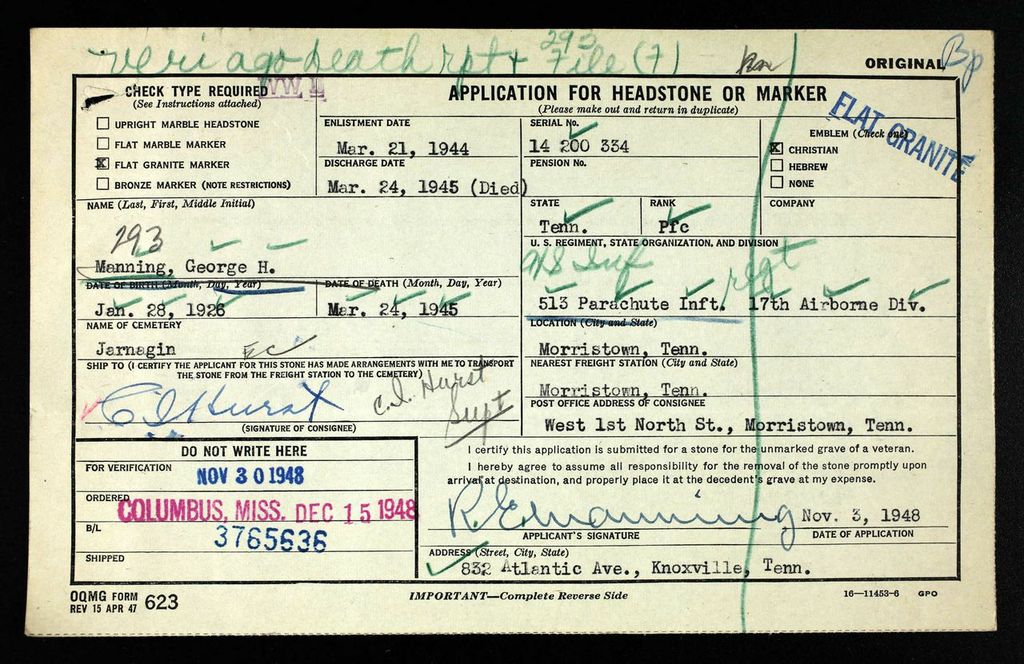 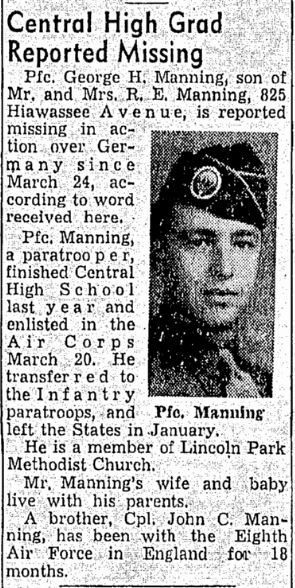