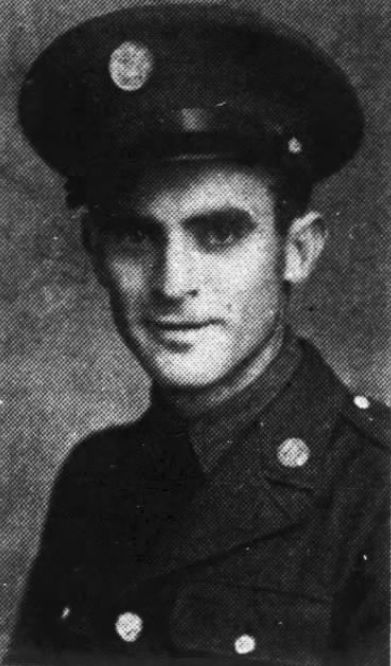 Rogersville Review, August 3, 1944
Pfc. Harvey Brewer, U.S. Army, was killed in action in Saipan on June 30th, the War Department notified his parents, Mr. and Mrs. R.T. Brewer of Rogersville, Route 1, Friday.
Harvey attended Rogersville high school and was employed by the TVA prior to his induction. He entered service Sept. 19, 1941 and went overseas in March, 1942. He received his basic training at Camp wolters, Texas and Fort Ord. Calif. Pfc. Brewer was stationed in Hawaii and saw action in the Gilbert and Marshall Islands. He never received a furlough and had only seen three boys that he knew since leaving home. He often wrote of his experiences and said he would have plenty to tell when he came home. Harvey was 28 years of age. His father, R.T. Brewer, is a member of the board of school commissioners.
He is survived by his parents; three brothers, Rex of the South Pacific, Ben of the navy air base, Memphis, Willard at home; three sisters, Mrs. Carl Hawkins, Rogersville, Mrs. Sam Jones, Lee Valley and Mrs. Ernest Brooks of Hillcrest, Kingsport.

Rogersville Review, May 20, 1948
Among the 1,941 aboard the Army transport Alber M. Boe were Pfc. Harvey Brewer of Rogersville Rt. 1. He will be sent to Atlanta and the non to his respective home. Military escorts will accompany him. Pfc. Brewer was teh son of Mr. and Mrs. R.T. Brewer. 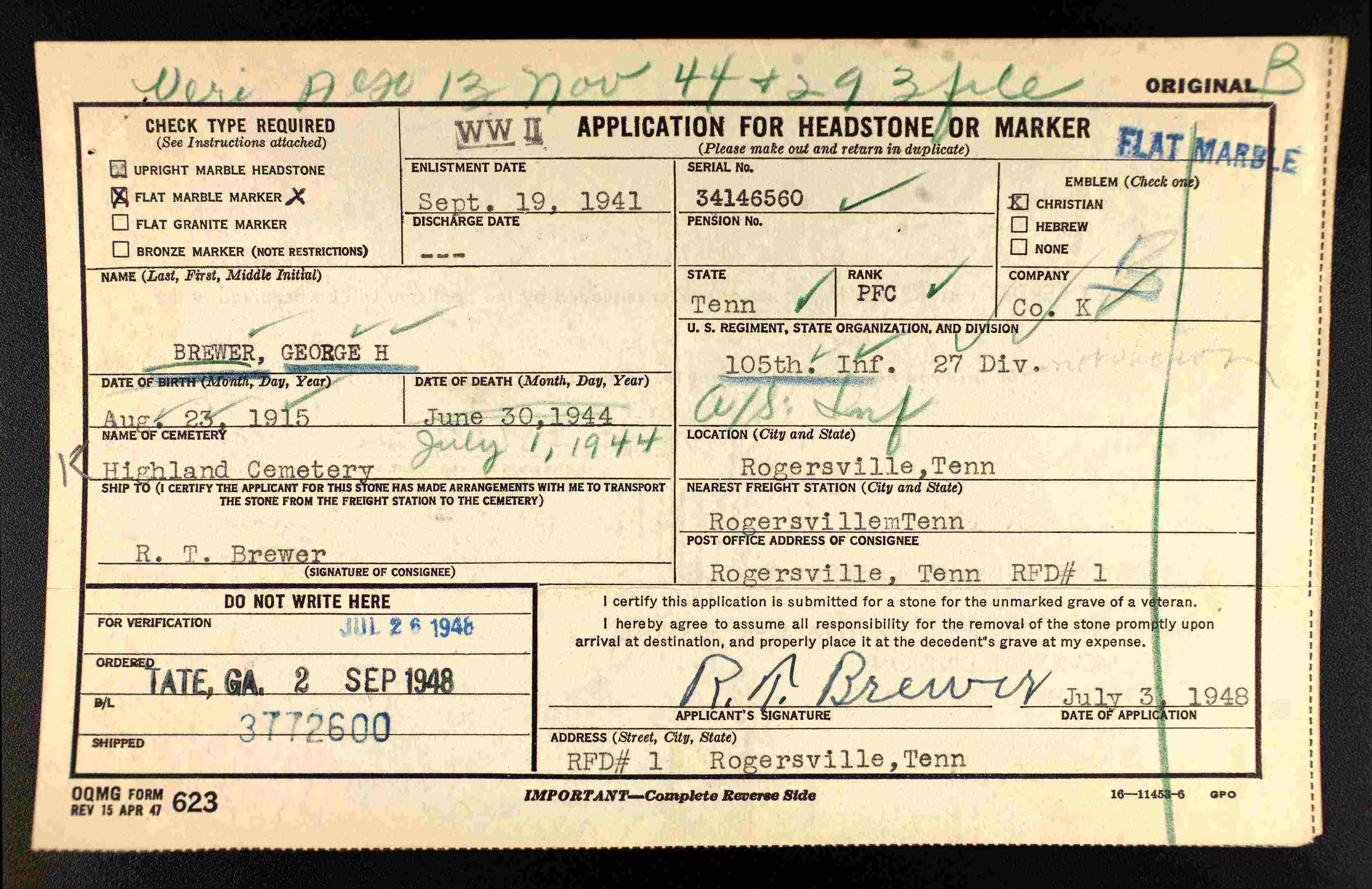