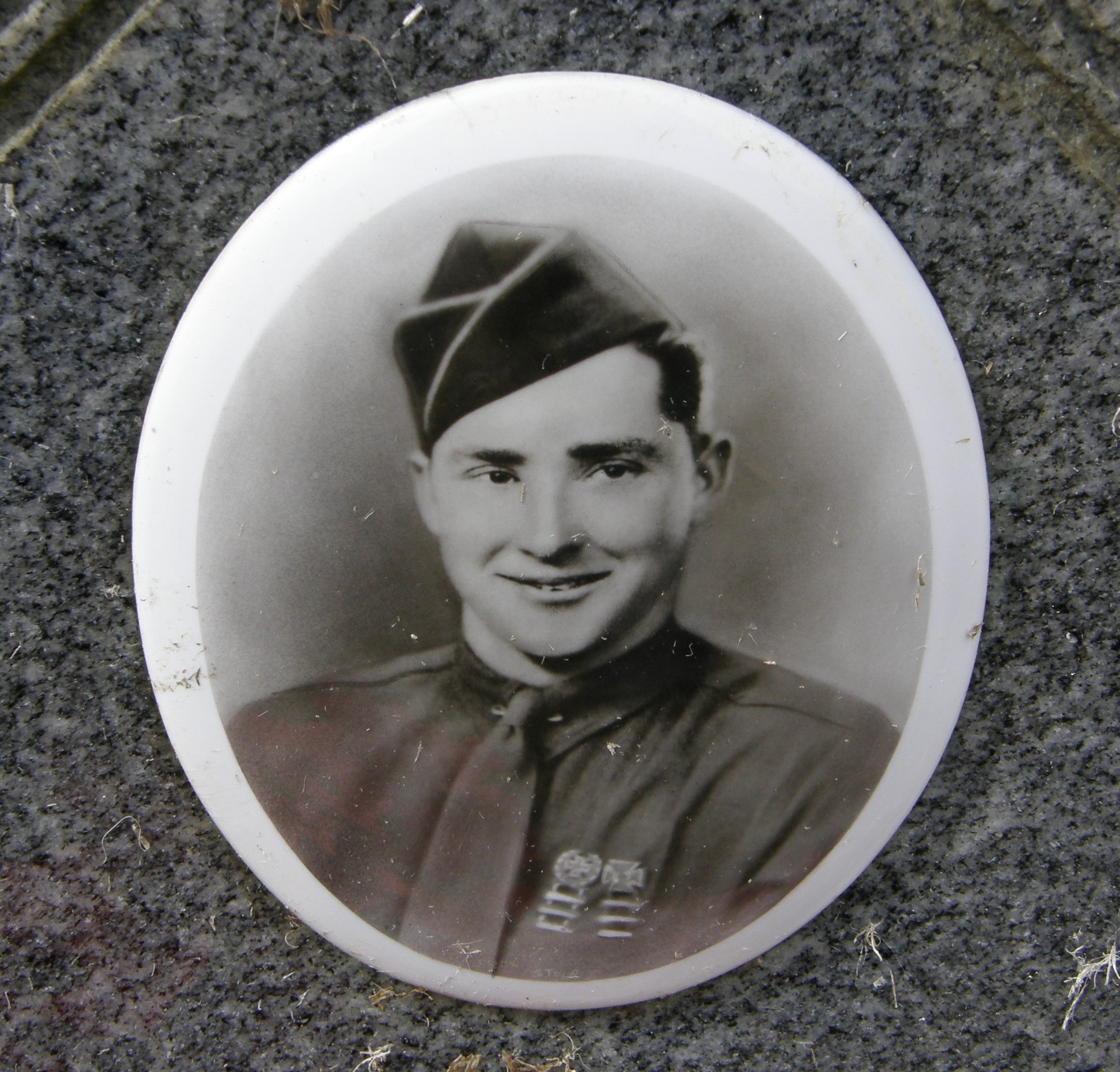 Rogersville Review, August 5, 1948
Three flag draped caskets/bearing the bodies of three more of Hawkins County’s service men who paid the supreme sacrifice in World War II were taken from the train at Bulls Gap Wednesday at 5:22 p.m. Last rites for all of them will be held Sunday afternoon.
The body of Pvt. George G. Evans will be taken to Stewart Funeral Home Bulls Gap, where it will remain until time for funeral services which will be conducted from the Beech Grove Missionary Baptist Church Sunday afternoon at 2:30 o’ clock. The Morristown Post, American Legion, will do honors at the Grave.
Pvt. Evans was killed in New Guinea in March, 1944. He is survived by his parents, Mr. and Mrs. General Evans of Whitesburg; his wife, Myrtle L. Evans and a daughter, Irene. He was born in this county but moved away when he was 16 years of age. 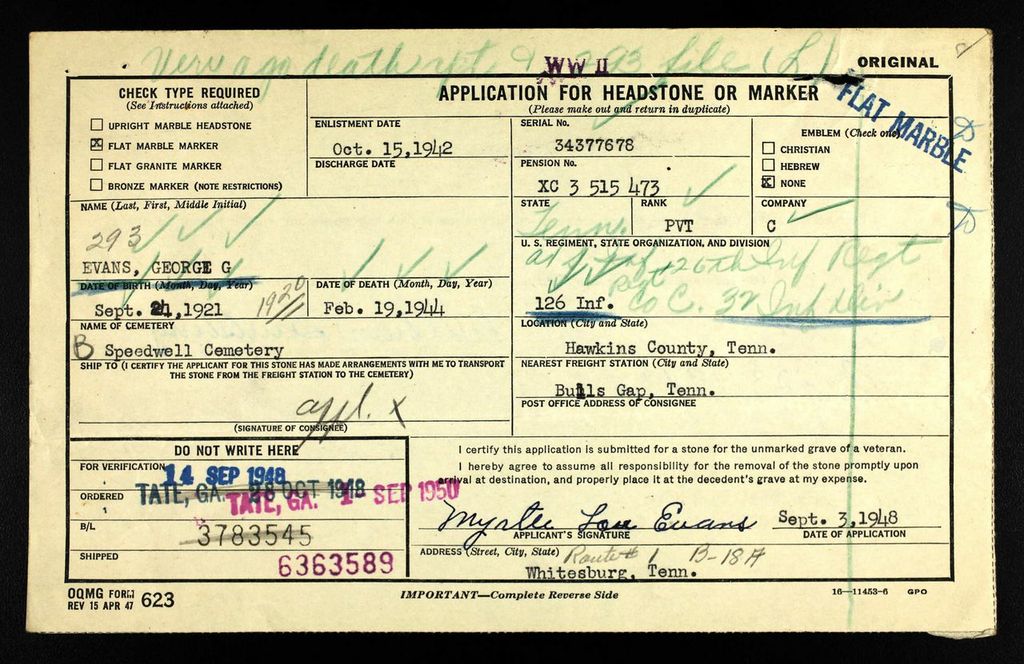 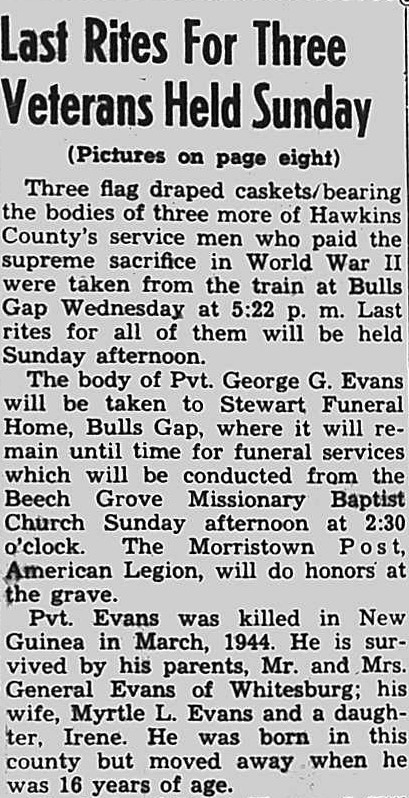 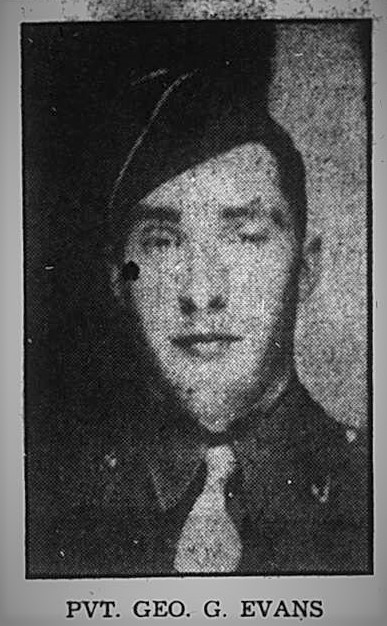