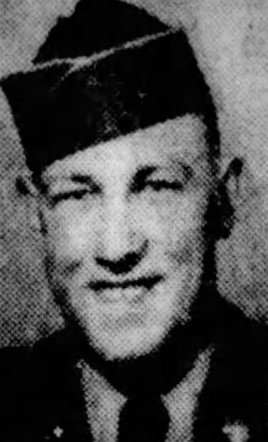 George Glen Booker
Private First Class Booker was a member of the 23rd Infantry Regiment, 2nd Infantry Division. He was taken prisoner of war while fighting the enemy in South Korea on May 18, 1951, and died while a prisoner on January 27, 1952.

The Knoxville News-Sentinel, December 27, 1953
The Communists admitted back in December, 1951,that they had captured Pvt. Glenn Booker, but there has never been another word of news concerning him. No mail has ever been received by members of the Powder Springs GI’s family. If repatriated prisoners disclosed his whereabouts, the Army has not yet notified his mother, Mrs. Mae Booker. The soldier, who was 22 when first reported missing, attended Washburn High School. His wife, Mrs. Geneva Booker, formerly of Knoxville, now lives at El Paso, Tex. 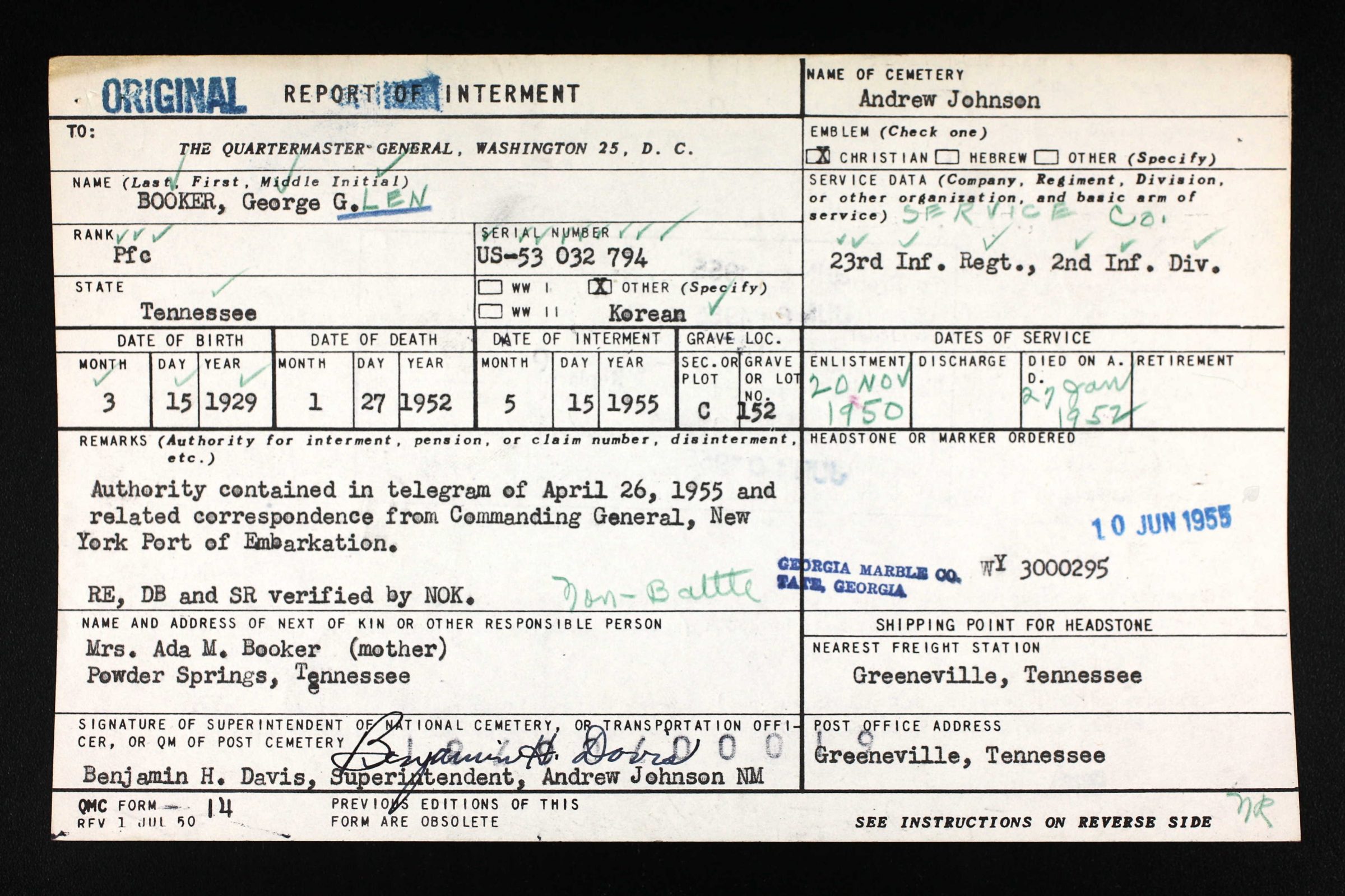