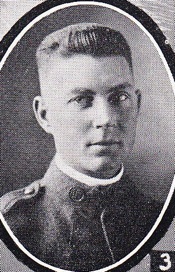 George Frederick Miller volunteered in Company K, Second Tennessee Infantry, June 26, 1917. At Camp Sevier, SC, he was transferred to Company K, 119th Infantry, with which he trained until departure for overseas service on May 11, 1918. Took part in defense of Ypres sector, the capture of Kemmel Hill, and in the attack on the Hindenburg Line September 29. Fatally wounded that day and died October 4 in the general hospital at Rouen, France. Distinguished Service Cross awarded after his death.
Burial at Somme American Cemetery and Memorial, Picardie, France

Distinguished Service Cross Citation:
“The President of the United States of America, authorized by Act of Congress, July 9, 1918, takes pride in presenting the Distinguished Service Cross Posthumously to Sergeant George F. Miller ASN 1316503, United States Army, for extraordinary heroism in action while serving with Company K, 119th Infantry Regiment, 30th Division, A.E.F., near Bellicourt, France, 29 September 1918. When a portion of his company was threatened by a counterattack and two runners had been killed in an attempt to reach the detachment with orders to withdraw, Sergeant Miller volunteered for the dangerous mission and, attempting to cross an exposed field to carry the orders, was mortally wounded.”

George F. Miller, of Dyersburg, a Sergeant in Company K, 119th Infantry, died in France, October 4, from injuries received in active service September 29, according to a communication received by relatives. In recent letters to his sister, Mrs. Charles R. Curtis, of Knoxville, Sergeant Miller wrote that he had been “over the top” once and was preparing to go over the second time. During the past few months he was written several cheerful letters to his relatives. In his last letter to his sister he stated, “Don’t worry about me,” and also told of interesting religious services that were being held under the auspices of the Y.M.C.A., which he had been attending. He was a member of the Cumberland Presbyterian church, of Dyersburg. He is survived by his parents, Mr. and Mrs. L. G. Miller, of Dyersburg his sister, Mrs. Curtis and two brothers. The brothers are Lin Miller, who is in active service in France, and Will Miller, of Dyersburg.
-The Journal and Tribune, Knoxville, Tennessee, Thursday, November 7, 1918. 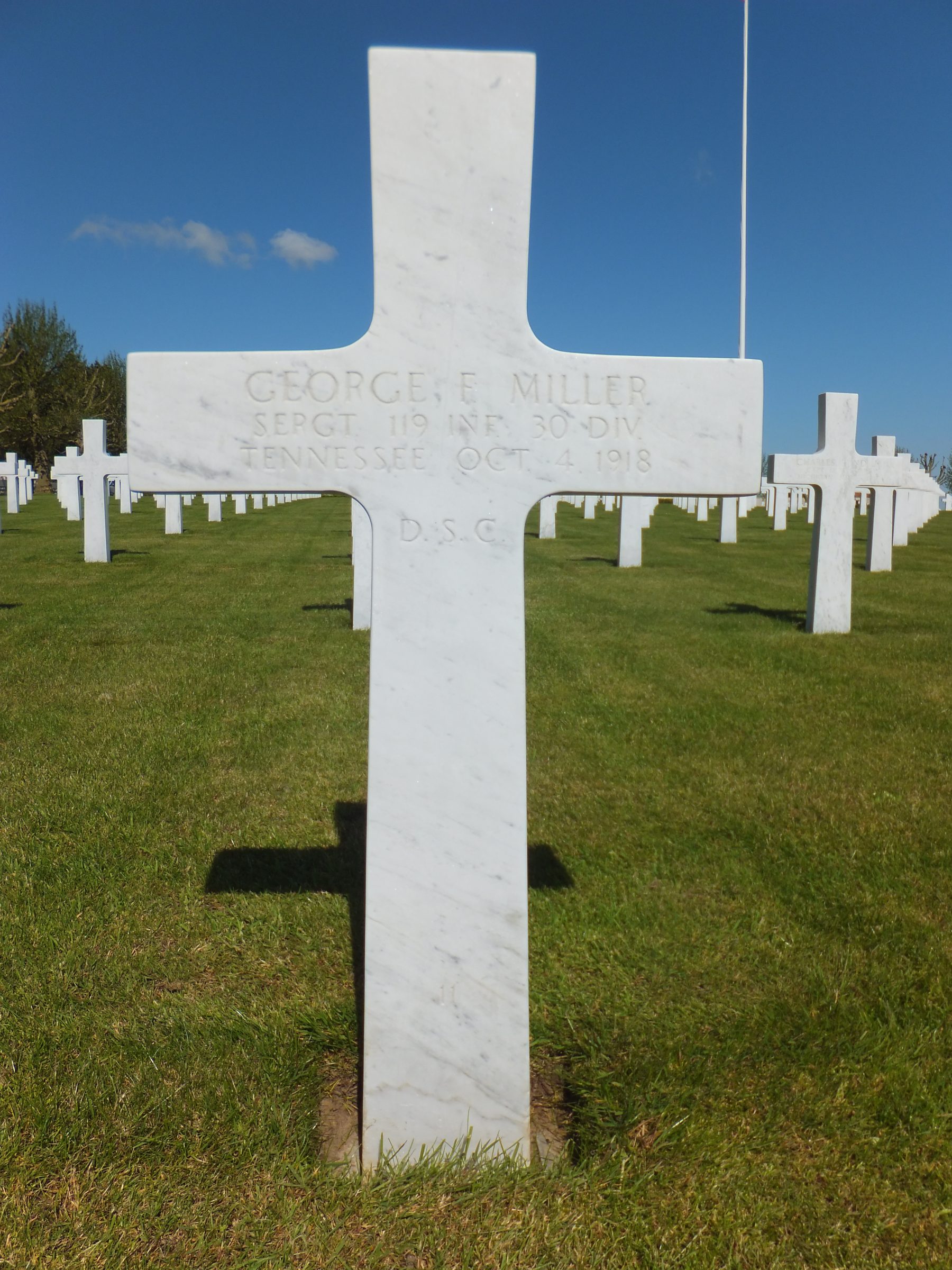 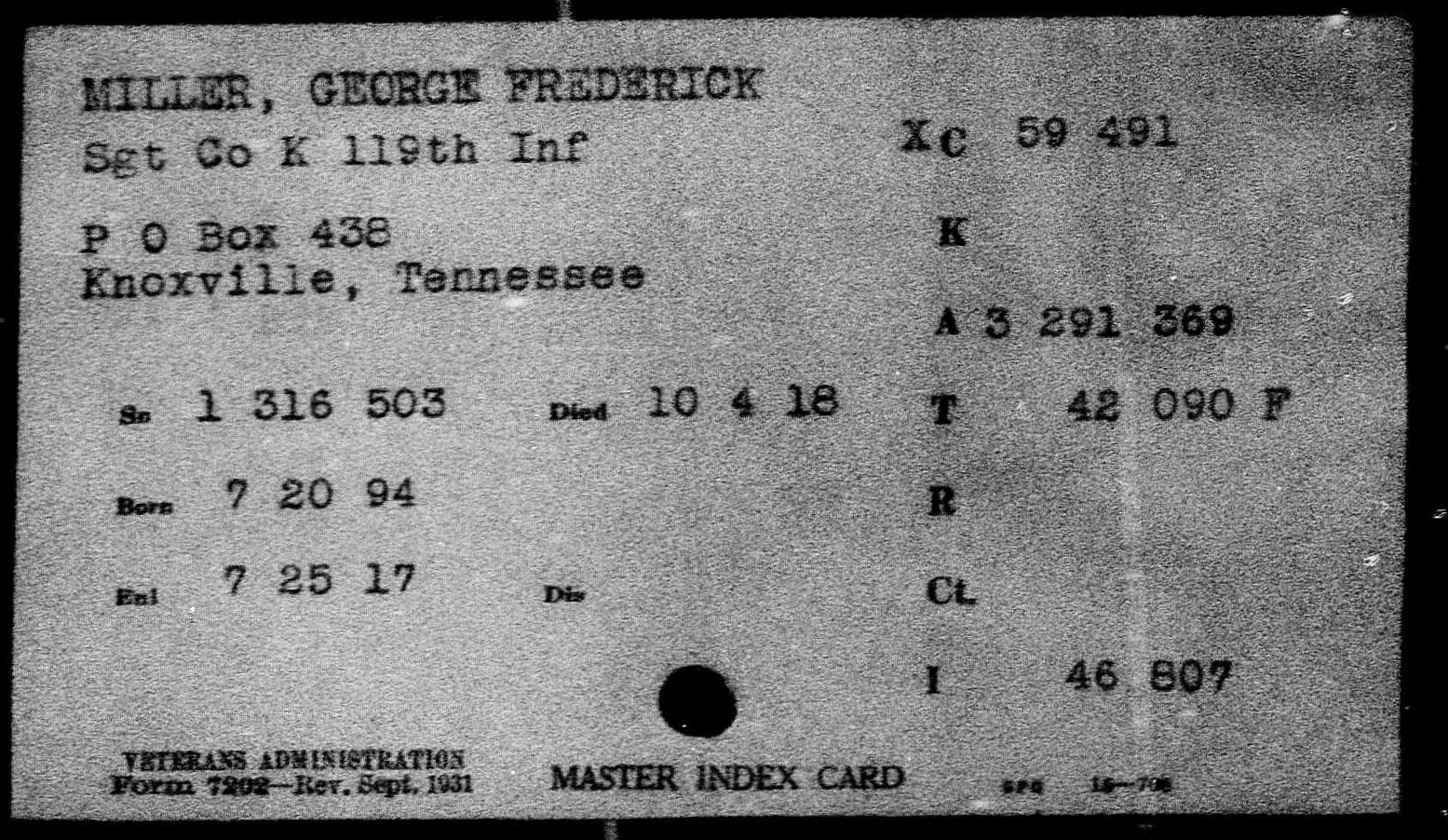