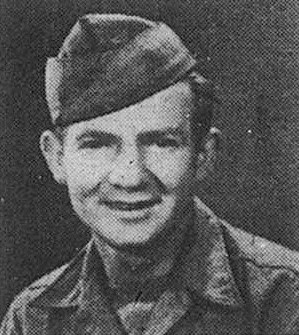 The Johnson County, News, May ,26, 1949
Word has reached here that the body of S/Sgt George Barry, son of the late Wallace Barry and grandson of the late E.E. Barry, former editor of the News, who was killed in action in the Anzio beachhead operation in Italy at the start of the European invasion during World War II, will arrive in Bristol at 10:00  a.m. Thursday, March 25, from where it will be taken to the Hathaway Funeral Home in Elizabethton. On Sunday afternoon, May 29, the casket will be brought to Mountain City Christian Church. They body will lie in state hour before the services. Burial will be made in Mountain View cemetery immediately following this service, with the American Legion giving full military honors. 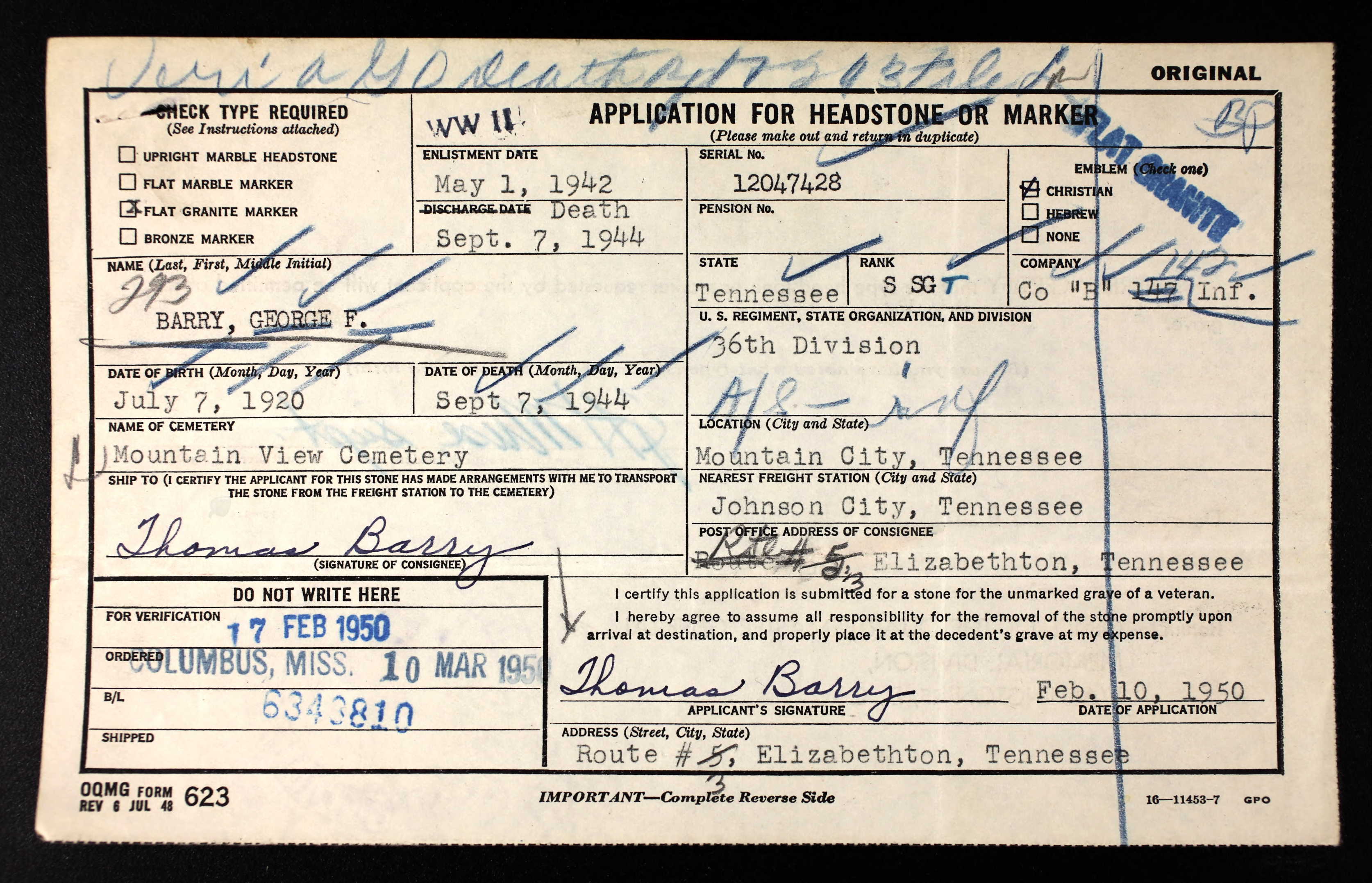