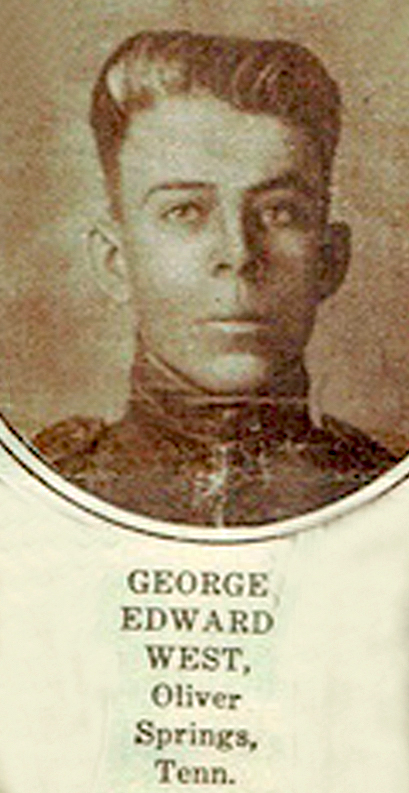 George Edward West was born 21 March 1899 to Edward Axson West and Gypsy Lee Thayer. He was the brother of Thomas “Tom” Robert West.

Oliver Springs brothers George and Thomas West enlisted in 1917 and died within two months of each other. Thomas West was 17 when killed in action in May 1918 ,and George was 18 when he died in combat that July.