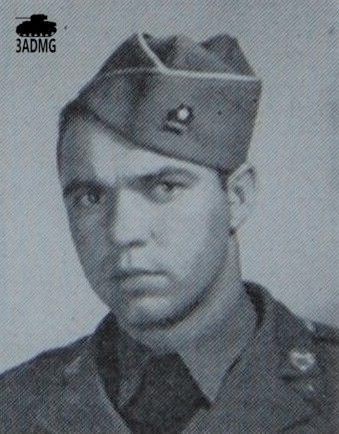 The Knoxville Journal, July 31, 1942
On furlough was Pvt. George E. French, son of Mrs. Bell E. French, Greenback. He is stationed at Camp Polk in Louisiana. 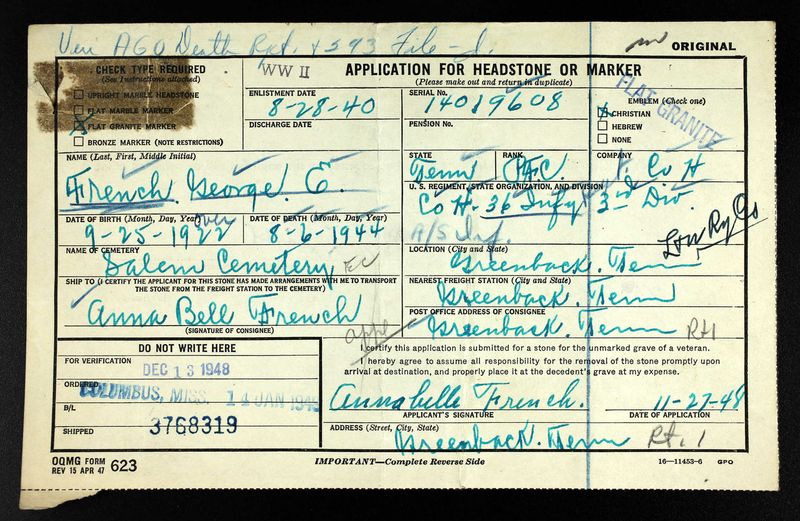 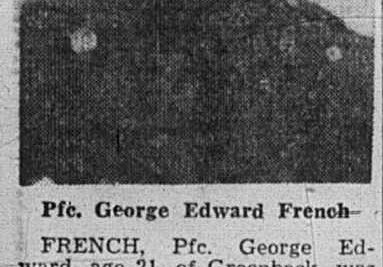