The Greeneville Sun, August 30, 1937
Dewey Starnes, agen 41, was killed instantly Saturday night at 11:30 when the car in which he was riding crashed into a fence post on the Andrew Johnson Highway near Limestone. His neck was broken and chest crushed. Harrison Payne, 30, of Greeneville, who was driving the car, was arrested on a charge of manslaughter and was placed in the Jonesboro jail. His preliminary hearing was set for this afternoon. Tom Malone, another occupant of the car was held for an investigation, but it is understood that he has been released. The car, a Chevrolet Sedan, was badly damaged.
Funeral services will be held at Cross Anchor Church. Interment will be in adjoining cemetery. He is survived by his wife, one son, George, one daughter, Ellen, his parents, Mr. and Mrs. J.L. Starnes and four sisters, Mrs. Ella Malone, Mrs. Freda Mircle and Mrs. Nina Maness and Mrs. Cora Malone.
The deceased who was a World War Veteran, served 18 months overseas. He had been living in Detroit, Michigan until a month ago. Since that time he and his family had been guests of his parents, who live on the Baileyton road near Greeneville. 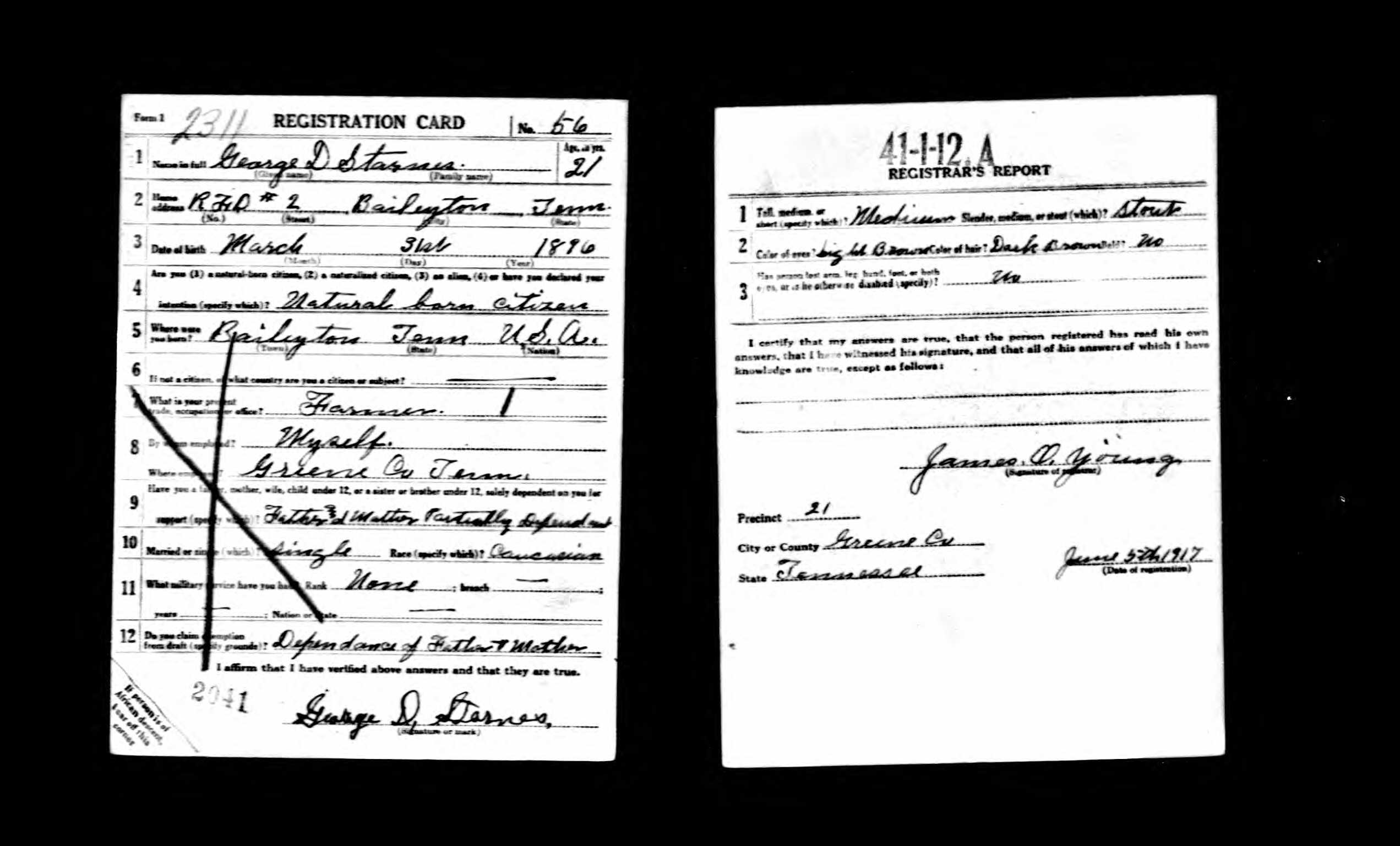 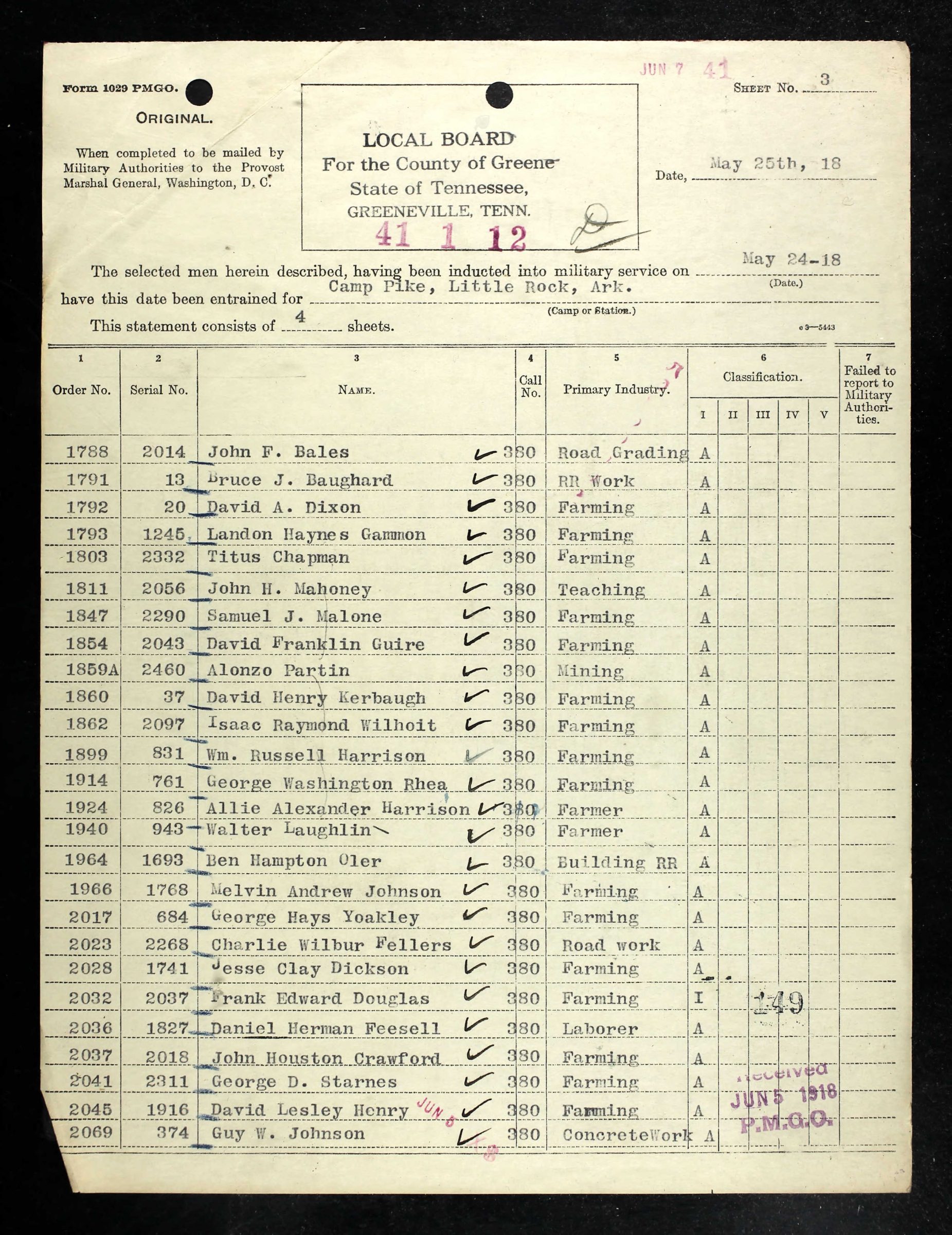 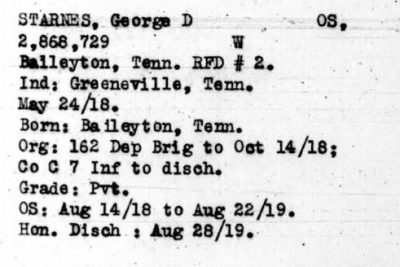 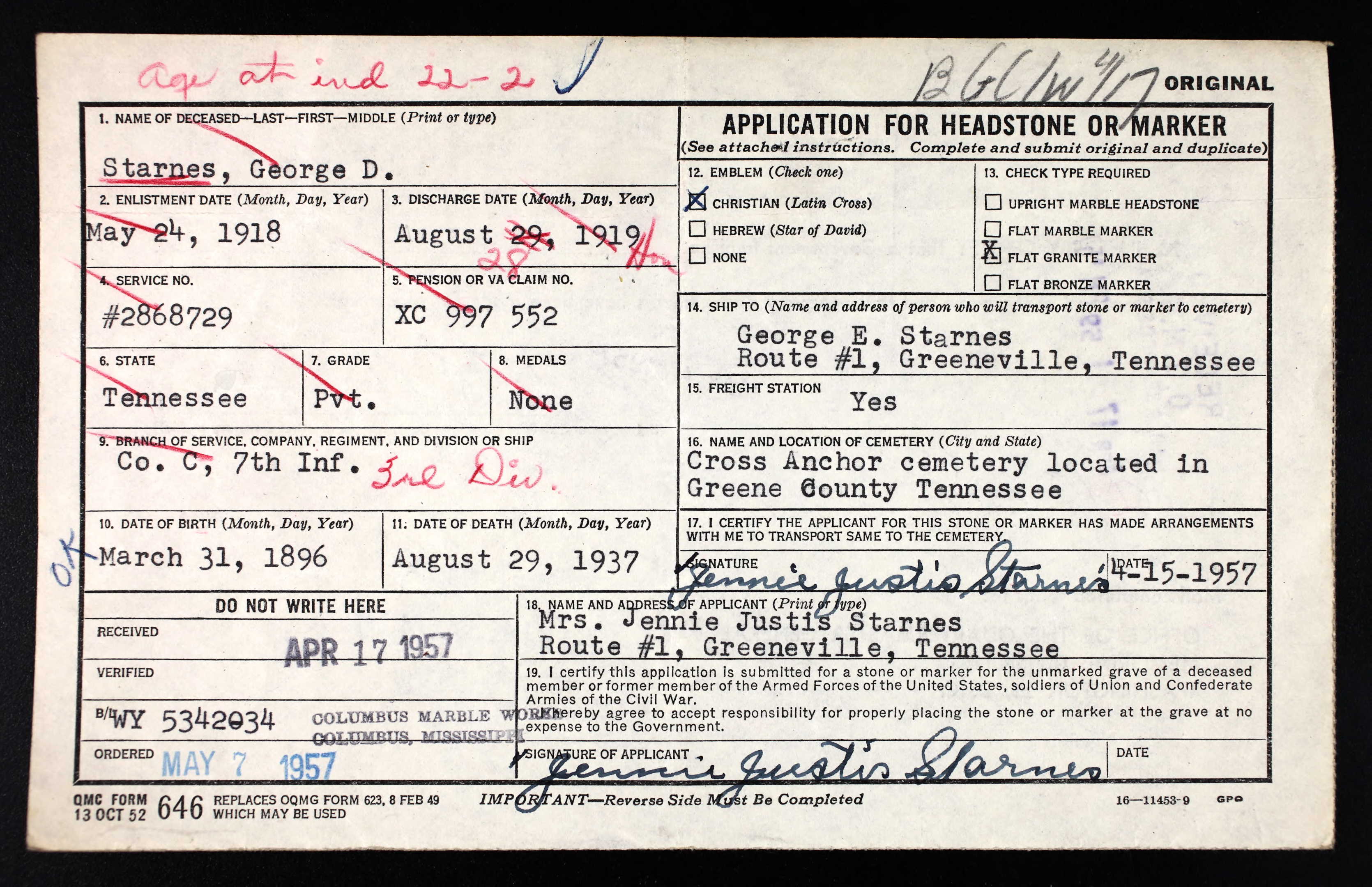 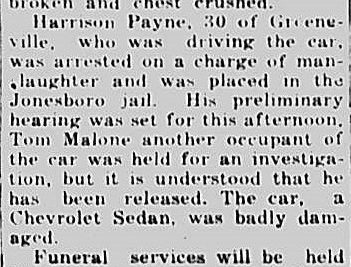