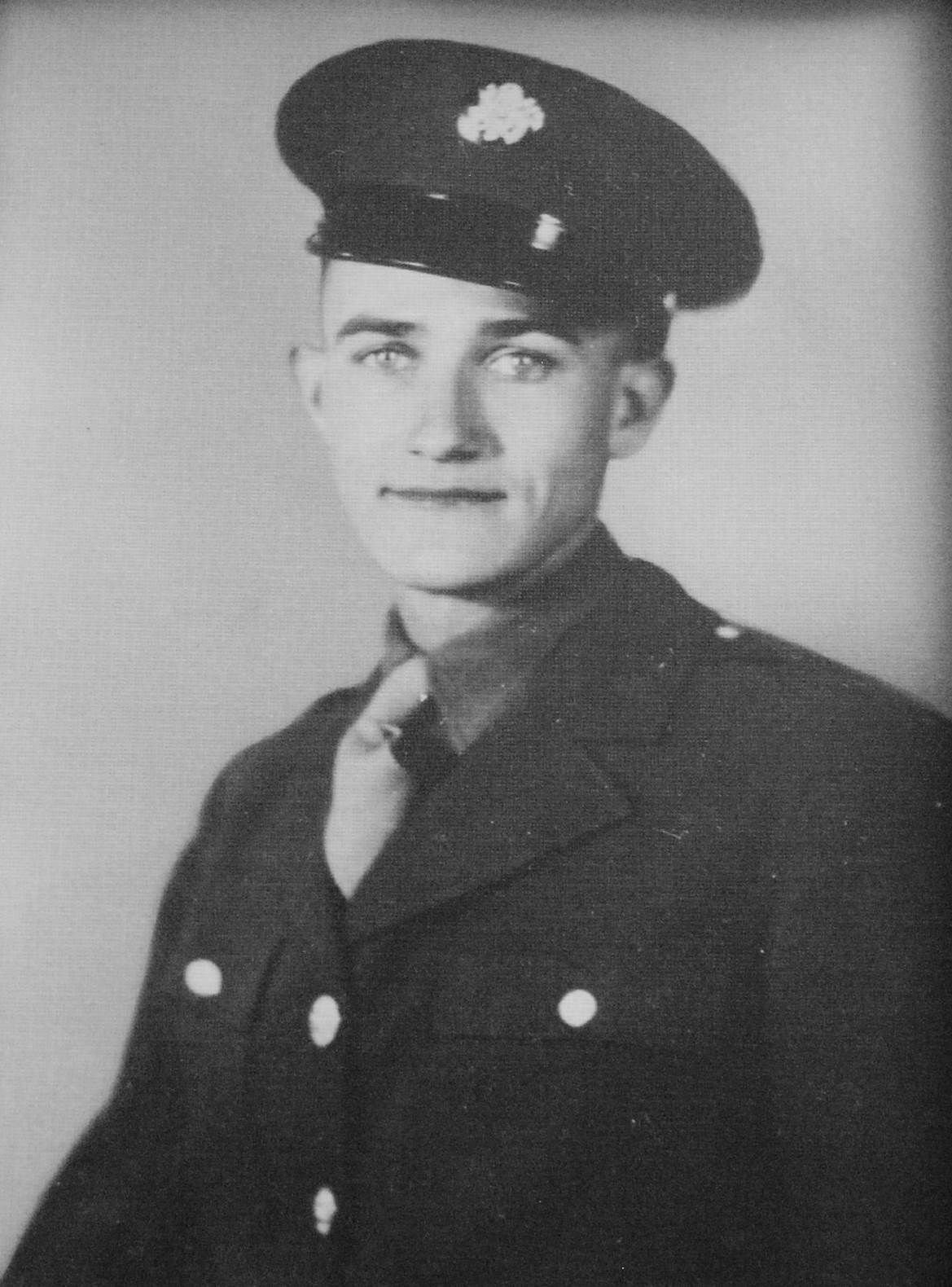 Corporal George D. Cox was assigned to the 143rd Infantry Regiment, 36th Infantry Division. The 36th Division had been involved in the Italy Campaign up until June when it was pulled off the line for rest and rehabilitation. On 15 August 1944 the 36th participated in Operation Dragoon, the invasion of Southern France, advancing rapidly and opening up the Rhone River Valley with Montelimar falling on the 28th of August.

Cpl Cox was killed in action on 27 August 1944. He is interred at the Rhone American Cemetery, Draguignan, France, located at D,5,1.

His awards include the Silver Star and the Purple Heart with 2 Oak Leaf Clusters. 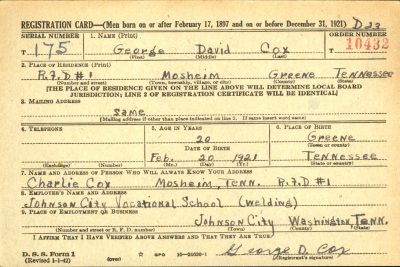 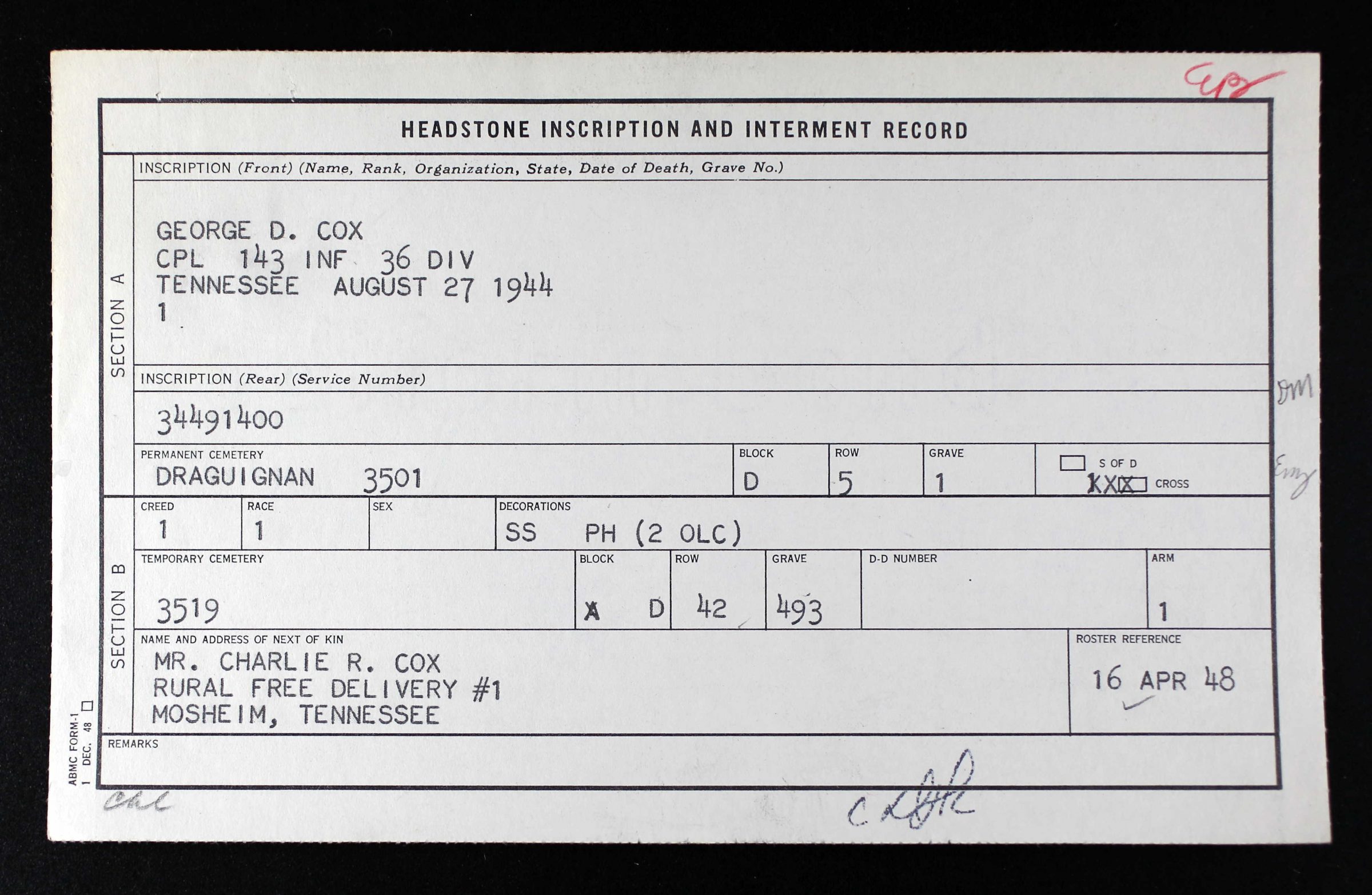 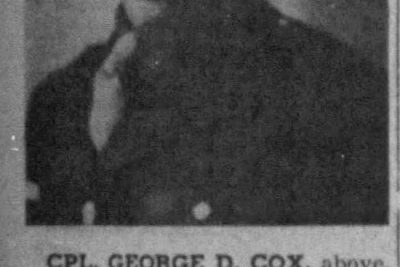