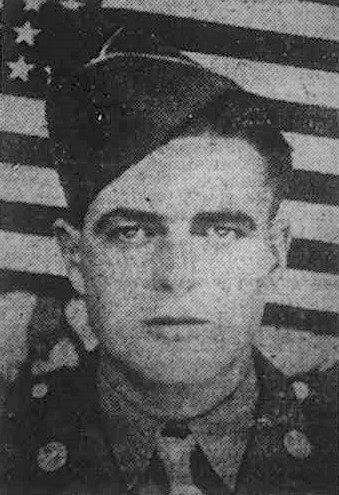 Scott County news, October 20, 1944
Mrs. Burg Marcum, of Oneida, has received the following telegram from Commanding Officer regarding the death of her brother, Private George Canie Marcum, who was reported killed in action.
“Mrs. Frona B. Marcum: The Secretary of War asks that I assure you of his deep sympathy in the loss of your brother, Private George C. Marcum, report received states he died as results of wounds in action September 18 in France. Letter follows.”
George Canie, who left Oneida and along with his brother, Cpl. Andrew Marcum, on February 1942, was 26 years of age. He first went to Camp Polk, La., for a year, then six months in the desert of California, back to Georgia where he and his brother Andrew were separated when Andrew went to England, then to North Carolina for a few days before being sent to England in April. He is survived by five brothers, Rev. W.C. Hillery, Clay and Marion of Oneida and Cpl. Andrew now in France; three sisters, Mrs. Burg Marcum and Mrs. Willie Boyattt of Oneida and Mrs. E. Brown of Bryson, Texas. Private Marcum leaves a large number of relatives and friends in Oneida and the county. 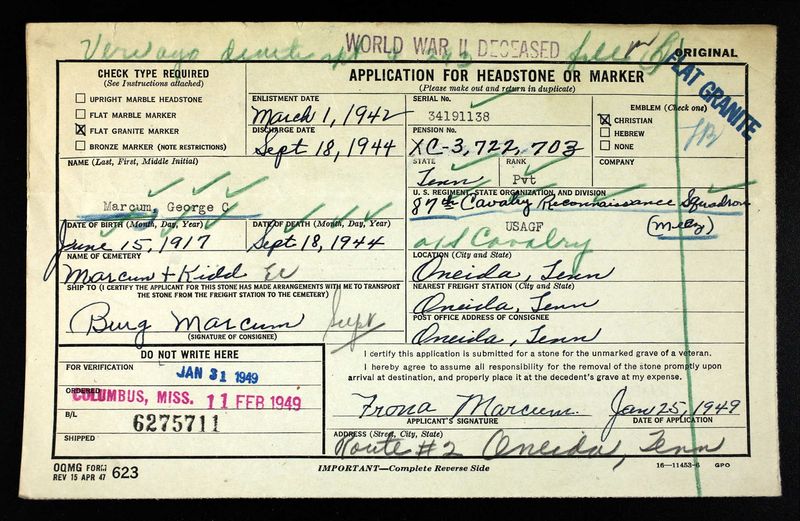