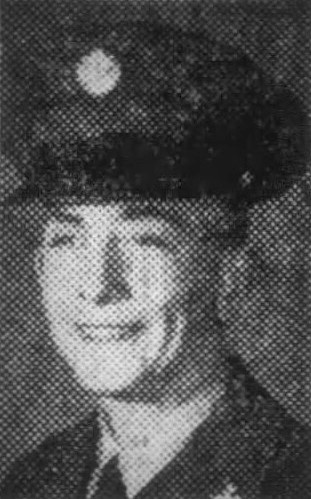 Corporal Hagie was a member of Company K, 3rd Battalion, 31st Infantry Regiment, 7th Infantry Division. He was Killed in Action while fighting the enemy in North Korea on November 28, 1950. His remains were not recovered. His name is inscribed on the Courts of the Missing at the Honolulu Memorial.

George was my dad’s brother. His birthday was Dec. 12, 1931. His mother, dad and siblings are all dead. My twin sister and I are his only close relatives. Several years ago DNA was provided from my grandmother (George’s mother) female relatives. I know Ala Montgomery was one that gave DNA.
–Submitted by his niece Laura Jan Jones

The Kingsport Times, May 7, 1951
Cpl. George S. Hagie, Kingsport, was listed among six Tennesseans killed in action in a report issued by the Department of Defense Monday. The son of Mr. and Mrs. Raymond H. Hagie, Route 8, Kingsport, Cpl. Hagie had previously been reported as missing in action. 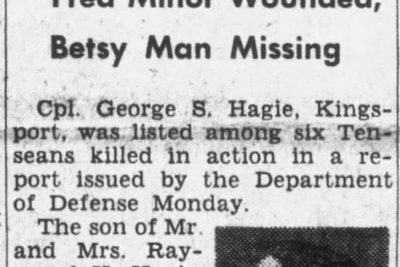