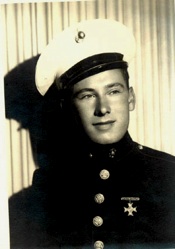 George Beecher Wampler Jr. was known to his friends as G.B. He completed high school in Kingsport. He was an outstanding student and desired to go to college. However, because of World War II, he went into the U.S. Marines shortly after graduation and was in the Third Battalion, 27th Marines, 5th Marine Division. He served his country loyally and was killed by the Japanese Armed Forces on February 28, 1945, on Iwo Jima. He was first buried in Plot 5, Row 1, Grave 1008, Fifth Marine Division Cemetery on Iwo Jima. Later his body was returned to his mother’s home in Kingsport, and his final burial was in Weber City, VA. Corporal George Beecher Wampler Jr. was buried with full military honors. He was buried beside his father, George Beecher Wampler Sr.
–Submitted by his nephew, Fred B. Wampler 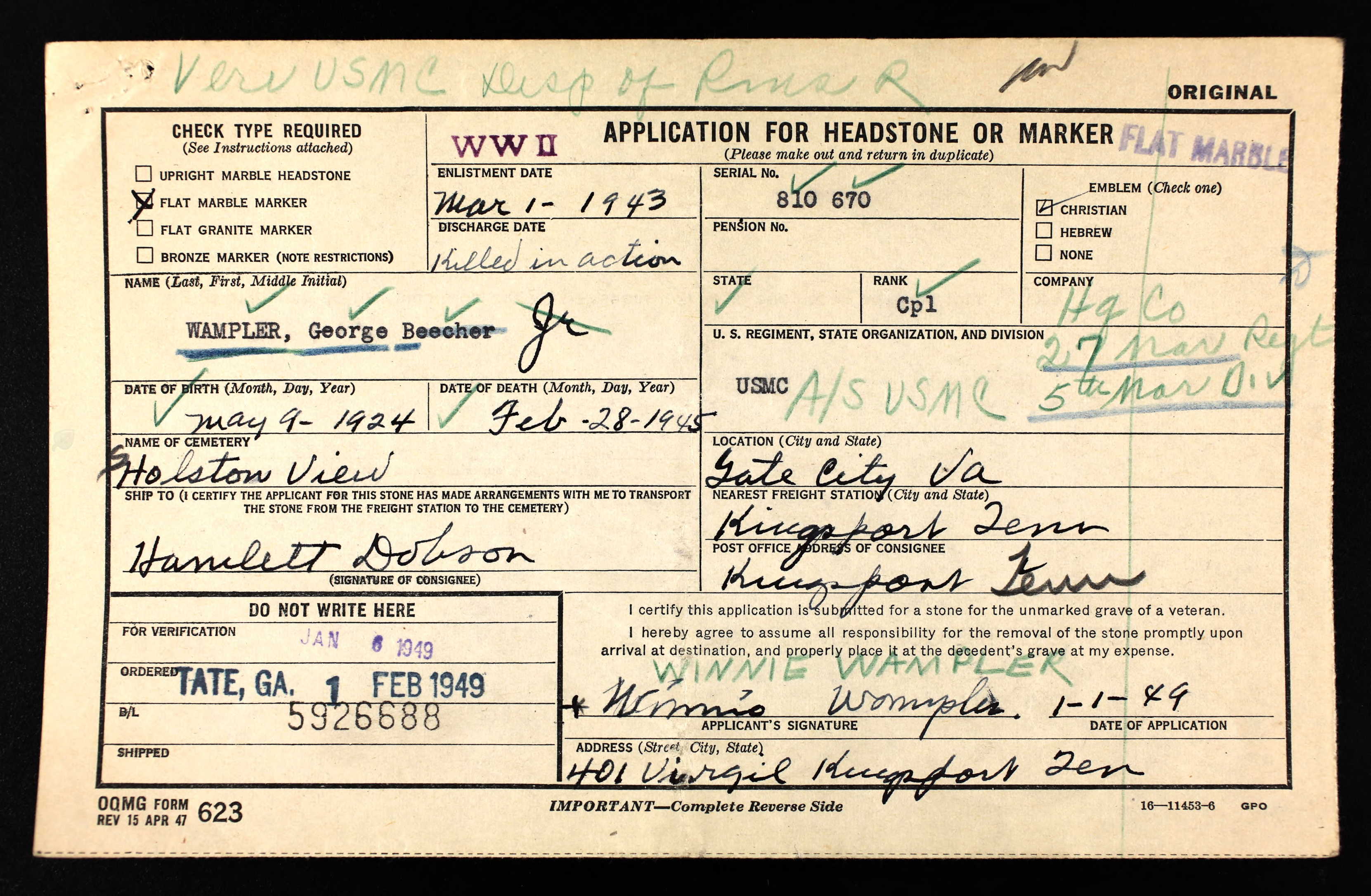 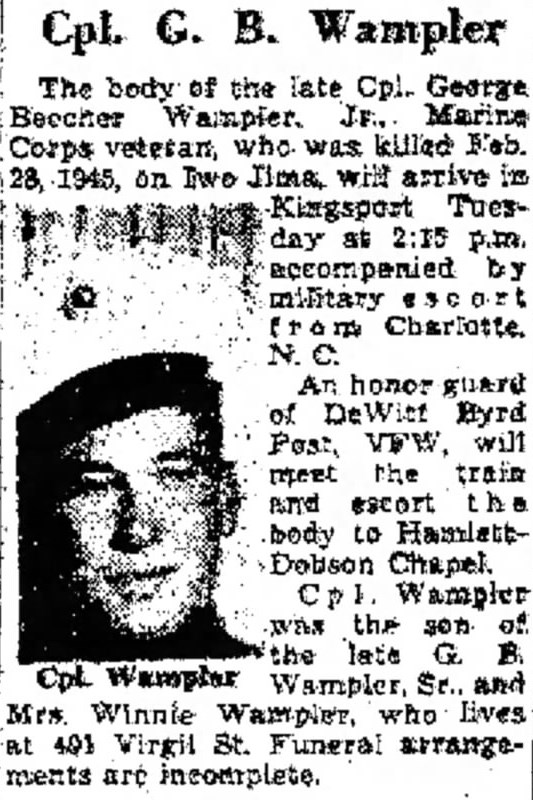