Pvt Newport was initially buried at the cemetery of Son, near Eindhoven, Holland. He was awarded the Purple Heart.

Word has been received that Pvt. George Newport was killed in action, Sept. 17, 1944, while serving with Co. A. of the 506th Para. Inf. in Holland. He was the son of Titus and Hulda Newport of Robbins, both deceased. He leaves a wife, Mrs. Florence Newport, a son Frank James, two years of age. Two sisters, Mrs. Parker Stonecipher of Liverpool, N.Y., Mrs. Clifford Lavender of Manilus, N.Y.; one brother, Pvt. Arthur Newport, who is somewhere over seas in a hospital (Source: The Scott County News, 13 Oct 1944, p1)

The following appeared in the 15 Apr 1949 edition of the Scott County News on page 4:

\(From N. Y. Paper) Cleveland – Military funeral services were held Tuesday for Pvt. George B. Newport at Long Island National Cemetery, Farmingdale, L. I. A native of Tennessee, Pvt. Newport spent many years in Syracuse where he was employed by the Syracuse Transit Company. He entered service in December 1942, and had basic training at Fort Benning, Ala., and Panama City, Florida. Pvt. Newport served with the 506th Paratroop Infantry and participated in the invasion of France and Holland. Surviving are his wife, Florence G. Newport, and a son, Frank James, both of this place, two sisters Mrs. Cora Stonecipher, DeRyter, and Mrs. Nora Lavender, Liverpool; and a brother, Arthur, Elgin, Tenn. 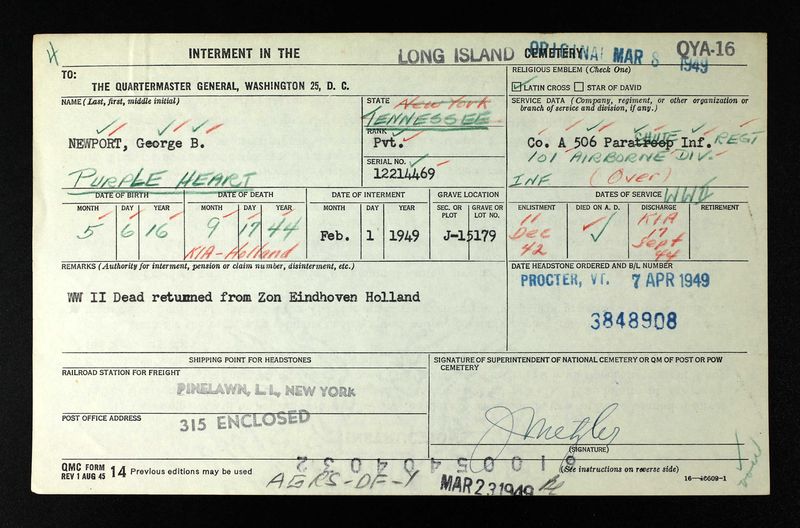 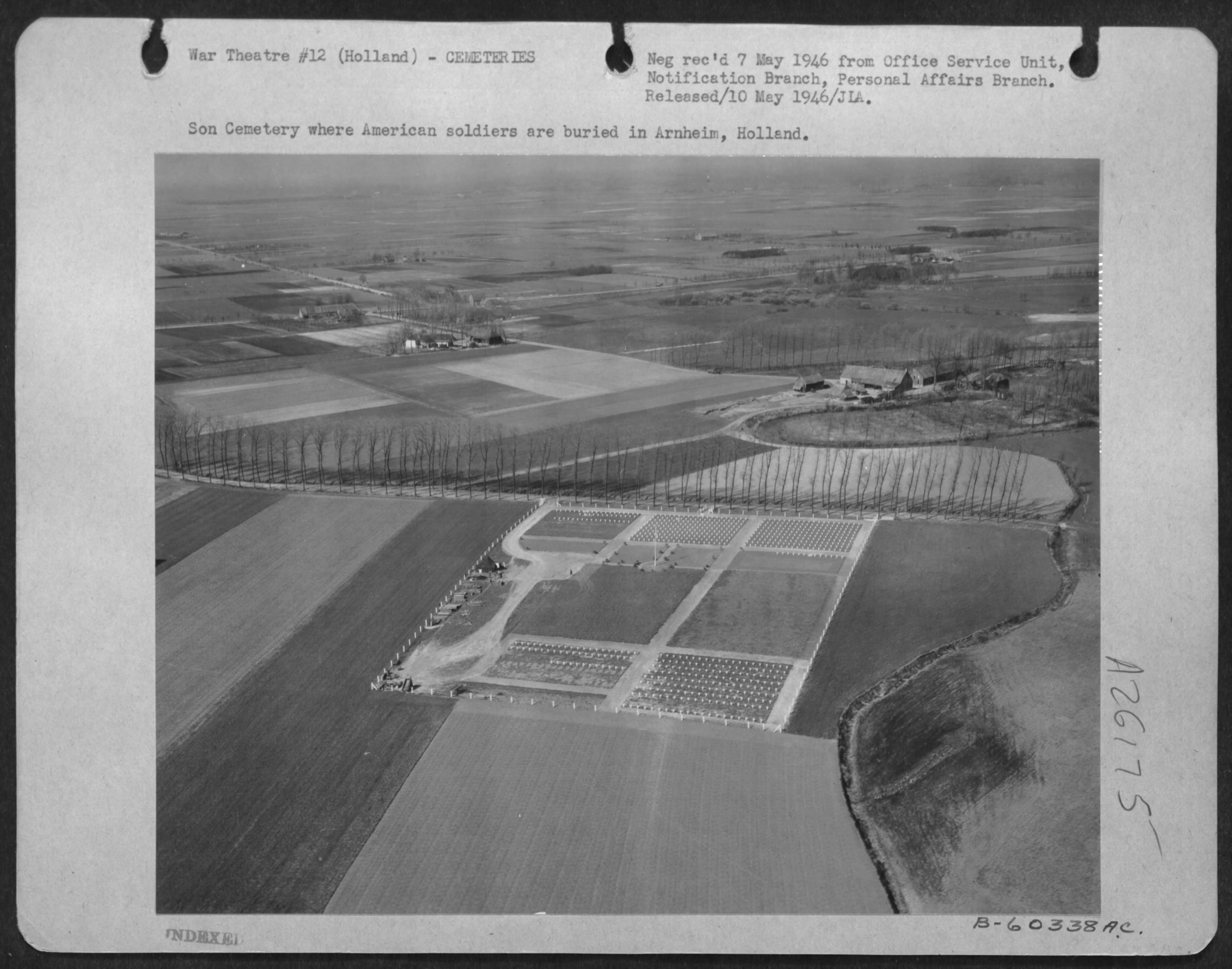 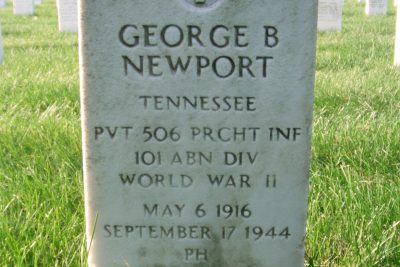