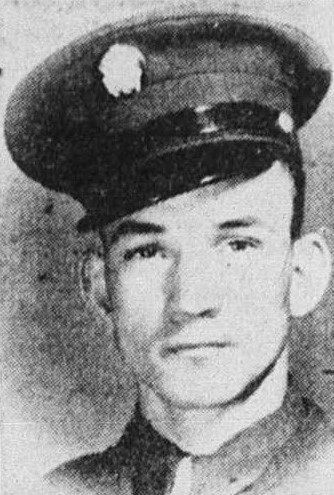 Bristol Herald Courier, December 27, 1948
Bluff City, Tenn.,  Dec. 26 – The body of Pvt. George A. Morrell, who died as the result of an operation while serving in the Southwest Pacific in August of 1943, will arrive here Wednesday on Train No. 42. He is survived by four sisters, Miss Alice Morrell, Mrs. J.W. Hyatt, Mrs. Coy Hicks and Mrs. Dewey Hodge, all of Bluff City; three brothers, Walter and Frank of Bluff City and Carl of Derby, Va.,; three half-brothers, Jodie and Henry Morrell, Bluff City and Bert Morrell, Morristown, Tenn.; and one half –sister, Mrs. Joe Nichels of Johnson City, Tenn.

Bristol Herald Courier, December 29, 1948
A member of the Bluff City Baptist Church since early childhood, Pvt. Morrell is the son of the late Mr. and Mrs. Albert Morrell. Prior to entering the service he was employed by the Stonega Coal and Coke Company. He died August 12, 1943 while in the Fiji Islands in the Southwest Pacific. He entered the service on December 5, 1942. Full military honors will be accorded him at the Grave. 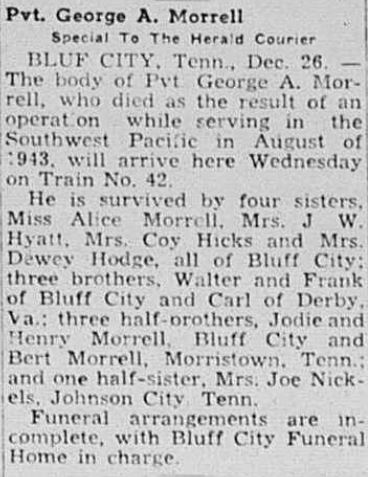