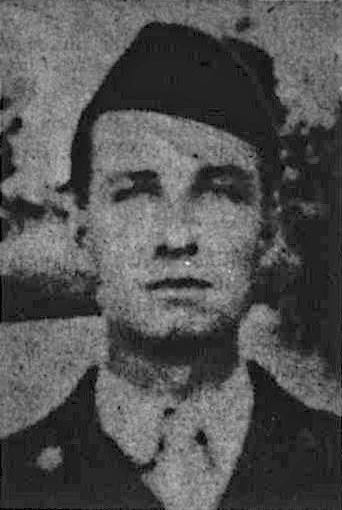 General Allison Elmore was born 5 March 1918 to Elisha C. Elmore and Rosa Lee Pugh.
He was killed in action 14 May 1944 near Tremensuoli, Latina, Italy
Buried at Pugh Cemetery, Crossville, TN

Crossville Chronicle, November 2, 1944
Private First Class General A. Elmore, age 26, son of Mr. and Mrs. Elisha Elmore of Crossville, Route 1, was killed in action somewhere in Italy on May 19, 1944, according to a telegram received by his parents from the War Department. Pfc. General A. Elmore was serving with an Infantry unit with the 85th Division. He entered the service on May 12, 1942, and took his basic training in Misssissippi, Louisiana and California. In a recent letter to his parents from Pfc. Elmore, he stated: “I received my Good Conduct Medal and several more received theirs, and I was glad to get it and to know that my record is clear and nothing against me and I’m going to try to keep it that way, at least I hope I can.”
Pfc. Elmore went overseas in December. 1943, landed in North African and went from there to Italy. He leaves his father and mothers; also two sisters, Miss Lou Elmore of Crossville, Route 1, and Mrs. Ervin Stamps, of Mayland, Route 1, and one brother, Arthur D. Elmore of this city, and many friends and relatives. The Purple Heart has been received by his parents.
Pfc. Elmore was awarded the Bronze Star, the War Department announced recently. 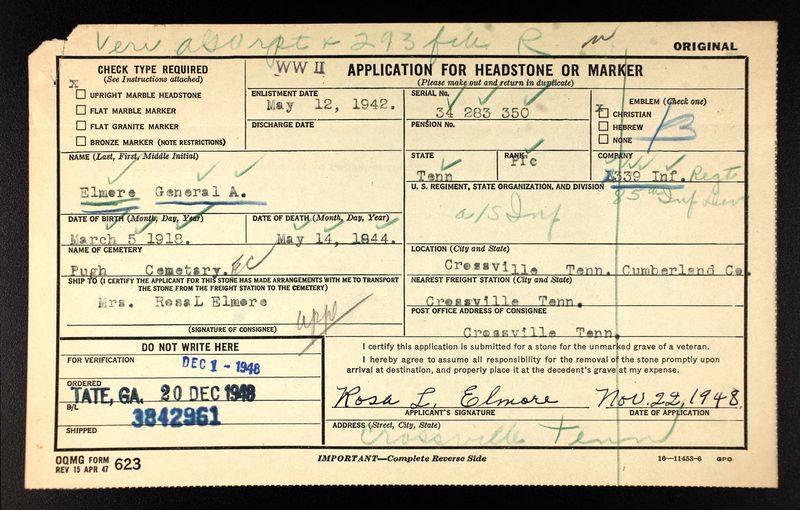 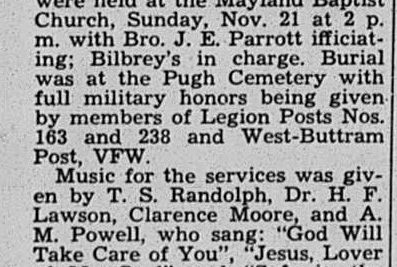