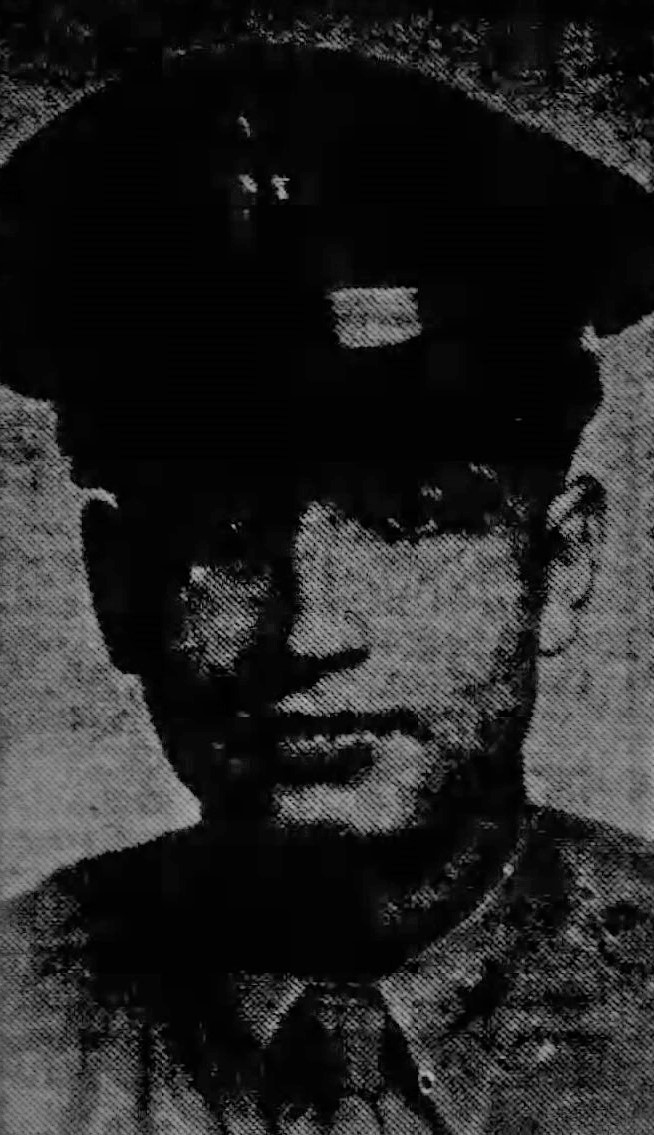 Gene Marshall Smith was the pilot of aircraft P-47D-3 with serial number 42-22659. He departed from Jackson Drome on a Cross County mission to Finschafen, New Guinea.

Statement form 1st Lt. Max Itzkowitz, Flight Leader:
I was leading a flight to Finschhafen with Lt. G.M. Smith in No four position, weather forced me to turn back towards Lae – that being closed I proceeded to Dobodure. Lt. Smith was lagging most of the trip and was last seen leaving the flight about twenty miles South of Salamaua. I circled twice trying to pick him up but since my wing men were low on gas I proceeded to Dobodure. Lt. Smith was last seen buzzing the coast line below Salamaua. He did not contact or signal anyone in the flight.

Statement from Captain Don L. Sutliff, Operations Officer:
On the day after receiving the report of the missing Pilot, Lt. Smith, I contacted the instructor leading the Cross County Flight and asked him to see about an immediate search party. Lt. Itzkowitz the instructor informed me that he had contact V Fighter Command Rescue Service. They immediately put out a search party but with no results. The search was then continued for several days according to word received at this Headquarters. It is believed that Lt. Smith left the formation to buzz the beach area near Salamaua and ground inland from here.

The Chattanooga Daily Times, 14 August 1944
Lt. Gene M. Smith, 20, P-47 Thunderbolt fighter pilot and son of Mrs. Lucy Smith, 1728 Foust Street, has been missing over New Guinea since Aug. 6, the War Department informed his mother last night. Lt. Smith is a graduate of Lake Junior High School and Chattanooga Vocational School. He entered the air force in February, 1943, completed flight training at Bradley Field, Conn., and went overseas approximately six weeks ago. Prior to army duty he was employed in the Signal Corps radar laboratory at Belmar, N.J.
He is the brother of David M. Smith and Miss Margery Louise Smith, both of Chattanooga. The official telegram stated that he was missing over New Guinea, and gave no details concerning his activity. 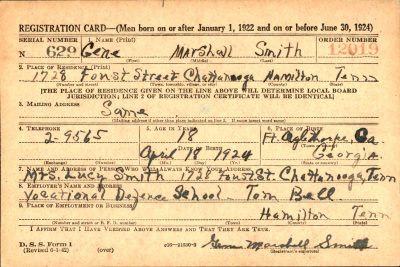 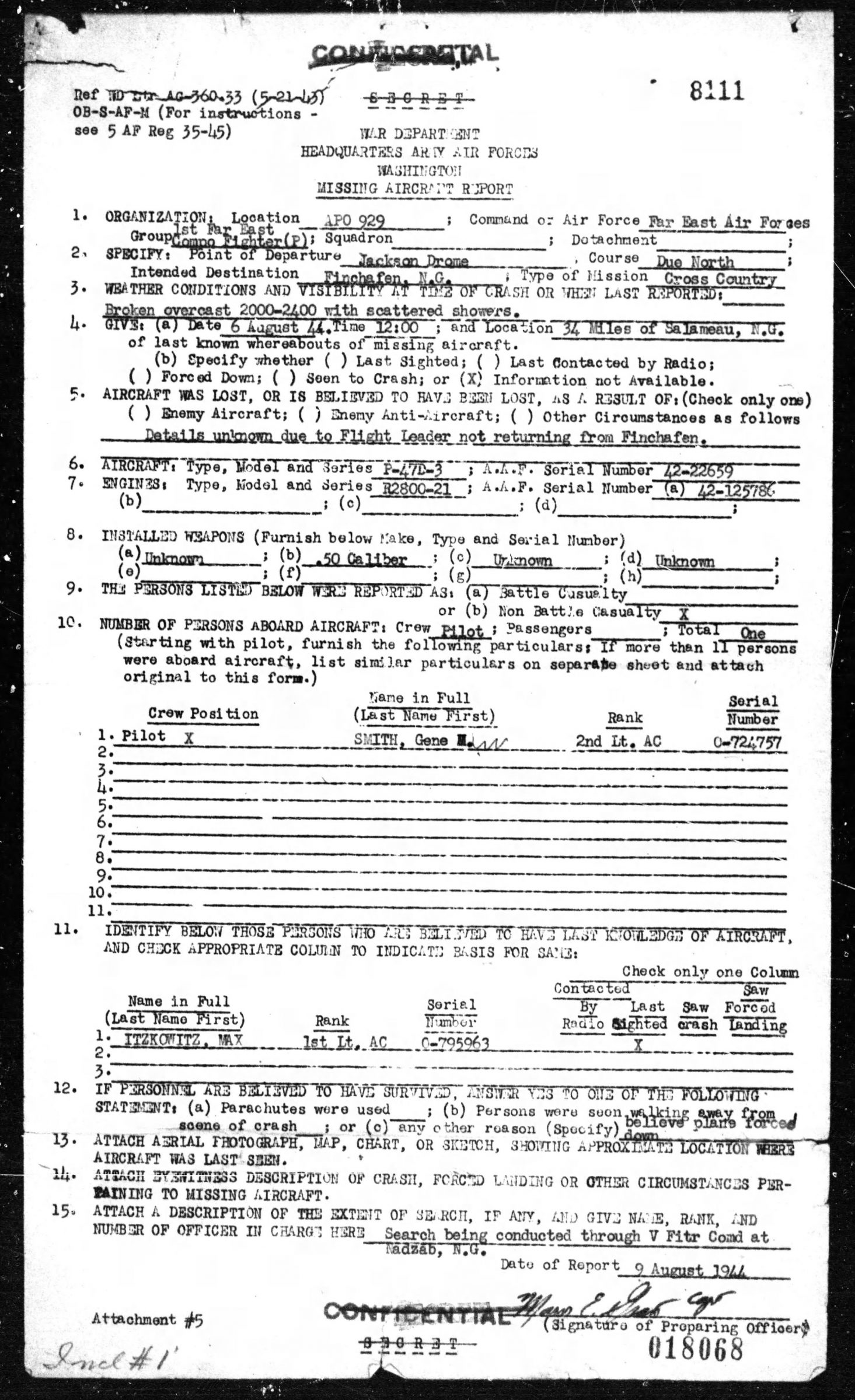 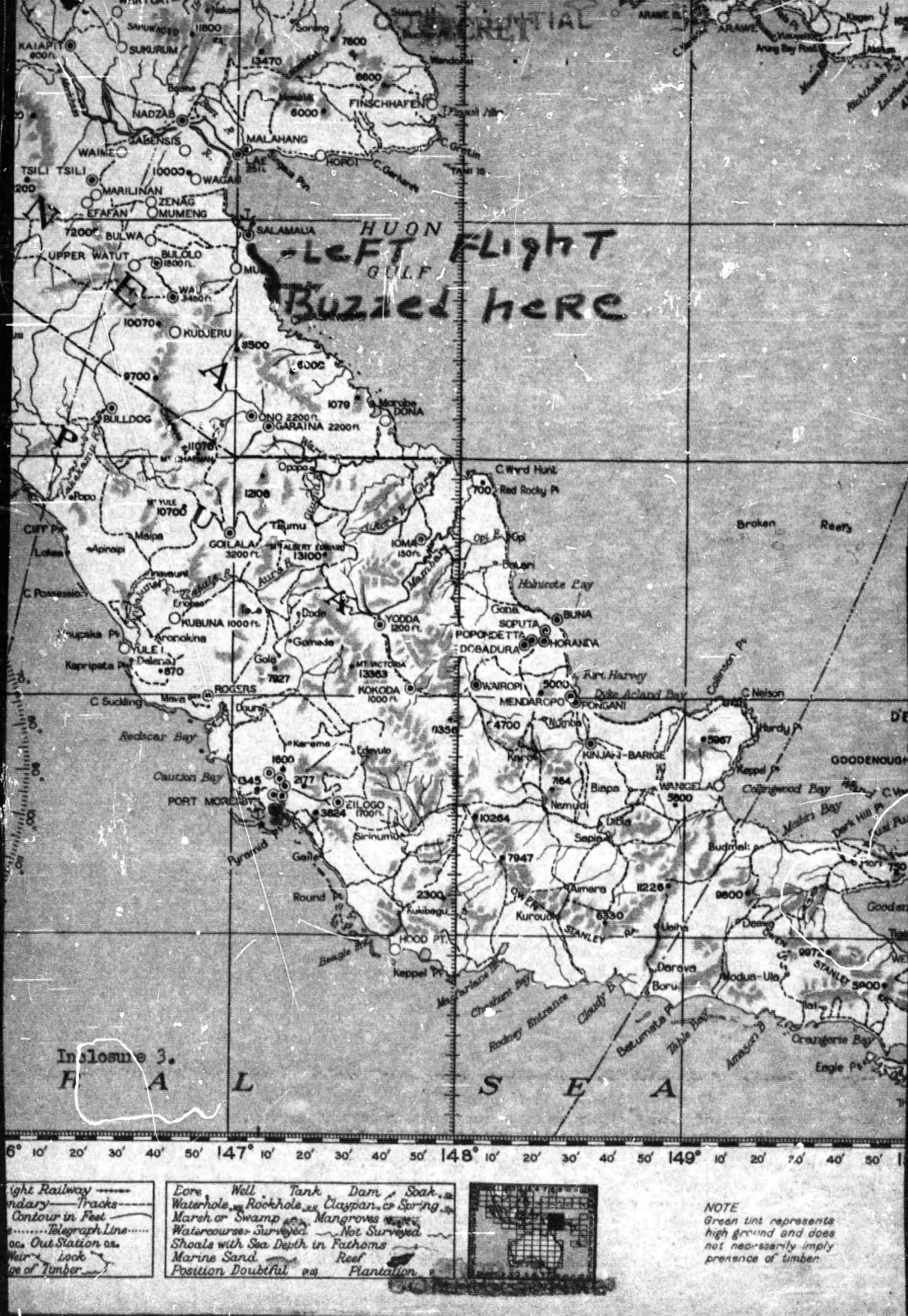 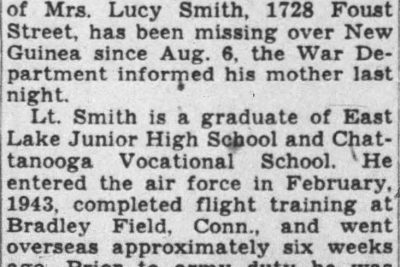 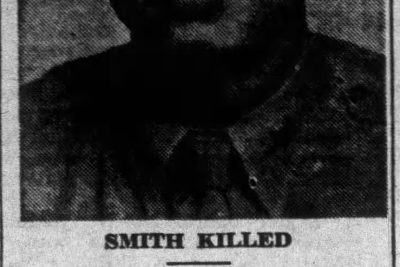