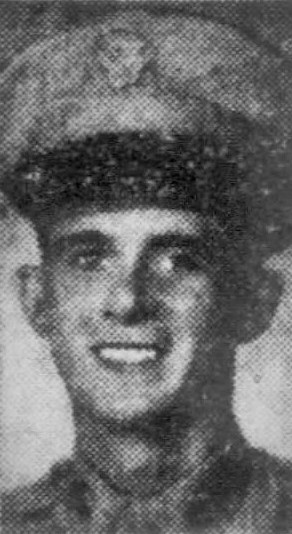 Staff Sergeant Gene Edward Lillard was born in Maryville, Tennessee, on July 23, 1929, to parents, Reverend Horace Lillard and Nixie Young Lillard. He was a member of Headquarters and Headquarters Squadron, 5th Air Force. On December 27, 1952, he was a passenger on a C-47D Skymaster (DC-3), operated by the Royal Helena Air Force. As it took off from Chinhae Air Base (K-10), South Korea it crashed near Haengom-ni killing all 14 aboard.

The Knoxville Journal, December 30, 1952
Maryville, Dec. 29 – “Your son is dead, killed in Korea!” The Rev. Horace R. Lillard, who lives near here, read those dreaded words in a telegram delivered to his home yesterday. It was from the Defense Department informing the minister that his son, Staff Sgt. Gene E. Lillard, had died Saturday in a plane crash. Mr. Lillard was relaxing at his rural home preparatory to delivering his evening sermon at the Clover Hill Presbyterian Church, of which he is pastor, when the message arrived. He had already prepared to speak on “Treasures in Heaven” at the service and made a quick decision to deliver the sermon as scheduled. “That’s the way my son would have wanted it,” he explained later. “A person may be poor in material things and yet be rich in spiritual values,” he told his congregation, “We can all be richer in Faith, love, and patience.”
His congregation received no hint of their pastor’s recent bereavement until the close of his sermon shen he said simply: “My family’s treasure is Heaven is greater now – our son is there.”
Only members of his family were aware of the son’s death until Mr. Lillard spoke those words. After Mr. Lillard finished speaking members of the congregation rushed forward to offer their sympathy to the family. Young Lillard, 23, had been in the Air Force about three years. No details of how he died were included in yesterday’s message but Mr. Lillard was advised that a letter giving details would follow. Survivors include his father and mother; two sisters, Miss Norma Lillard, Maryville, Mrs. Dick Johnson, Louisville; two brothers, Ray L. Lillard and James Lillard, both of Maryville.

The Knoxville Journal, October 10, 1953
A Bronze Star awarded to the late S/Sgt. Gene E. Lillard for meritorious service in Korea, was presented to his mother, Mrs. Horace R. Lillard, Route 5, Maryville. Sergeant Lillard was killed in a plane crash in Korea last December. According to the accompannying citation, Sergeant Lillard “distinguished himself in connection with military operations … in which he was personally responsible for the security and prompt delivery of vital daily combat orders and strike photography … for units of the Fifth Air Force.” It was explaned that the loss or misrouting of these documents could have caused delay or cancellation or air strikes in support of United States forces in Korea.
The citation went on to say that “Sergeant Lillard, fully aware of the hazards involved and the urgency of his misison, demonstrated close attention to duty and dependability … and contributed substantilly to the success of UN operations of Korea.”
Sergeant Lillard’s father is pastor of Clover Hill and Big Spring Presbyterian Churches in Blount County. 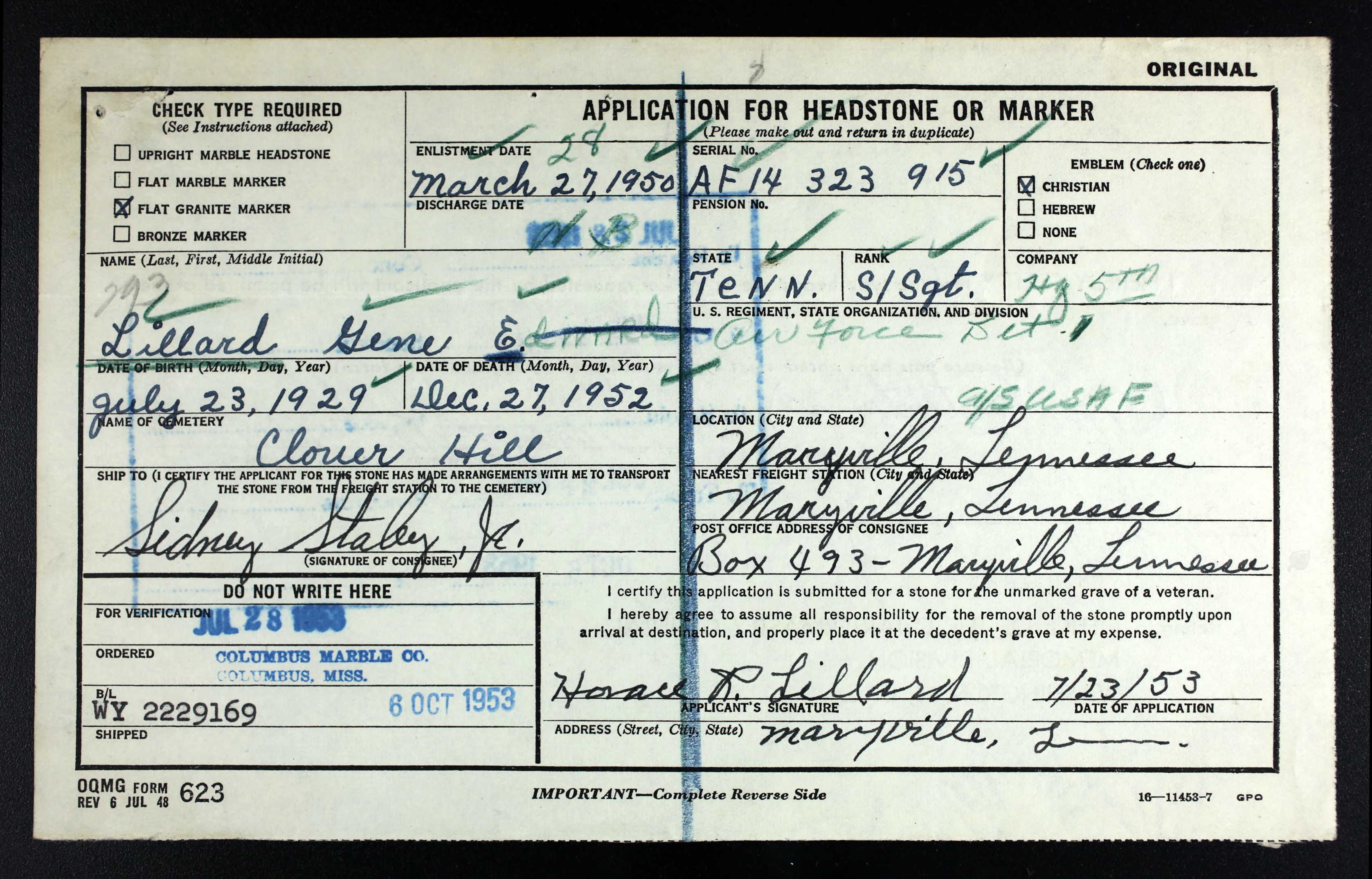 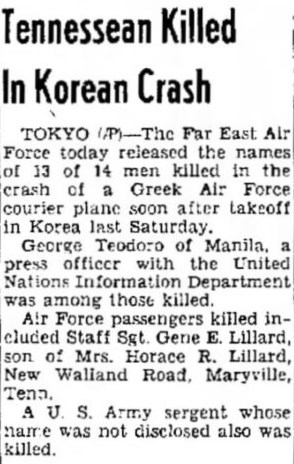 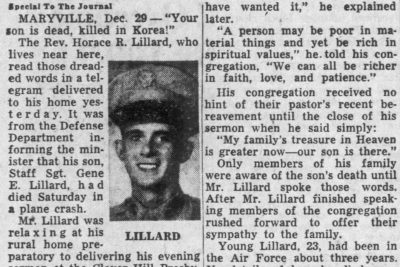 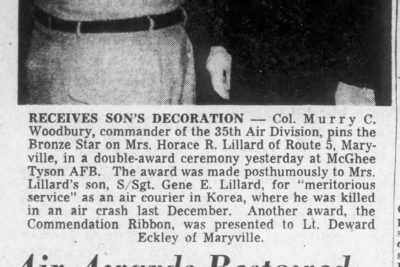