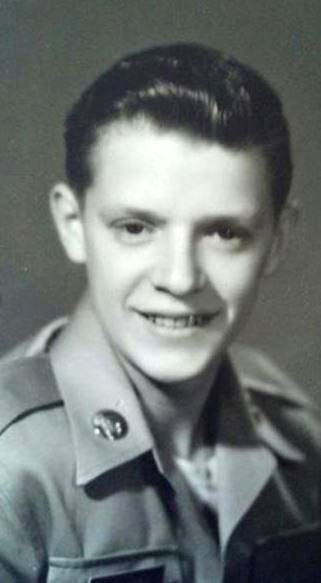 Specialist 4th Class Gary Lee Edwards of Oliver Springs was born on September 13, 1946. He was the son of Eugene C. Edwards and June Tunnell Edwards. He married Barbara Price on May 9, 1967 in Roane County.

Specialist 4th Class Edwards served in the military for four years. His final tour in Vietnam began on June 20, 1969. He served as a Unit Supply Specialist in Company A, 1st Battalion, 46th Infantry, 198th Infantry Brigade, Americal Division. He died at the age of 23 on March 27, 1970 in Quang Tri, South Vietnam. His death is listed as a hostile, ground casualty resulting from gun or small arms fire. He died outright.

“Gary lived in Anderson County but graduated high school from Oliver Springs, which is in Roane County. He was killed in Vietnam on March 27, 1970.”
-Submitted by Joan Carter 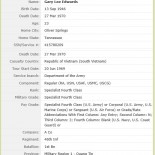 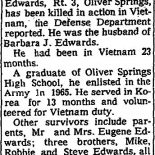