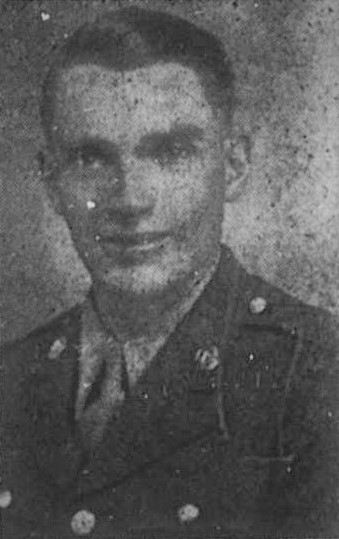 Rogersville Review, February 1, 1945
War claimed the life of Pvt. Gale M. richardson, age 25, who was killed in Germany on December 12, 1944. Pvt. Richardson, who was from Eidson, entered military service Feb. 17 ,1944 and took training in Mississippi and Pennsylvania. He went overseas in August where he was attached to the Third Army. He is survived by his wife, Edigth McMillan Richardson and three children, Leen Anne, Jack and Linda; also his mothers, Mrs. Monroe Richardson. He had a host of friend in his home community and his death was a severe blow to all of them.

The Kingsport Times 19 August 1948
The body of Pvt Gale M. Richardson, 25, of Eidson, Tennesse, will arrive in Bulls Gap and will be removed to Colboch-Price funeral Home at Rogersville.
He entered service February 15, 1944 and was killed in Germany December 12, 1944.
His survivors are his widow, Edith M. Richardson, three children, Lee Ann, Jack and Linda; his mother Mrs M.A. Richardson, all of Eidson, five brothers, Newton, Tenn., Luther of Rogersville, Hobert of Jonesbore, Kitt of Blackwater, Va., John of Eidson; two sisters, Mrs. Charley Kersey of Rogersville and Mrs Rod Sizemore of Eidson. 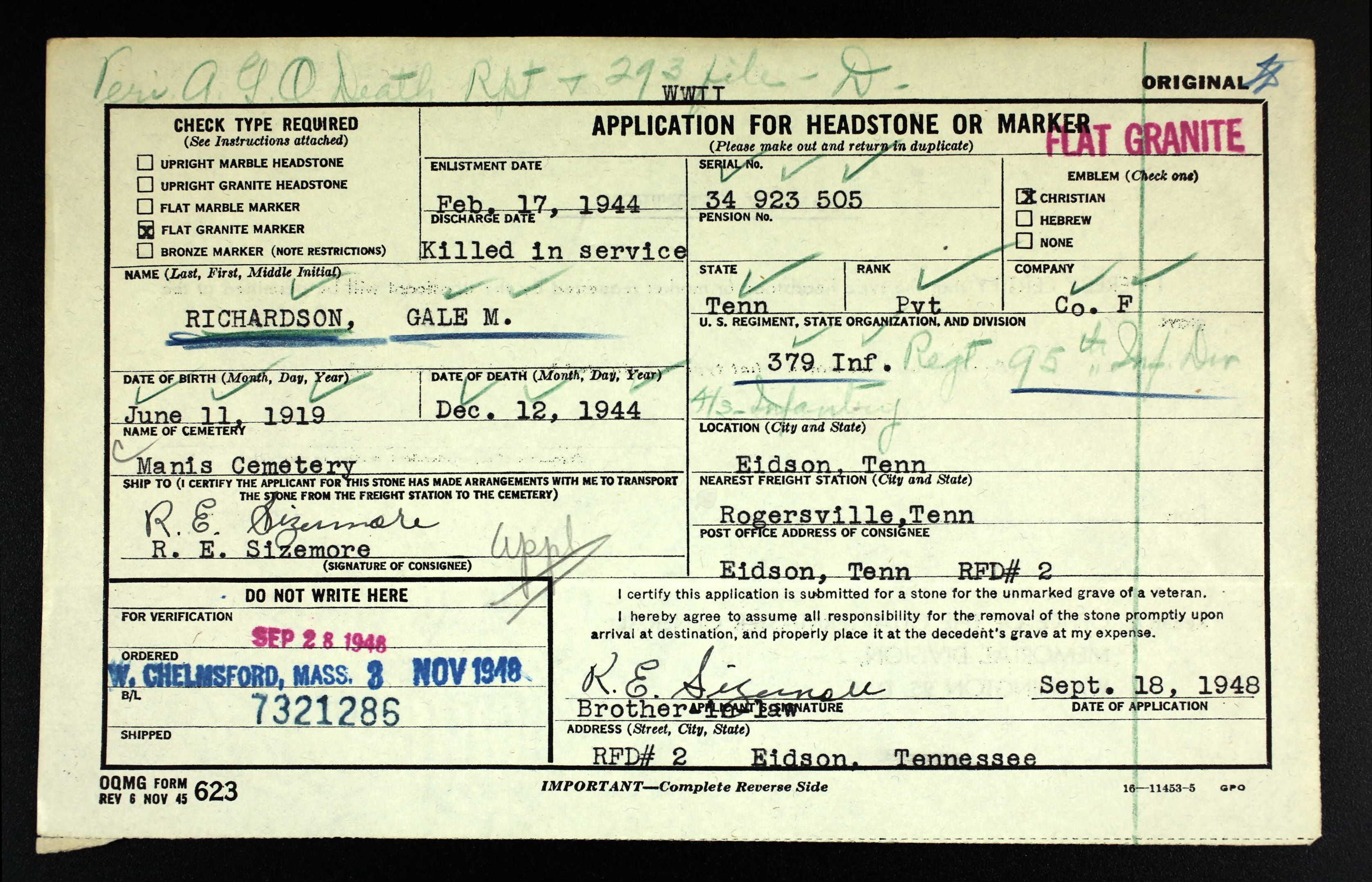