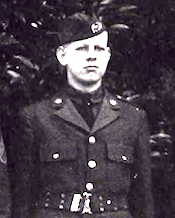 At approximately 2230Z, 25 March 1943 aircraft B-25C with serial number 42-32302 on a routine Gunnery Practice mission crashed 20 miles from Viti Levu (Fiji Island). The body of Lt Milligan was not recovered. All the crew went down with the plane. Search disclosed empty life raft and other impedimenta floating on the water. 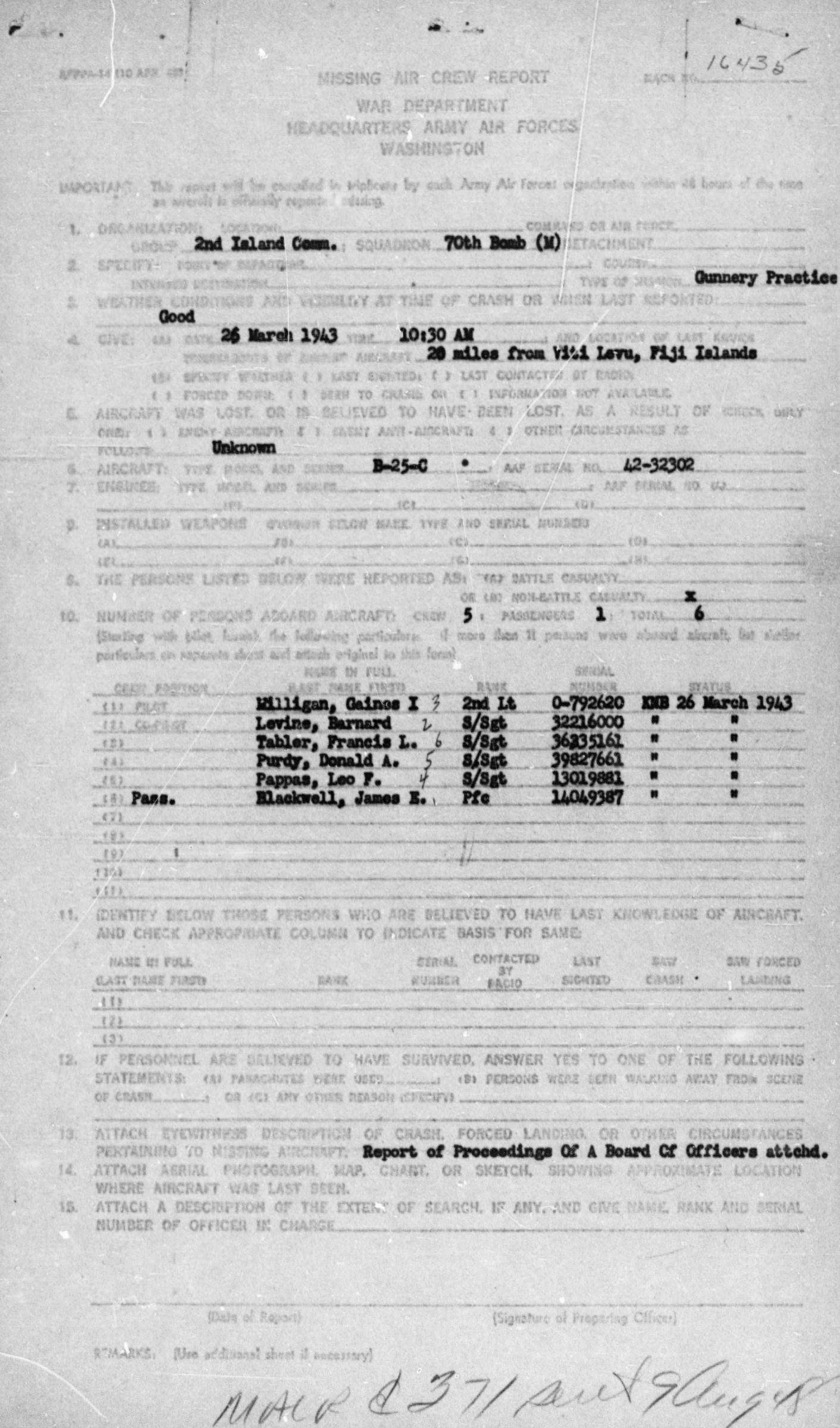 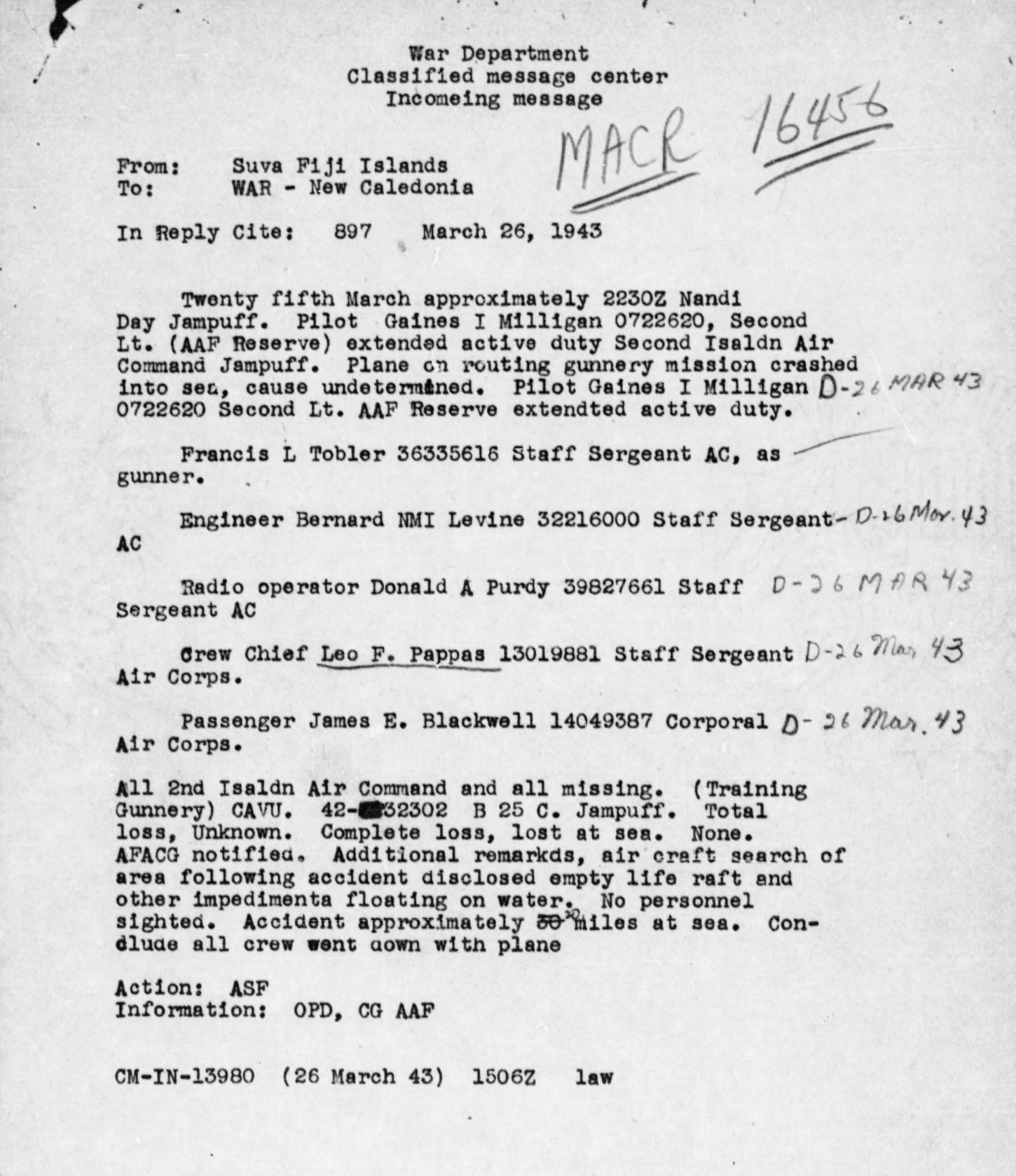