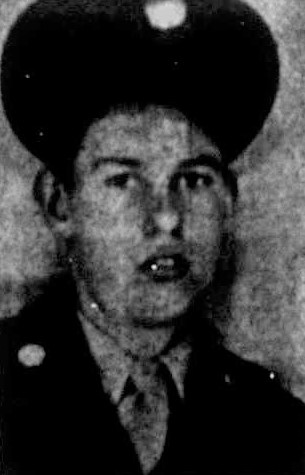 The Greeneville Sun, October 8, 1951
Pfc. Frederick E. Stone left Greeneville on October 5, 1950 to be inducted into the U.S. Army. On Friday, October 5, 1951, his funeral will be held at the Andrew Johnson National Cemetery.
Pfc. Stone, aged 25 and a son of Mrs William A. Stone, was killed in action in Korea on February 14, 1951. After completing his basic training at Fort Jackson, S.C. he was sent overseas in December and assigned to Co. E, 19th Inf. Regiment and was serving with that outfit at the time of his death.
A military funeral will be held and will take place on Monument Hill, where interment will also take place. Besides his mother he is survived by five brothers, Hubert, Albert, Jerome, Walter and Ralph Stone of Greene County; seven sisters, Mrs. Deselena Kilts of Elm Hurst, Ill., Mrs. Bertie Sexton of Oak Ridge and Misses Georgia, Jean, Betty, Barbara and Martha Stone of Greene County. His father was killed about two months ago when struck by a car as he alighted from a bus at his home. He was a member of the Free Will Baptist Church at Piney Grove (White Sand) and attended church regularly. 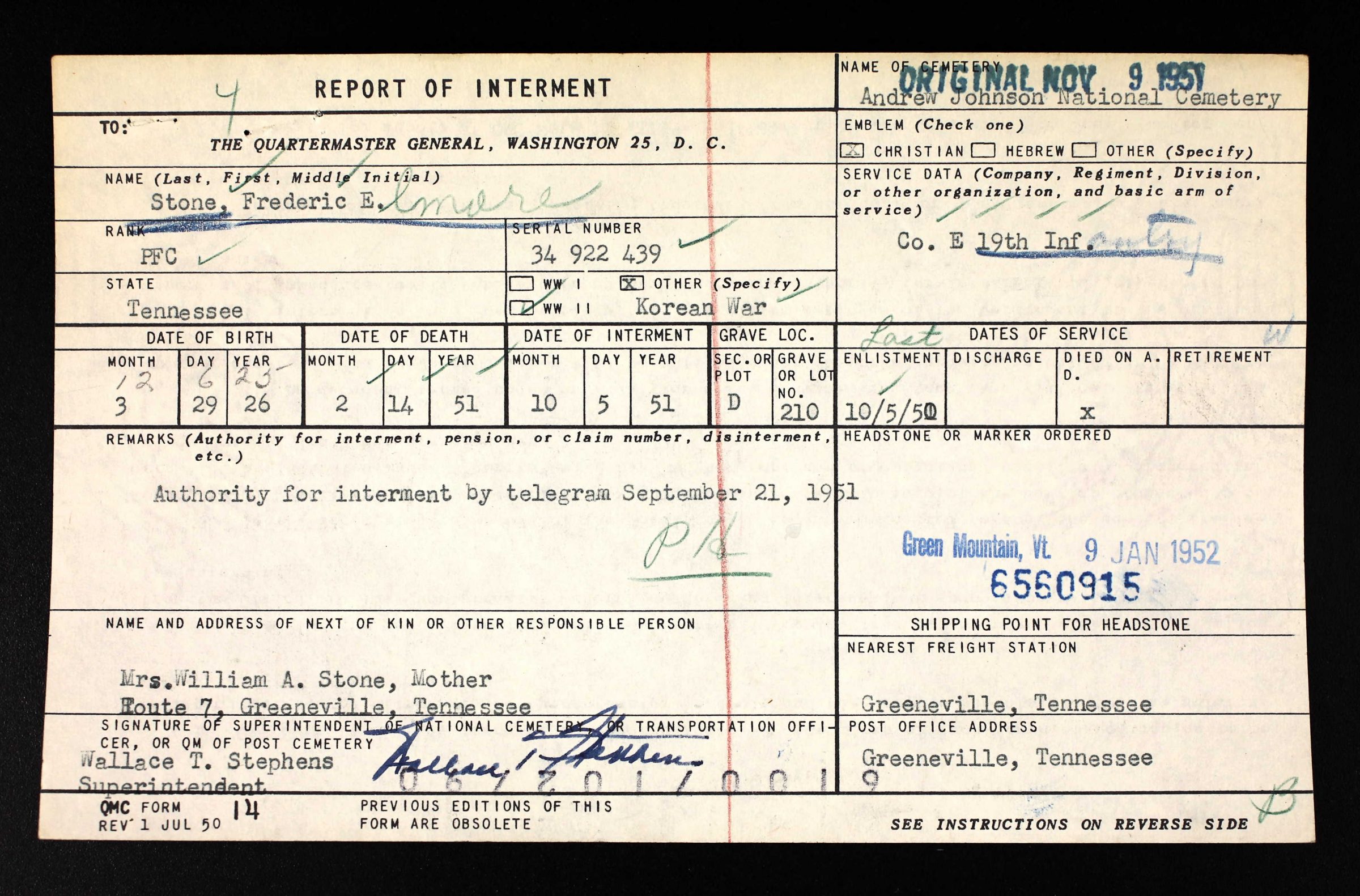