The Knoxville News Sentinel
October 6, 1970
A Knoxville Career soldier, Sp. 4 Frederick P. Broyles, 25, was killed in action near Long Bien, South Vietnam, Sept. 26, his mother, Mrs. Maud Cherry, 746 College St., has been notified. He was the first Knox Countian killed in the war since June 11. According to word received by the family, the Knoxville soldier came under enemy attack when a civilian building in a small village near Long Bien was attacked. He died in the fighting that followed. He was in a transportation unit. Besides his mother, he leaves two sisters, Queen Elizabeth Broyles, Knoxville, and Gladys Virginia Broyles, California, and a brother, Samuel Broyles, Knoxville. His father, Irvin Broyles is dead. He was a graduate of Vine Junior High School, and he attended Austin High before he entered the Army in 1964. He had been in Vietnam since February. Clark Mortuary is in charge of arrangements. 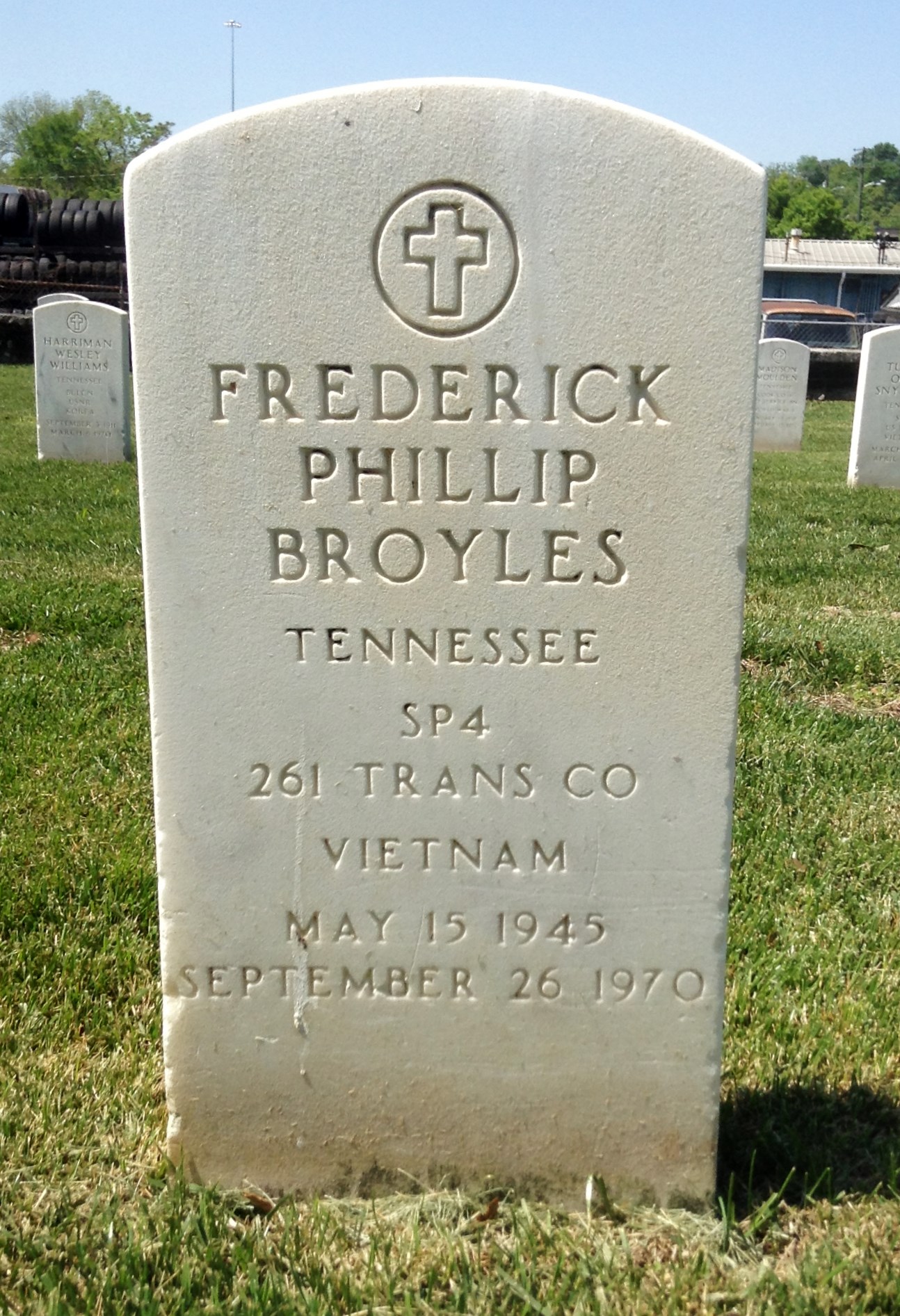 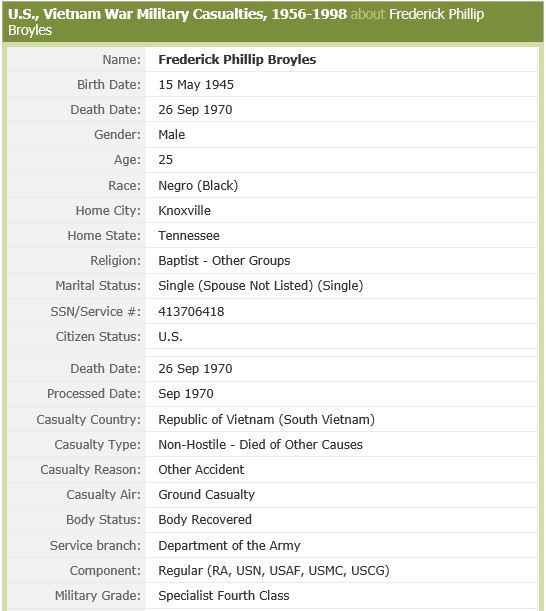