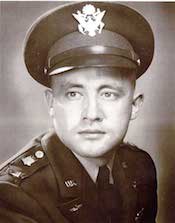 On night 23, morning 24 April while in flight from Gandor Bay, Newfoundland to Prestwick, Scotland the radio Operator in A/C 42-5816 received an SOS from 30 degrees West, 34 degrees North. It is presumed that the SOS was from Aircraft 41-3132.

Young Plyley is among the first Monroe County boys to give his life in defense of his home and his country. He had been in service since Jan. 5, 1943, and during that period of military training won an award for proficiency. While in the advanced phase of specialized bomber training he was flight commander of his group.

One the eve of his departure for the transatlantic flight his bomber was delayed by engine trouble, and a few nights later, it is learned, off the coast of Iceland, he encountered a storm described as being extreme in violence.

Among letters of sympathy from Army officials is one from Commanding General H.H. Arnold of the Army Air Forces to the young pilot’s mother, which reads:

“My dear Mrs. Plyley With keen regret I have learned that your son, First Lieutenant Frederick Kennedy Plyley, previously reported missing, died April 24, 1943, while flying in the service of his country in the European Area.

“My attention has been called to the fine spirit of cooperation and the ability to adapt himself to any situation which characterized Lieutenant Plyley from the beginning of his military career. He was a brave pilot and a loyal officer whose integrity and perseverance commanded the high regard of all associates, and we of the Army Air Forces feel that his passing represents a distinct loss to the service. Mere words cannot compensate for the loss of your son, but I hope time will temper your grief and that you will be consoled to some extent by the knowledge that he gave his utmost for the cause of our country.

“I offer my deepest sympathy to you and to other members of the family.”

Another clipping was a letter written by Lieut. Raymond H. Bidwell to the sister of Lieut. Plyley. 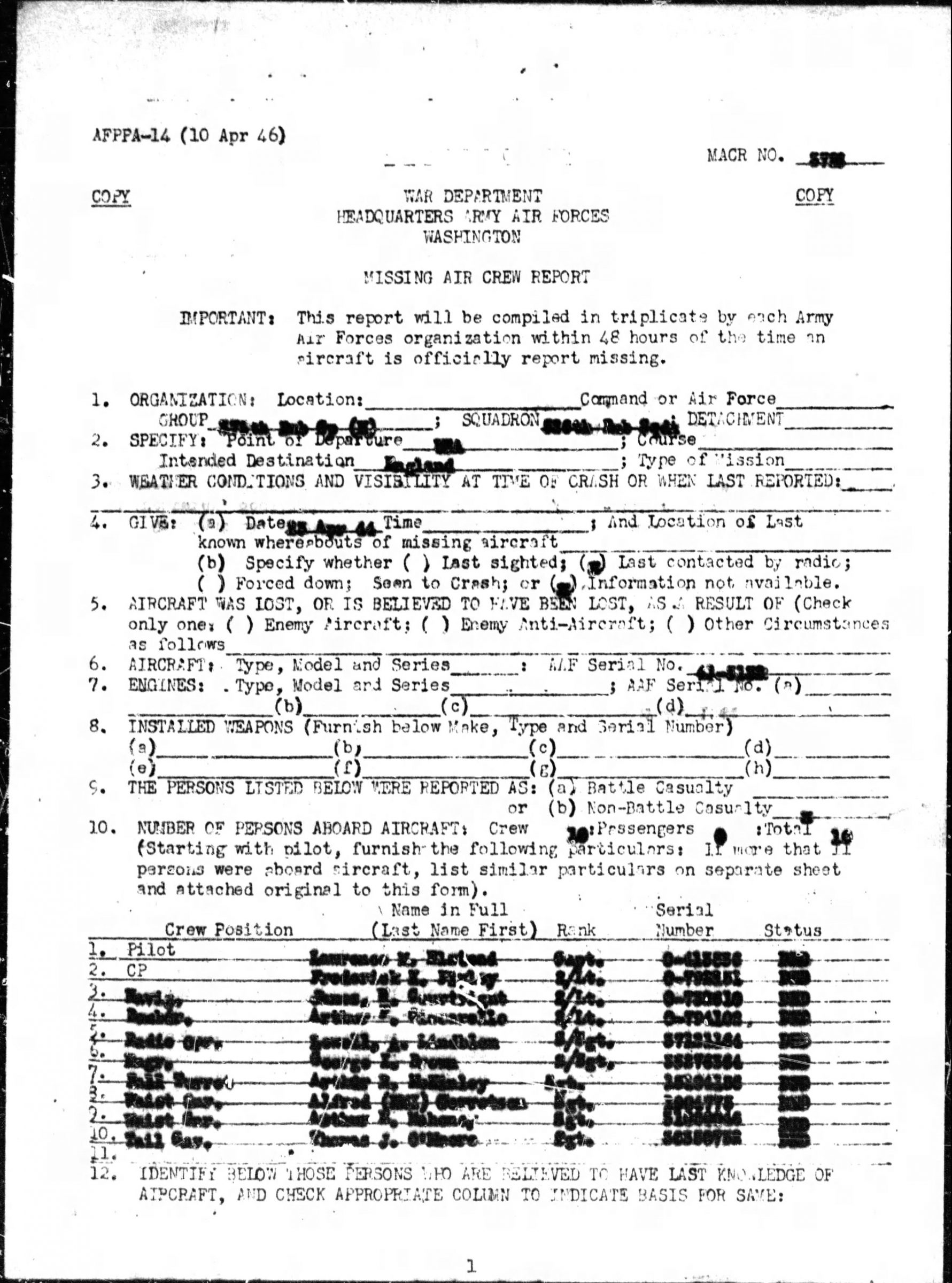 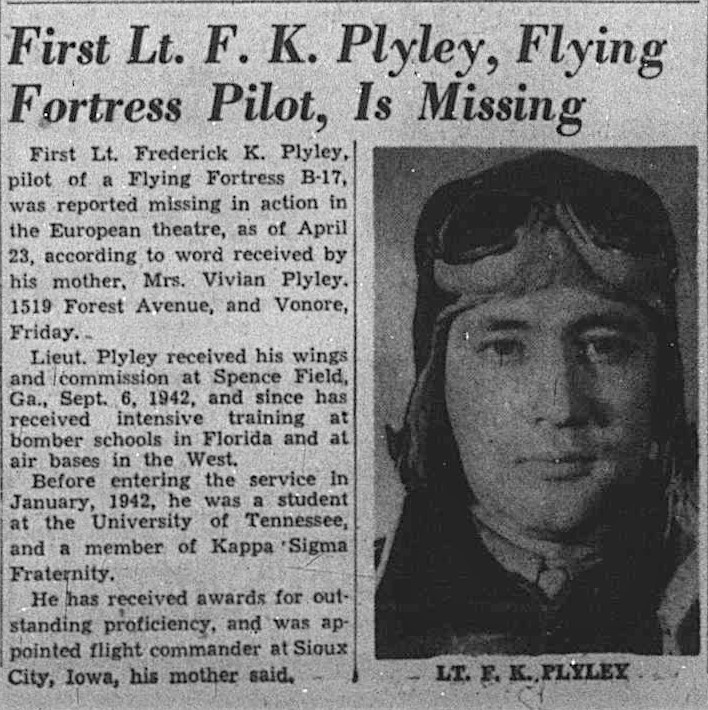