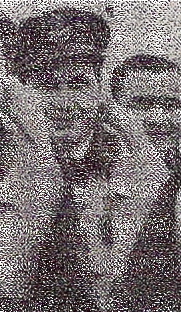 Frederick Arvon Gamble was a member of the American Eagle Squadron of the Royal Air Force. Killed in an aircraft accident.

Attended Central High School, graduated from the George Washington University, 1940. Gamble, who had been in the RAF one year, trained in Canada about four months before being sent for active duty.

P/O Gamble was killed as the result of a flying accident. He crashed 400 yards east of Northolt Dive Bombing School, Northolt, Middlesex, England. 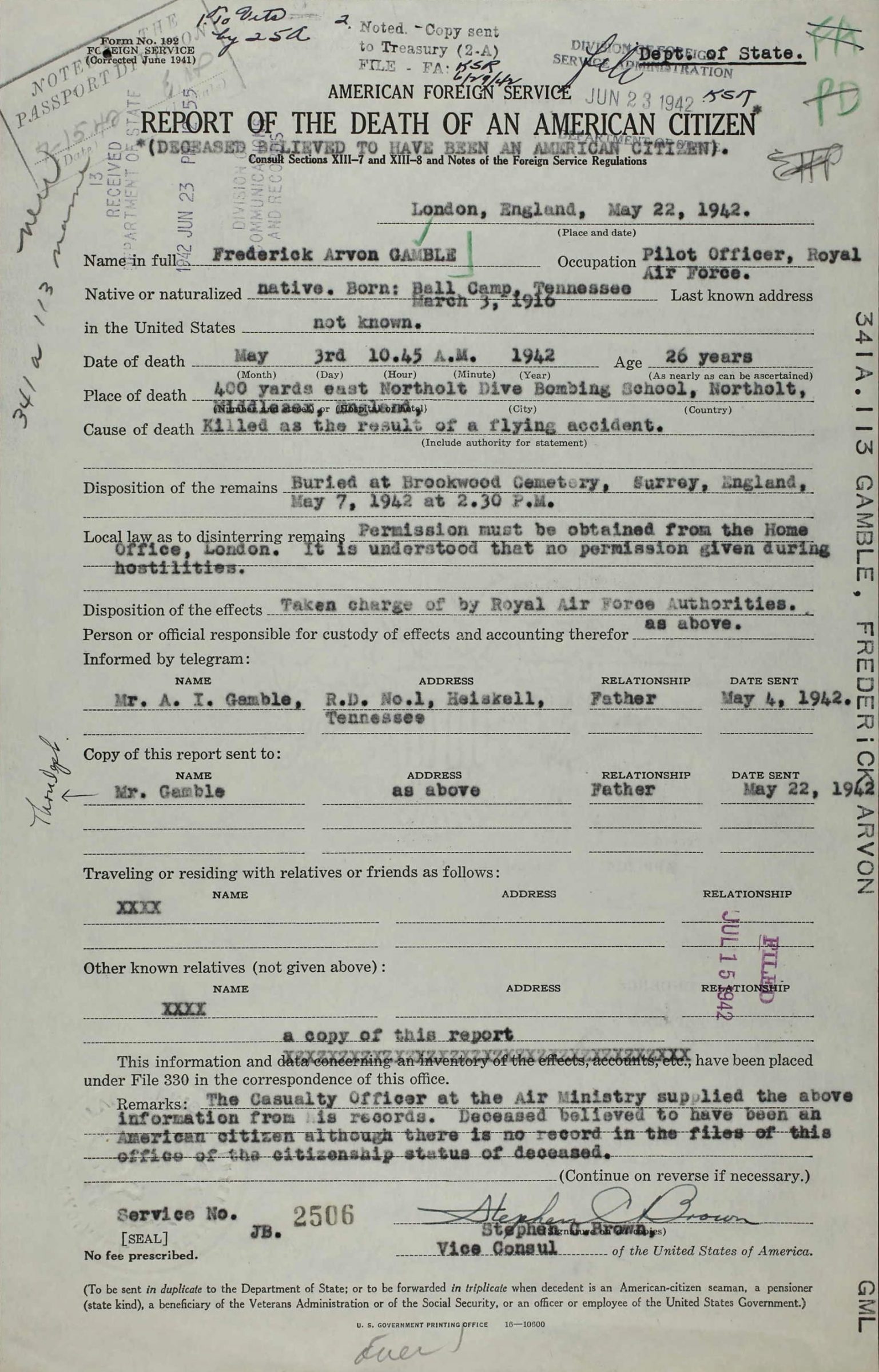 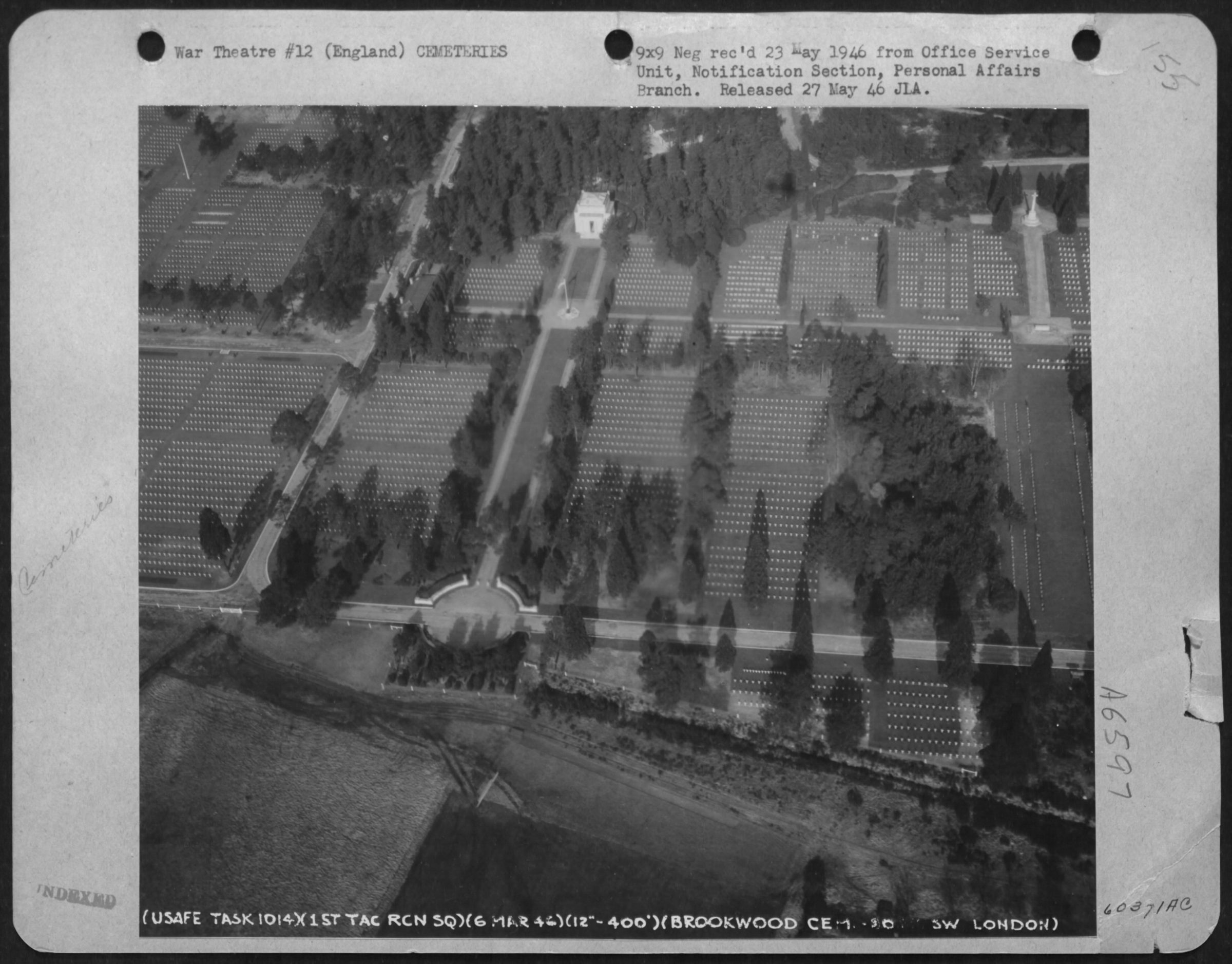