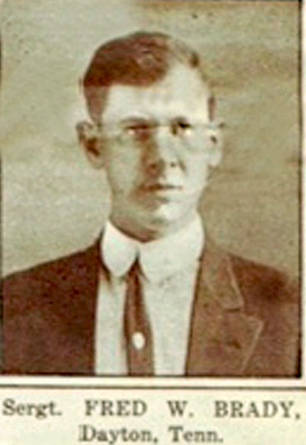 Fred W. Brady (born 1889 in Dayton, TN, died 1918) was one of a Sunday school class of seventeen who volunteered in World War I. Sergeant Brady, Co. C, 105th Signal Battalion, was killed in action at Estrées, France, while serving with the Thirtieth Division of the American Expeditionary Force. After the war, his body was returned to the United States and laid to rest in the family plot where his grandfather, John S. Whaley, who was killed in the Civil War, is buried. Sergeant Brady’s tombstone bears the inscription, “Last Words–Have Done My Best.” In his memory, a gold star hangs on the wall of his Sunday school room. The Fred W. Brady Post of the American Legion in Dayton is named for him. Unmarried.
–Submitted by Virginia Knight Nelson 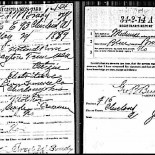 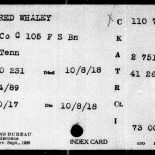 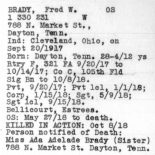