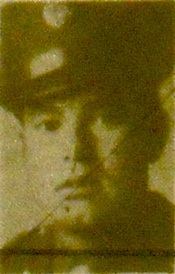 Fred was born in Sulphur Springs, Washington County, Tennessee on 25 February 1914. He enlisted in the United States Army on 13 March 1942 at Fort Oglethorpe, Georgia and afterwards sent to Camp Claiborne, Louisiana for the reactivation of the 82nd Infantry Division on 25 March 1942. Fred was assigned to the 325th Infantry Regiment and training began. Once their vehicles and heavy equipment arrived they were reclassified as the 325th Motorized Infantry Regiment.

On 15 August 1942 the division was redesignated the 82nd Airborne Division, thus becoming our nation’s first Airborne Division and the 325th later became the 325th Glider Infantry Regiment. In October 1942, Fred and the entire division were sent to Fort Bragg, North Carolina for airborne school. Afterwards, he completed glider training at the Laurinburg-Maxton Army Air Base, North Carolina and was assigned to Company F, Second Battalion.

Fred and the 325th sailed out of New England and landed at Casablanca, French Morocco, North Africa on 10 May 1943. He was trucked to Tunisia were they readied for the invasion of Sicily, Operation Husky on 9-10 July 1943. His first battle would not be a glider drop, but a landing by sea. Later, during Operation Avalanche that began on 9 September 1943, they again arrived by sea and landed at Paestum some 18 miles south of Salerno, Italy on 15 September to await orders. The next day, Fred and the 2nd Battalion reloaded onto the landing crafts and were moved further north to Maiori. Here they were attached to Colonel William O. Darby’s Ranger Task Force holding the 4000 foot Mount St. Angelo di Cava. After Italy, the 325th set sail for Ireland and England with the entire 82nd Airborne Division to begin training for the invasion of France.

Fred’s combat glider drop would come on 7 June 1944 during Operation Overlord the day after the invasion began in the vicinity of St. Mere Eglise to reinforce the Parachute Regiments that dropped in the morning before on D-Day. After 33 days of bloody combat the 82nd was pulled back to England for a rest and to reoutfit. On 17 September, Fred and the 82nd conducted its fourth combat assault of the war during Operation Market Garden in the Netherlands and captured all their objectives. Due to the defeat of other Allied Forces at the Battle of Arnhem they were sent to France. 18 December, two days after the Germans launched a surprise offensive through the Ardennes Forest, Fred and his unit joined the fight that became known as the Battle of the Bulge. It was during this battle at Baraque-de-Fraiture, Belgium on 23 December 1944 that Fred was killed in action. He was 30 years old and for his actions, he was awarded the Purple Heart.

He was the son of Wiley Charles (W.C.) Armstrong and Stella Moore.
-Submitted by Allen D. Jackson, USAF (Ret) 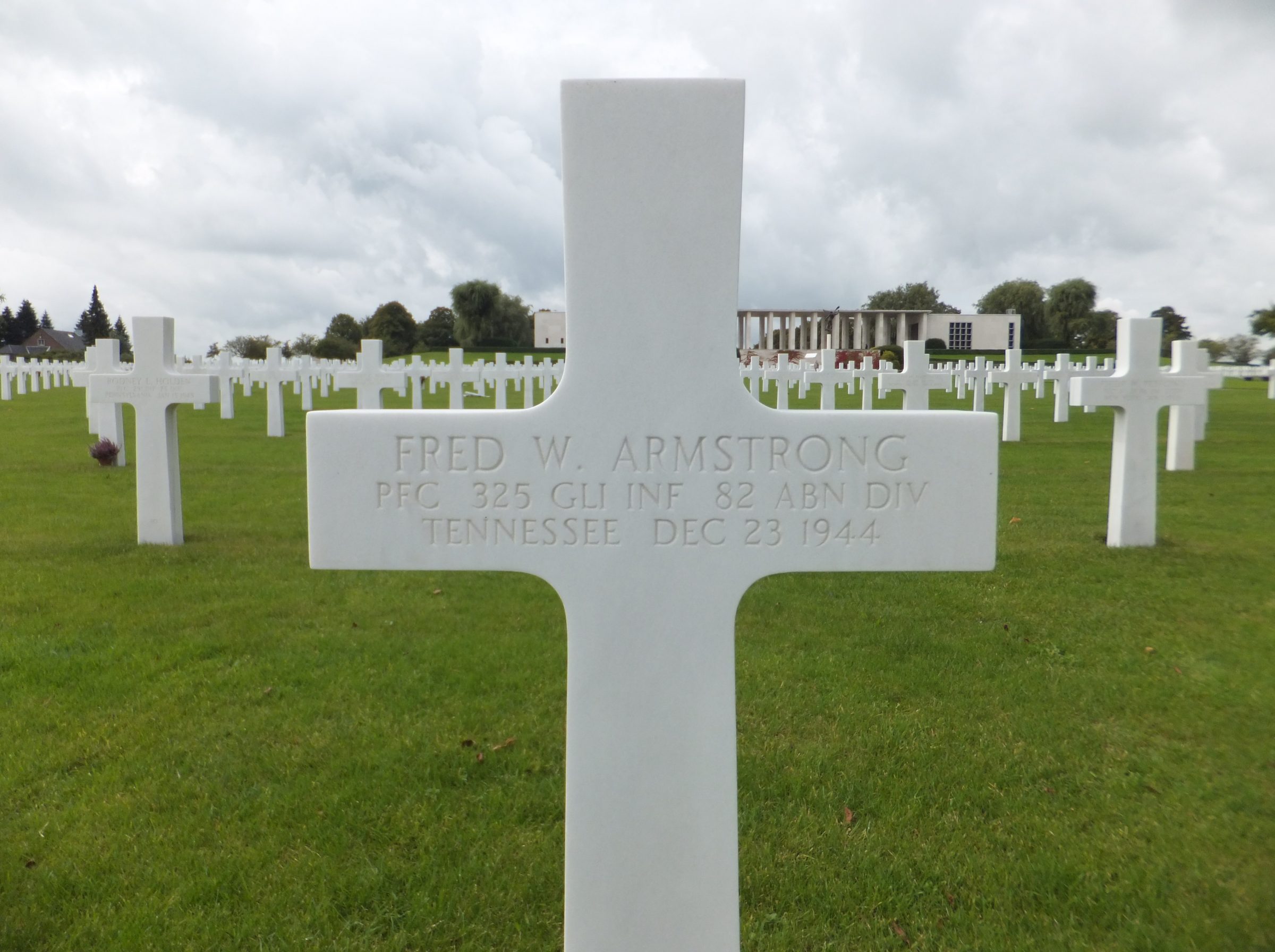 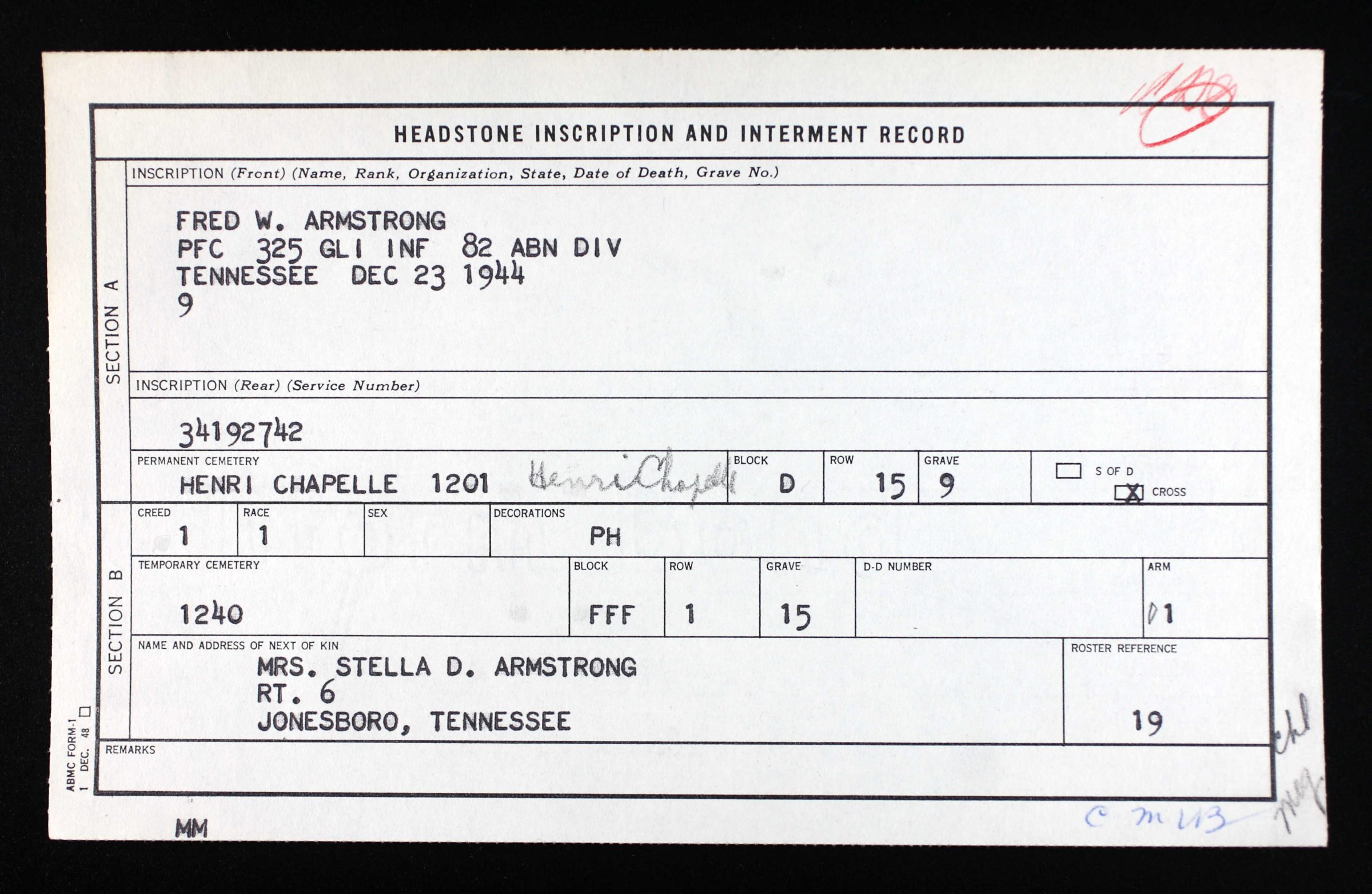