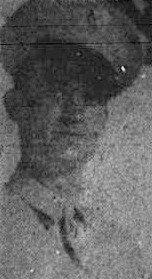 The Knoxville Journal, November 15, 1942
Pvt. Fred Suffridge, 33, son of Mrs. Bertha Suffridge, Jacksboro Pike, Fountain City, died at 6 a.m. yesterday at Camp Blanding, Fla., according to a message received by the mother. He was a son of the late J.A. Suffridge. Young Suffridge attended Fountain City Grammar School. Before he was inducted in the U.S. Army May 6, he was employed in engineering work. He had been at Camp Pickett, Va., until recently when he was transferred to Camp Blanding. He stopped here for a short time to see his mother and left Nov. 5 for Camp Blanding. The message from military authorities did not mention the cause of death. The body will be brought to Knoxville and taken to Mynatt’s pending funeral announcement. Survivors include the mother and two brothers, Pvt. Lilburn Suffridge, in the U.S. Army at Fort Oglethorpe, Ga., and Hubert Suffridge, Fountain City. He was a cousin of Bob Suffridge, football star. 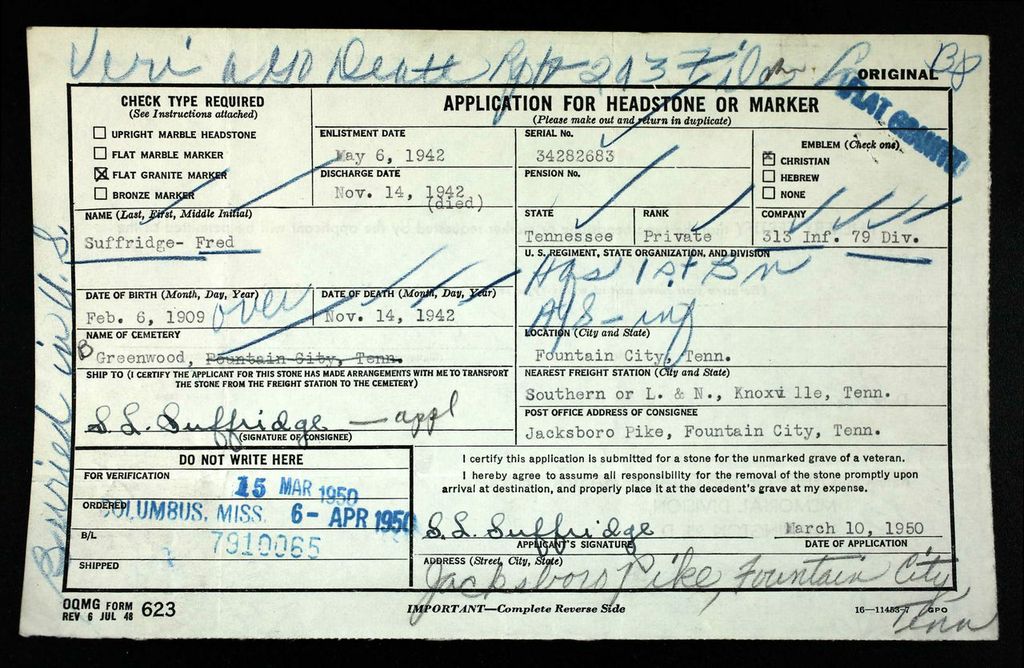 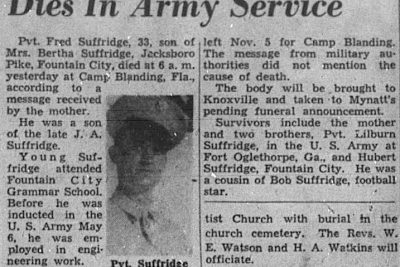