Technical Sergeant Fred Ray Hampton #14071743 US Army Air Forces, was born in 1922 in Tennessee. He was the son of Horace S. and Nancy J. Pearson Hampton. His siblings Amos, Clifford, Louise, Rex, Jack, William A., James C., and Louis.

He was assigned to the 368th Bomber Squadron, 306th Bomber Group, Heavy. Based out of Thurliegh England.

On his last mission 5th of April 1943, he was on board B-17F AC#41-24465 on a bombing mission against the Eria Works, Antwerp, Belgium. He was killed in action and was interred intially at Walcheren Island, Netherlands 4,A,AK. After the war he was moved to the Ardennes American Cemetery D,38,11 Neupre, Belgium. He was 21 years old.
Awards include the Purple Heart.

Commentary Report of a German Commander:
On 5 April 1943 at 1324 hours went the alarm in Antwerpen. The flak noticed a formation which was in a distance of 20 Km. Witness report and report of battery personel agree, that they saw one aircraft on fire and that the aircraft lost altitude. It became detached from the formation. The witness saw the aircraft turn to direction of Capellen and crash. 3 Men of the crew bailed out. The aircraft crashed north northeast of Capellen near Capellen meadow.

The plane was seen to turn back towards enemy territory near Westkapella, on Walcheren Island, with two engines smoking. It was downed by day fighters. No parachutes were reported and no search was made. Sgt Keskey is reported by Sgt Walls to have bailed safely.

Fred Hampton was found dead on the place of the crash. He was buried at Calmpthout, West Kapelle, Walcheren Island, the Netherlands, in Grave 4, Row A, Park AK. 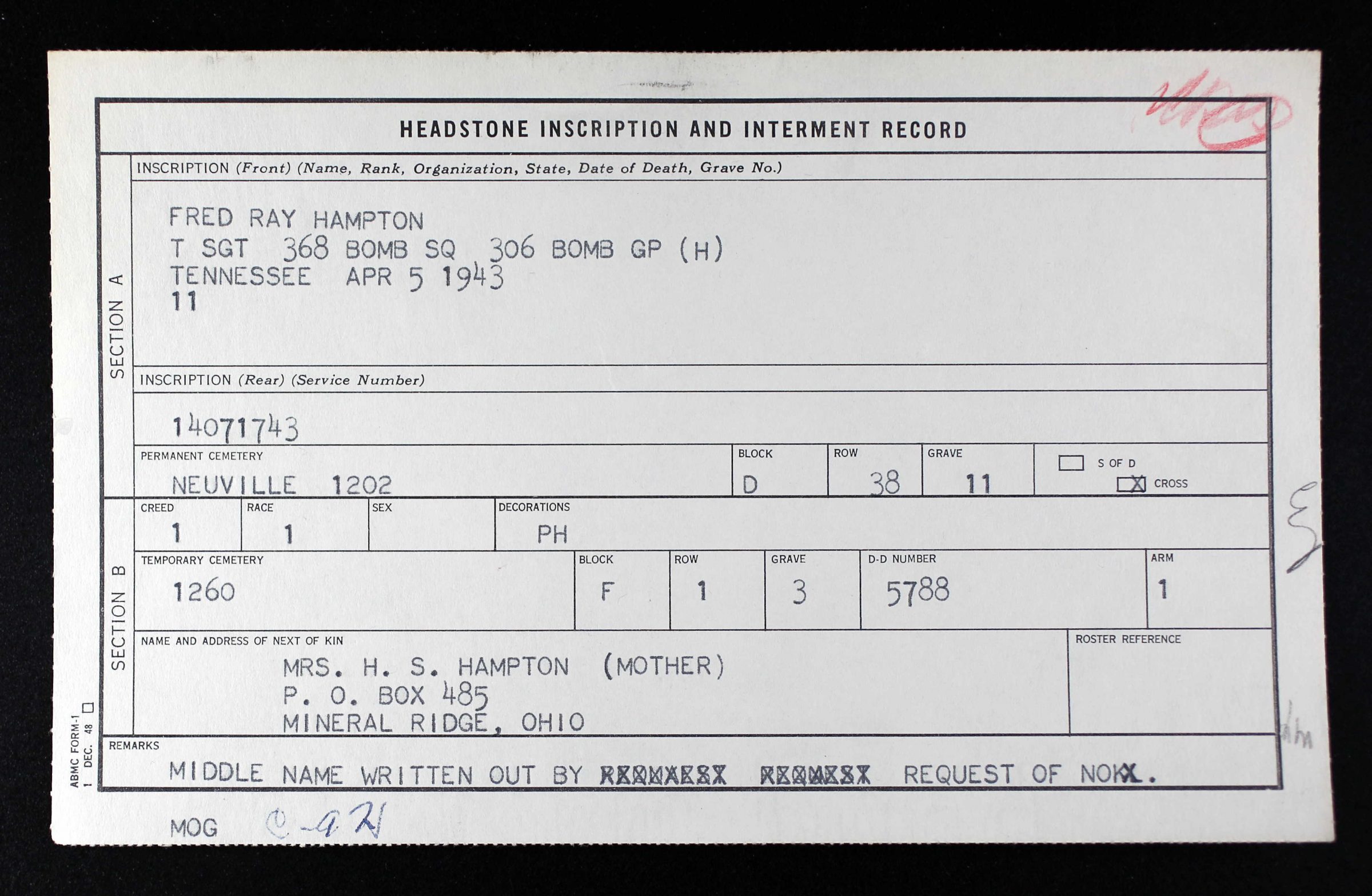 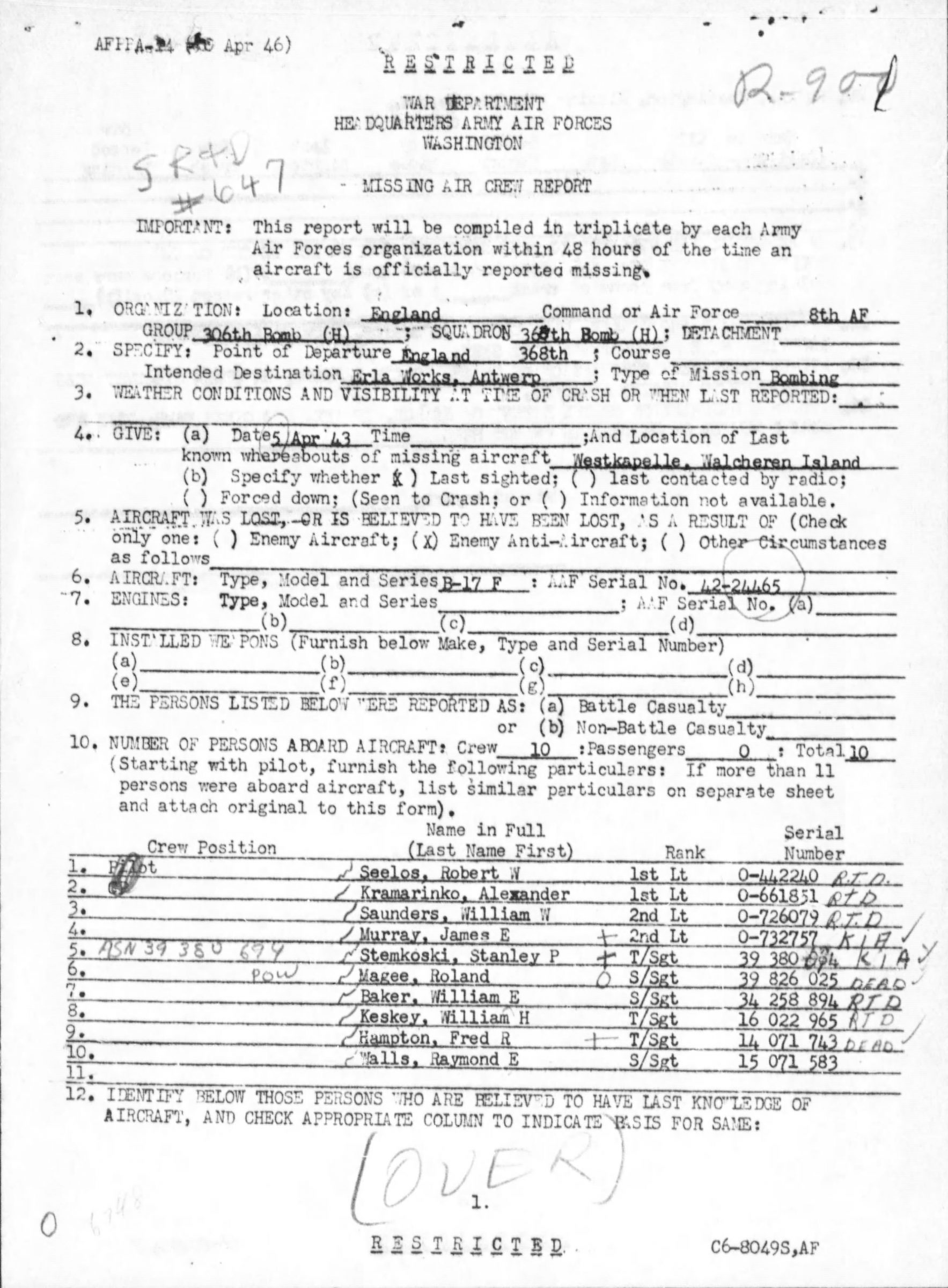